From punishment to prevention

One of the world’s top jurists Judge Sang-Hyun Song, President of the International Criminal Court, will deliver the annual Wallace Wurth Memorial Lecture at UNSW. 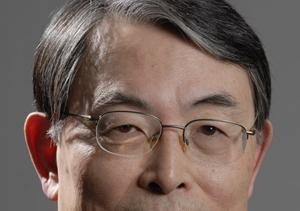 One of the world’s top jurists Judge Sang-Hyun Song, President of the International Criminal Court, will deliver the annual Wallace Wurth Memorial Lecture at the University of New South Wales next week (Tuesday 14 February).

2012 marks the tenth year of operation for the ICC and the Court’s first judgment, against former Democratic Republic of Congo rebel Thomas Lubanga.

Judge Sang-Hyun Song has been an ICC Judge since 2003 and was elected President of the Court in 2009.

He has vast experience in relevant areas of international law, principally in the domains of international humanitarian law and human rights law. Beginning his legal career as a judge-advocate in the Korean army and later as a foreign attorney in a New York law firm, Judge Song has taught as a professor of law at Seoul National University Law School and has held visiting professorships at law schools around the world, including Harvard, New York University, Melbourne and Wellington.

Judge Song is co-founder of the Legal Aid Centre for Women, and of the Childhood Leukaemia Foundation in Seoul, and the Vice-President of UNICEF/KOREA.

What: Free public lecture From Punishment to Prevention: the future of international criminal justice