A generation – 25 years – of continuous economic growth in Australia, and some excellent central banking, has led to collective complacency, writes Richard Holden. 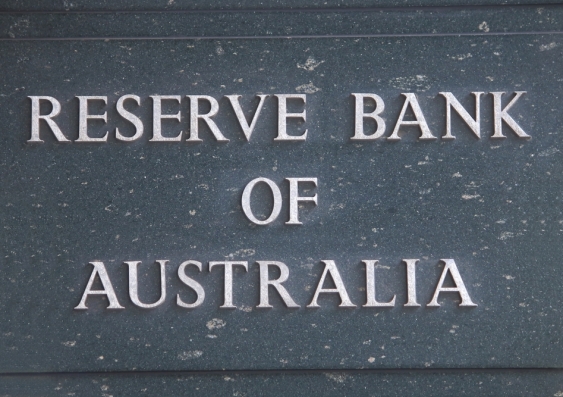 OPINION: Last week the Reserve Bank did what most economists and capital markets thought they would do, and cut the cash rate to a record low 1.5 per cent.

The move was met with much rolling of eyes, with many commentators and market participants essentially saying: "they've cut rates a lot already and it hasn't done much good".

This put the prospect of less conventional monetary measures on the table. Like Japan, the US, the UK, and Europe before us, large bond buying programs, so-called "quantitative easing" (QE), are squarely on the horizon. According to reports, the RBA has recently begun planning for this contingency.

Disturbingly, though, the RBA (and numerous market economists) see the benefit of this as lowering the Australian dollar. It was reported in this paper that the internal RBA study on QE highlighted the fall in the Australian dollar that could result from buying out foreign investors, who own around 60 per cent of the government bonds on issue.

The RBA seems obsessed with trying to lower the Australian dollar to give a boost to the export sector. Are we really now pinning our hopes for economic recovery to some quasi-mercantilist attempt at back-door exchange rate manipulation? I sure hope it hasn't come to that.

I've said repeatedly that focusing on the benefit to exporters from a lower Australian dollar fails to appreciate how large effective US dollar imports now are: from large machinery to physical technology to cloud computing, like Amazon Web Services, that power surprisingly large chunks of the service economy.

The RBA, and others, are operating with an out-of-date model of the economy in which most inputs are domestic and thus the benefits to exporters of a lower dollar dominates.

But the world has changed since those intuitions and heuristics were formed. Sure, a lower dollar helps on the export side, but hurts on the import side. And the latter has become much more important as the nature of economic inputs has changed in the technology-driven economy, and as the world economy has radically globalised.

Don't get me wrong: I think the rate cut was prudent, and more will be needed. I also think that QE may be needed. But it's the fact that after all these cuts the economy is still sputtering, and what it means for what might come, that we should really be focused on.

I have been saying for some time now (particularly in this paper) that the Australian economy, while doing better than most, is suffering from "secular stagnation" – a protracted reduction in the potential stable rate of economic growth because of a global shift in the supply of, and demand for, savings. The RBA's need to cut rates, and the fact that the economy hasn't rebounded as a result, is further evidence of this.

An obvious reason to be worried about the possibility of QE is what it signals about the state of the economy. We have been consistently told, by both sides of politics, and especially RBA governor Glenn Stevens, that the transition away from the mining boom is going smoothly. Actually, it's closer to the truth to say "we've got low inflation, low interest rates, low wages growth and low levels of business investment", as Scott Morrison did last week.

Whoever gave the treasurer the shot of truth serum prior to those remarks might remind him that his budget forecasts 4.25 per cent nominal GDP growth in 2016-17, and 5 per cent for the following three years. In light of the radical monetary policy we are already witnessing – let alone the prospect of QE – those numbers look fanciful. And that, of course, means big budget deficits, rising debt-to-GDP, and a looming credit rating downgrade.

And then there's the QE policy itself. The RBA buying up some portion of roughly $450 billion of Commonwealth government securities raises a whole host of thorny questions. Is it only going to be government bonds, or also other, riskier securities, as has occurred overseas? What maturities are going to be purchased? How quickly would the RBA's balance sheet expand? From whom are these securities to be purchased?

Finally, there's the exit strategy to consider. It's no overstatement to say that nobody in the world really knows what unwinding a major central bank bond-buying program involves, precisely. In particular, how does the upward pressure on long term yields, as happens when QE rolls off, interact with rising short-term rates – as would occur in the event of recovery? This is unchartered territory.

What should happen – even if it is in conjunction with QE – is large-scale infrastructure spending. The government can borrow at historically low levels and has a unique opportunity to both renew our critical infrastructure and also help combat secular stagnation. Borrowing to fund regular expenditure is a problem, but as any good businessperson will tell you, investing in high-return projects at low cost is a no-brainer.

A generation – 25 years – of continuous economic growth in Australia, and some excellent central banking, has led to collective complacency. The RBA now has 150 basis points of wiggle room left before it needs to embark upon a program of extraordinary measures. That prospect alone should shake us out of our complacency.

This article was first published in The Australian Financial Review.