Workers further down supply chains are being left destitute and exposed to exploitation. 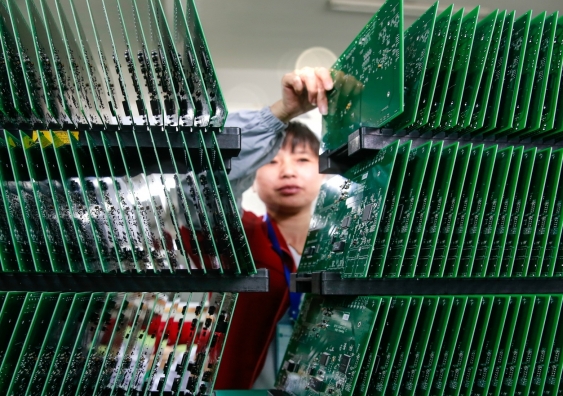 The COVID-19 coronavirus is officially a pandemic, the US and Australian share markets have collapsed, both governments have unveiled stimulus packages, and Australia’s trade union movement is worried about the position of casuals.

But things are worse overseas, including for the workers who make products for Australians.

20,000 garment workers in Cambodia face job losses from factory closures because of shortages of raw materials from China and reduced orders from buyers in the virus-affected locations including the United States and Europe.

Thousands have already lost their jobs in Myanmar.

Garment workers in Sri Lanka and Bangladesh are uncertain of their futures.

COVID-19 is affecting supply chains and disrupting manufacturing around the world.

In February, Apple warned investors it would not meet its revenue forecasts due to impacts of the coronavirus on both iPhone manufacturing and its sales in China.

Many companies are prioritising safety in responding to the outbreak, including Amazon, which has urged its workforce to focus on “the safety of our teams”.

But what does it mean by its workforce, and how does it define its “teams”?

Amazon has 800,000 direct employees, but tens of thousands more in its supply chain.

Apple was estimated to have 139,000 employees in 2019, but as part of it supplier responsibility program in the same year it provided training to more than 3.6 million.

Supply chain workers are not directly employed by the brands for whom they produce goods, and can be left destitute when the work stops, needing to search for even more precarious work and exposing themselves to a greater risk of exploitation.

As work dries up, desperation among workers grows. In such circumstances working conditions can quickly deteriorate at the hands of unscrupulous employers. This can result in modern slavery, which includes forced labour and human trafficking.

Extreme examples, such as those experienced by Uyghurs’ working as forced labourers in Chinese supply chains or fisherman trapped on boats in the Pacific, might seem remote to us, but they are part of the delivery of goods most of us consume daily.

A Walk Free Foundation report provided a comprehensive assessment of modern slavery in the Pacific including exploitation in labour mobility schemes and the commercial sexual exploitation of children.

And a report from the Australian Strategic Policy Institute provided grim details of the mass transfer of Uyghur and other ethnic minorities to factories across China to produce products for some of the world’s most profitable brands.

From this year, the more than 3,000 companies with turnovers in excess of A$100 million will have to publicly report on the modern slavery risks in their operations and supply chains and the action they have taken to tackle them as a requirement of Australia’s new Modern Slavery Act.

The Modern Slavery Act is a sliding door

Australia’s Modern Slavery Act, which comes into force later this year, offers Australian companies an opportunity to take a holistic approach to preventing and addressing risks in all parts of their operation, not only those involving people they directly employ.

But it isn’t certain that they all will.

After the introduction of Britain’s Modern Slavery Act in 2015 some companies chose to take a narrow approach to investigating and reporting on what went on their supply chains.

Companies need to drill down beyond their direct suppliers. Some will be able to easily trace the origin of their raw materials, most will not.

The second step is to understand risk correctly.

It is important to consider not only risks to the business, but also the risks the business poses to others, including its indirect employees.

The persistence of modern slavery derives in part from purchasing practices that put extreme pressure on suppliers, such as extremely tight production windows, short-term contracts, last-minute or short-term orders and severe payment terms.

Finally, it is vital that companies engage and collaborate with others, including suppliers, workers and the public in order to understand how best to address these risks.

The next few months will provide vital clues as to whether Australian companies are really serious about addressing modern slavery, or whether they regard the Act as merely symbolic.

The increasingly-common mantra of aligning profit with purpose can’t only apply in the good times.