Opinion Real reasons behind the Greek crisis: inefficiency and a fudged budget deficit

From the outset, economic history was against Greece joining the Euro, writes Ross Buckley. 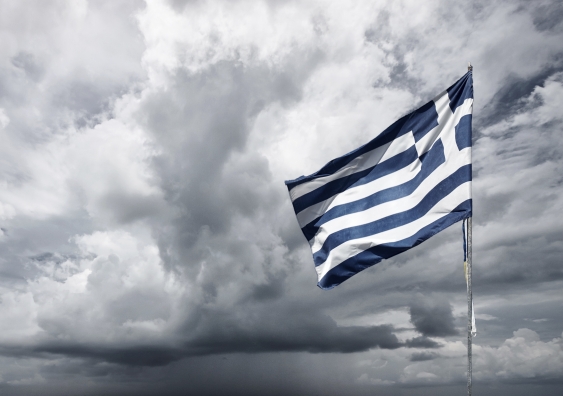 OPINION: The Greek people have rejected more austerity imposed from Frankfurt. This is unsurprising. Voters rarely vote for higher taxes and lower pensions. However other polls reveal that the Greek people equally strongly want to retain the euro. So this is one giant gamble. The Greeks are betting that the potential damage to other countries, especially Spain and Italy, and thus to the very fabric of the euro, is simply too great for the eurozone to eject Greece.

When voting on Sunday, most Greeks probably felt they were reclaiming control of their own economy. However, paradoxically, the No vote has done the opposite. Greece's short to medium-term economic future is now in the hands of others, particularly Germany and France.

Greek banks are all but out of euros. Normally in this situation a nation's central bank simply prints more currency. Greece can't do that, as no one country controls production of the euro. So the options over the next month or so seem to be that either Germany, France and the European Central Bank blink, and extend more credit to Greece, or Greece's financial system will cease functioning and ultimately it will be forced to print drachma.

Whether Greece's creditors blink is now the pressing question – but what of the bigger picture? How did Greece get into this mess in the first place?

At one level the answer is because Greece has managed itself appallingly for the past 20 years. Governments bought votes by bestowing unaffordable pensions on civil servants and retirees more generally, compounded the problem by failing to collect taxes properly, and went on a borrowing binge. After joining the euro in 2001 interest rates on Greek and German government debt were essentially the same for the next seven years. The financial markets failed to properly price Greek risk. The fact the euro was Greece's currency never meant it was as good a bet financially as Germany. Yet once the Greek government could borrow as cheaply as the German government, it did, and spent with abandon.

For instance, to stage the 2004 Summer Olympics Greece spent nine times as much as Sydney had four years earlier. To be fair, the Greek expenses included building a new subway system; whereas, somehow, Sydney simply managed to make its existing train system work efficiently – a trick the city has never been able to replicate before or since. But Greece spent money as if there would never be any reckoning.

Furthermore, Greece had earlier fudged its budget figures to gain entry to the euro in 2001, as its Finance Minister explicitly admitted in 2004. Greece's actual budget deficits were 6.44 per cent and 4.13 per cent when they needed to be under 3 per cent to be eligible to join the euro. Greece achieved this sleight-of-hand with some very creative accounting, ably assisted by a leading Wall Street investment bank.

So a large part of the blame for the present mess falls upon Greece, but not all the blame. As mentioned, for seven years the markets failed to properly price Greek credit risk. And for a century before joining the euro, Greece's currency devalued almost every year. This was how Greece remained competitive, and it is the magic of floating exchange rates. When an economy is doing poorly, its exchange rate depreciates which makes its exports cheaper and imports more expensive, and so the balance of trade improves and the economy tends to grow and return to equilibrium.

A good example was seen here during the Asian crisis. Between January 1997 and June 1998 the Aussie dollar fell 24 per cent in value. So an Australian earning $A40,000 in January 1997 was then earning $US31,600. This fell to $US24,000 in mid-1998 due to the fall in the value of our dollar. We noticed this when travelling abroad, but otherwise Australians in January 1997 or June '98 were earning the same in Aussie dollars so their lives went on largely as before. Yet companies employing them could suddenly produce goods much more cheaply (in US dollar terms) for export and so our economy kept growing.

Joining the euro denied Greece this adjustment mechanism. The drachma devalued steadily over decades because the average Greek produces much less than the average German. Suddenly, without exchange rate adjustments, to maintain competitiveness, Greeks had to accept actual salary reductions. This hurts. Imagine if, like many Greeks, your salary had been cut by 40 to 50 per cent in the past five years.

All this was well known before Greece joined the euro; and agreements were entered as to the size of the budget deficit (which was fudged) and the levels of government borrowing, to try and head off the problem. But the value of an exchange rate is principally determined not by government deficit or debt levels, but by the productivity of the nation's economy and people.

I asked a senior European Parliamentarian how Europe would manage this in 1999 and, being French, he replied haughtily that Europe would manage productivity differences precisely the way the US did, by fiscal transfers. At the time, he seemed coherent and lucid, and he is correct about the US where funds are redistributed from richer to poorer states, the same way our more prosperous states subsidise Tasmania. But this was never a realistic prospect within Europe. The cohesiveness of Europe is far less than that of America or Australia. If the Parliamentary leader really believed this in 1999, he must have been drinking something much better than retsina or ouzo, for it is tough to be three sheets to the wind on that stuff.

From the outset economic history was against Greece joining the Euro. It was from the beginning a political and security decision to admit Greece, not an economic one. A continent riven by two bloody wars wanted to ensure there would never be a third. This was never about economics but now the economic consequences are being faced.