It's been argued Australia should follow Ireland's lead on same-sex marriage and hold a referendum to bypass an unwilling Parliament. While the sentiment is positive, the idea is flawed, writes George Williams. 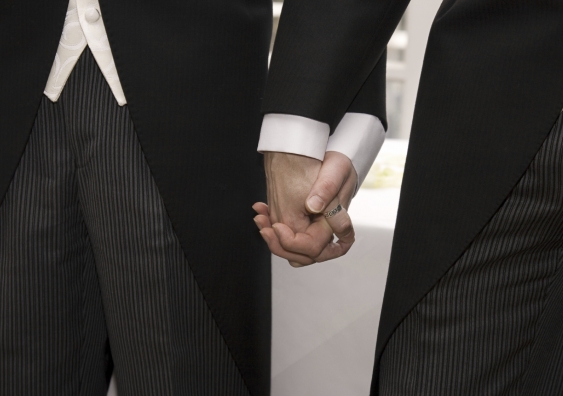 OPINION: On Friday, the Republic of Ireland will vote on whether to legalise same-sex marriage. The answer may well be yes, with one poll showing 78 per cent of voters in favour. Australians are also asking whether a referendum should be held here given the inaction of our Federal Parliament. A referendum might enable the clear majority of Australians who support same-sex marriage to prevail over our intransigent representatives.

Ireland is holding a referendum because its parliament cannot pass a law in favour of same-sex marriage. This is due to its constitution, which is embedded with a range of values antagonistic to the idea.

The Irish constitution came into force in 1937, and reflects the thinking of the time and the influence of the Catholic Church. Article 41 "recognises the family as the natural primary and fundamental unit group of society". It says that the state must "protect the family in its constitution and authority, as the necessary basis of social order and as indispensable to the welfare of the nation".

Article 41 also mentions the role of a woman "within the home ... without which the common good cannot be achieved" and that the state must "ensure that mothers shall not be obliged by economic necessity to engage in labour to the neglect of their duties in the home". Finally, the constitution requires the state to "guard with special care the institution of marriage, on which the family is founded, and to protect it against attack".

Ireland shows the danger of entrenching social values in a nation's constitution. What may seem unobjectionable at one point in time can prevent reform 50 years or even a century down the track. Hence, Ireland's former minister for justice and equality, Alan Shatter has said: "The clear position arising from case law in Ireland ... is that marriage is understood as being between one man and one woman, ideally for life. The government considers that it would be constitutionally unsound to legislate for marriage between same-sex couples in the absence of a constitutional amendment."

This has led to Friday's referendum to change the Irish constitution. If passed, the document will include the words: "Marriage may be contracted in accordance with law by two persons without distinction as to their sex."

The reasoning that has produced the Irish vote does not apply to Australia. Our constitution does not set out the importance of the family, or the role of women in society. While it mentions "marriage", it does so only by way of stating that the Federal Parliament can pass laws on the subject.

There had been doubt about whether this federal power over marriage could be used to recognise same-sex marriage. It was arguable that it extended only to recognising the type of marriage that existed in 1901 when the constitution came into force, that is, marriage between a man and a woman.

These doubts have now been quashed. In striking down the ACT's recognition of same-sex marriage in 2013, the High Court held that the federal marriage power can authorise marriage between people of the same sex. It described marriage in gender-neutral terms as being "a consensual union formed between natural persons in accordance with legally prescribed requirements".

The High Court's decision did not give legal recognition to same-sex marriage in Australia. It merely clarified that the Federal Parliament has the power to bring this about. As a result, no referendum to change the constitution is required.

It might be argued that Australia should nonetheless hold a referendum to bypass an unwilling Parliament. This idea is flawed, if only because such a referendum can be held only with the consent of Parliament. In any event, holding a referendum to entrench the idea of same-sex marriage in the Australian constitution would be unwise. As with the Irish text on the family and the role of women, it runs the risk of preventing future developments. It is better to leave these matters to parliamentarians to resolve so that concepts like marriage can evolve over time.

Quite apart from the legal issues, holding a referendum would be a fraught and difficult way of achieving change. In putting a yes/no proposition to the community, referendums necessarily polarise debate. As a result, even if the referendum did succeed, it may leave bitterness and division in its wake. This is one of the fears emerging now in Ireland, where sharp opposition to the referendum has emerged from a number of quarters, including in particular the Catholic Church.

It is time that Australia joined other nations in permitting people of the same sex to marry. This though should not be achieved by way of a referendum. For better or for worse, the question must be left to our elected representatives in Parliament.

Republic looks a bridge too far