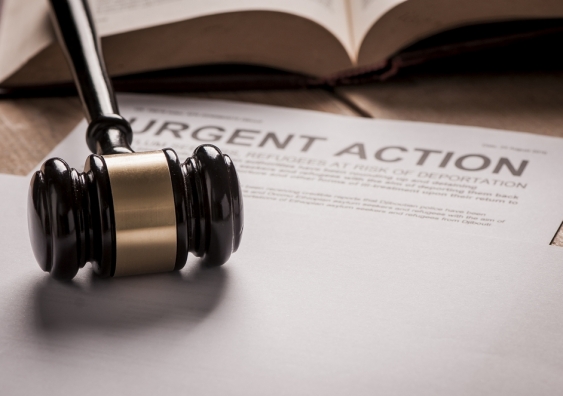 OPINION: Access to funding for litigation has become a critical component of class action cases in Australia. This is because it provides the necessary financing for this form of expensive and complex litigation.

Yet its unregulated nature may expose consumers to the risk of the funder becoming insolvent or simply failing to pay legal fees – or, if a class action is lost, the defendant’s costs.

To create regulations that cover this, the courts and regulators need to pay attention to unsuccessful class actions, where the funder is required to honour obligations to claimants to pay legal fees and the defendant’s costs.

But, currently, the only guidance, such as the Federal Court’s recent judgments and the Victorian attorney-general’s referral of the issue to the Victorian Law Reform Commission, focuses on a successful class action where the funder is actually receiving its fee.

Two important regulatory pillars – licensing and capital adequacy – are missing. This is despite the Productivity Commission recommending in 2014 that both be introduced.

The lack of a licensing regime means anyone or any entity can fund litigation in Australia – except for lawyers, as contingency fees are illegal. Also, without capital adequacy requirements, there is no protection for claimants (or defendants) to ensure the funder has sufficient resources to be able to pay legal fees and meet any adverse costs order.

This creates the potential for inadequately resourced funders to litigate for profit but avoid the costs if unsuccessful. Currently, funders can protect themselves by being based offshore and/or by using subsidiaries with limited financial resources to undertake funding obligations.

There is only partial protection against a funder with inadequate capital at the moment. This involves a court order for “security for costs”. This requires the funder to take steps to make funds or assets available at the beginning of litigation to pay the defendant’s costs in the event the litigation fails.

However, it is common practice that the amount of security a court requires to be posted is substantially lower than the costs the defendant actually incurs. So, the claimant bringing the case may be still liable for those costs.

How does litigation funding work?

In a typical litigation funding arrangement, the funder will enter into an agreement with one or more potential claimants. The funder agrees to pay the litigation costs – such as lawyers' fees and expert witness fees – and promises the claimant will pay the defendant's costs if the claim fails.

Litigation funding removes all of the costs exposure a claimant may have. In return, if the claim is successful, the funder will receive a fee. This is typically a specified percentage of any funds recovered by the claimants either by way of settlement or judgment. The funder will also be reimbursed the litigation costs.

The Federal Court has taken significant steps to reassert that court access is primarily for the people who have been harmed. It says it has the power to supervise litigation funding charges in class actions.

In the recent shareholder class actions against insurance giant QBE and Newcrest Mining, the court recognised that the funder's fee is usually the largest single deduction from what the claimants manage to recover in funded class actions.

Many claimants are at a disadvantage in negotiating litigation funding agreements because they have small claims and need the funding more than the funder needs them to be part of the class action.

The Federal Court aims to prevent excessive or disproportionate charges to claimants. This means funders are subject to the same scrutiny that already exists for lawyers and their fees.

The court’s supervision of funding charges will mean funders will need to justify the fees charged. Therefore, a fee must reflect the real risks the funder assumes in facilitating access for the claimants to justice and the recoveries achieved.

The failure to regulate litigation funders is becoming more problematic. This is because more funders, particularly from overseas, are entering the market. There have been class action failures, which may become more common as more funders start to chase profits in Australia.

Class actions over bank fees and equine influenza are two recent examples of litigation that failed.

The bank fees class action was a highly publicised attempt to seek repayment of overdraft and other bank fees to customers. This failed when the fees were found not to be illegal.

The case involved a number of hearings and multiple appeals, which led to a large liability for costs. Fortunately for the claimants (and the defendants), an Australian-listed corporation with a healthy balance sheet funded the class action.

The equine influenza class action dealt with claims against the federal government for failing to prevent the virus escaping from a quarantine station, which led to the infection of thousands of horses.

Partway through the class action, the overseas funder became bankrupt amid allegations its parent company was engaged in fraudulent activities. The class action settled for no compensation; each side bore its own costs. Justice Foster observed the settlement meant the lead claimant avoided:

… a very substantial adverse costs order being made against them.

Lawyers acting for the plaintiff reportedly had A$11 million in unpaid fees. The litigation funder would have been liable to protect the claimants from adverse costs orders and pay the legal fees had it not collapsed. The settlement’s terms averted a near-disaster for the lead claimant.

Legal fees must link to the verdict achieved