International human rights expert addresses whether an amendment to the Sex Discrimination Act is a threat to religious freedom. 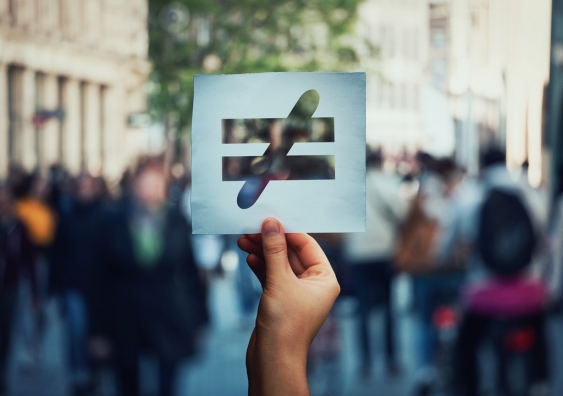 If enacted, the religious discrimination bill would have allowed faith-based schools to expel those who do not abide by the institution’s religious principles. Photo: Shutterstock

A few weeks ago, an amendment to the Sex Discrimination Act prohibiting the expulsion of transgender students, prompted the federal government to shelve its own Religious Discrimination Bill. If passed the bill would have allowed faith-based schools to expel LGBTIQ+ students, staff or students whose parents are in a same sex relationship.

But as a school – faith-based or not – many argue that the focus should be on the duty of care towards vulnerable children, rather than discriminating against them for being different. A 2017 study indicated that more than 70 per cent of young people identifying as transgender have experienced anxiety. Without a proper support system in place, this can escalate to serious mental health concerns at a young age.

What does the removal of section 38(3) of the Sex Discrimination Act mean for faith-based schools?

International human rights expert Professor Lucas Lixinski says that section 38(3) of the Sex Discrimination Act creates an exemption that allows religious schools to discriminate against LGBTIQ+ people, divorced people, and unwed pregnant women, as long as they believe that the mere presence of these people would somehow disrupt the religious sensitivities of people of faith.

What this essentially means is that under this section, religious institutions are allowed to protect the religious beliefs they teach. So, the removal of this section will effectively revoke their legal right to expel students who do not abide by the institution’s religious principles.

“Abolishing this section means that religious schools need to adapt to a world where discrimination is unlawful and align them with a secular society that might be moving too fast for them. It can be seen as harming religious freedom because it forces religion to open up to a world with which they may disagree,” Prof. Lixinski says.

Does the religious discrimination bill prioritise religious beliefs over other human rights?

Three years ago, the government proposed the Religious Discrimination Bill in a move to protect religious freedom. If enacted, this bill would have prohibited religious discrimination and would have given people the right to file a formal complaint to the federal Human Rights Commission.

But whether the current bill would have marked a historical milestone for Australians is a different story. Religious discrimination is already illegal in all states except for NSW and South Australia. Experts say the need for this bill was not ground-breaking, nor urgent.

In fact, a survey conducted by the Parliament on the Religious Discrimination Bill indicated that 80 per cent of Australians already supported the right of religious organisations to maintain their identity and religious tenets.

“Still, Australia is one of the few countries in the world that does not have a national bill of rights, and it desperately needs one,” Prof. Lixinski says.

“By choosing one human right (freedom of religion) over others, the bill unbalanced the protection of human rights. Doing it in piecemeal fashion, without considering the limits of the right a bill is attempting to protect, creates potentially destructive imbalances.”

The key to navigating the rights of religious communities is to understand that the right to express and practise religion needs to:

(1) apply only in relation to the members of that community, there being a clear limit set by the rights of others; and

(2) that it is not for the state, in a country like Australia, to fund or otherwise sponsor or support a specific view of religion.

“So, the government may have a role in protecting faiths and belief systems in general, but only if doing so does not create discrimination against other segments of society,” Prof. Lixinski says.

How can the government help foster a more inclusive society?

According to the Australian Human Rights Commission, “one in four of Australia’s population was born overseas, of which 46 per cent have at least one parent born overseas”. This melting pot of different cultures is a strong indicator that much consideration should be given to multiculturalism and the freedom of choice of having religious beliefs or not.

But a debate on religious freedom should not seek to sacrifice the freedom of the LGBTIQ+ community, Prof. Lixinski says.

“It should not be a difficult proposition in an advanced liberal democracy, and yet government has promised to endorse the views of what they perceive to be a majority of society to discriminate against a minority,” Prof. Lixinski says.

What’s next for the Religious Discrimination Bill?

The government reportedly changed its stance on the Religious Discrimination Bill since the Australian Christian lobby refused to support it if the protections guaranteeing them the right to discriminate against LGBTIQ+ groups, were removed.

This sudden change in support indicating that changes to the bill would “do more harm than good” if the right to discriminate is removed, signals that the real intention of the bill was barely to protect religious freedom.

“It was about sending a signal to the LGBTIQ+ community that their rights gains after marriage equality were not welcome by parts of society,” Prof. Lixinski says.

“The bill – which has now been shelved – is likely not to re-emerge in its current form. If re-elected, a Coalition-majority government might try to present the bill again in its original form.”