Opinion Renters Beware: How the pension and super could leave you behind

If you rent, you are highly likely to live in poverty in retirement. If you own your own home the pension and super will probably be enough for you. 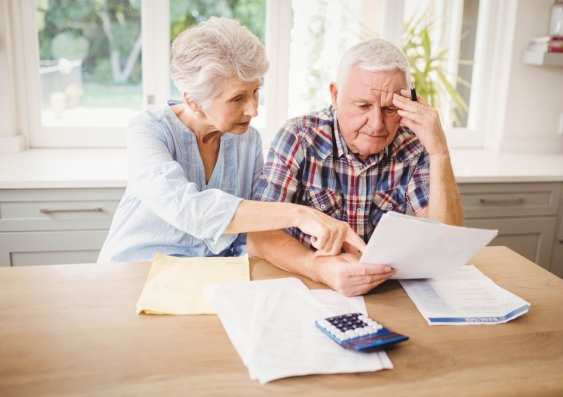 Super and the pension treat most retirees well, but not renters. Image from Shutterstock

How we fund retirement in an ageing century ought to worry all of us.

But one group of us should be much more worried than the rest.

In a new set of research briefs published by the Centre of Excellence of Population Ageing Research, we report that most people do well out of our retirement income system and that the living standard of retirees has improved over the past decade.

In international comparisons, our system ranks highly, for good reason.

Most retirees do well

About 60% of older Australians can afford a lifestyle better than that deemed to be “modest” by widely used standards.

Households headed by baby boomers reaching retirement age between 2006 and 2016 did so with incomes 45% higher than those who retired a decade earlier.

Typical boomer households aged in their late 60s earn almost as much as they did when they were still working - only 20% less, that is, with about 80% of their working income maintained.

And their needs are lower. Lower spending in retirement is common because older households need to pay less for transport, less for working clothes, and have more time to cook.

Many continue to save while in retirement.

And they tend to spend less over time, rather than more over time as benchmarks publicised by the superannuation industry assume.

When we included the value of living rent-free for the 80% or more of retirees who own their own home (about A$10,000 per year on average), we found older Australians live in no more poverty than working age Australians.

The living standards of those who rent in retirement are very different. Only about 15% of older renters can afford a lifestyle better than “modest”.

Single renters are particularly badly off.

Among all older people only about 10% fall below the poverty line set at half the median income.

Among older Australians who rent, 40% fall below.

Among older Australians who rent alone, it’s more than 60%.

If that relative poverty measure seems too abstract, an absolute dollar figure might help.

Alarming research aired on the ABC in September found that, on average, aged care homes were spending $6.08 per day on food per resident.

Our research finds that among pensioners who rent alone, one quarter spend even less than that per day.

And it’s getting worse

On the one hand it is insufficient for renters and on the other it doesn’t cut pension payments to the owners of very valuable homes, because the value of any home - no matter how big - is excluded from the pension means test.

Rental assistance, introduced to complement the pension in the 1980s, was meant to alleviate this, and to some extent it does.

But it climbs only in line with the consumer price index every six months, which usually fails to keep pace with rents.

Sydney rents have doubled over the past two decades. The consumer price index has climbed 68%.

As a result, rental assistance is less effective in reducing financial stress than it was when it was introduced, and is set to become even less effective if rents continue to climb more quickly than the price index.

And more of us look set to rent

They might be merely postponing buying homes until they are older as more of what would have been their income is sequestered into super and they enter the workforce and retire later.

If so, they might end up owning and paying off homes by retirement at the same rate as boomer households did before them.

If not, more and more of them could end up in poverty in retirement.