Researchers have mapped the hotels known to be used for immigration detention across Australia, creating the first coast-to-coast visualisation of a practice that has operated largely in the shadows for two decades. 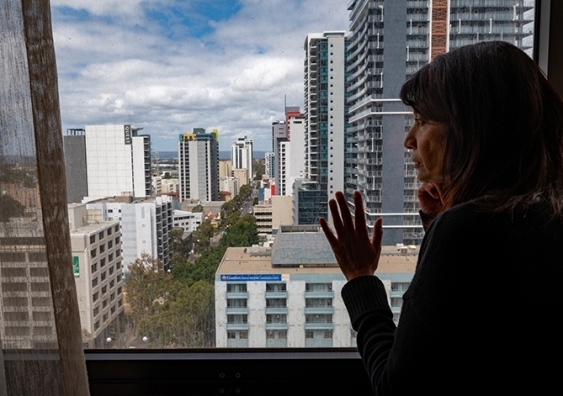 Researchers have mapped the locations of hotels that are known to be used for immigration detention. Image: Shutterstock

Australia first introduced Alternative Places of Detention (APODs) 20 years ago. Since then, hotels – including both major chains and independent operators – have been used as places of detention, including for people who have sought asylum. Yet, there is no publicly available list of APODs in current or previous use.

To create the first data set of known hotel APODs previously in use, researchers from Macquarie University and UNSW’s Kaldor Centre for International Refugee Law have relied upon Freedom of Information (FOI) requests, responses to Senate Estimates questions, and unredacted documents tendered by the Commonwealth in recent legal challenges to the practice. The focus is on hotels used as APODs in the past, rather than ones that are currently in use.

An alternative to detention centres

APODs were originally conceived as a more sensitive alternative for vulnerable people with needs that immigration detention centres couldn’t accommodate. The policy allows for hospitals, aged care homes and hotels to be used as APODs for people who need medical treatment, are elderly, or have other particular needs. However, the Commonwealth Ombudsman and Australian Human Rights Commission have noted that hotels have been used as APODs for reasons unrelated to the needs of detainees, including overcrowding in other immigration detention facilities.

Officials from the Department of Home Affairs have said that between 2018 and 2021, at least 170 places across Australia were used as APODs, including 56 ‘hotel-type’ facilities. The Commonwealth Ombudsman reported that 77 hotels were approved as APODs as of 31 July this year (including seven that were in use) but kept details undisclosed.

In October, the Ombudsman issued a joint statement with the Australian Human Rights Commissioner raising concerns about the use of APODs for long-term detention, noting that the average time in hotel detention was 69 days and the maximum 634 days. 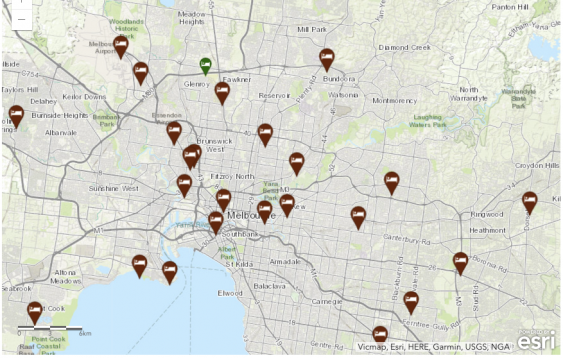 A map shows the location of hotels that have been used as immigration detention sites in Melbourne. Image: Supplied

In their research, Dr Andrew Burridge of Macquarie University and Associate Professor Daniel Ghezelbash of UNSW Law & Justice have been able to identify 34 hotels formerly used as APODs. They have visualised the data in an interactive map of Australia’s hidden detention facilities. But the secrecy surrounding APODs means that the list is incomplete. As other hotels that were former sites of detention are identified, they will be added.

Read more: What can be done to make the living conditions of detained refugees more humane?

Dr Andrew Burridge said: "Our research has demonstrated the exceptional difficulty in identifying and locating the hundreds of hotel APOD sites used across Australia since 2002. The lack of transparency about these closed-detention facilities is concerning in regard to the rights of those held within hotel rooms, some for more than 600 days. Those detained within the hotels though Medevac transfers have described these as prisons and sites of torture."

Associate Professor Daniel Ghezelbash said: "This research provides much-needed transparency around the use of hotels for immigration detention. While the Commonwealth Ombudsman and the Australian Human Rights Commission do monitor conditions at these facilities, the Australian public has been kept in the dark about the locations and scale of the use of hotels for immigration detention. This is not acceptable in a democratic society. While it is welcome that the new government has released many refugees and asylum seekers from hotels to community detention in recent months, the Australian public deserves to know the scale and nature of detention that continues to be carried out in their names."