Rules on litigation funders have focused on quantity rather than quality in seeking to attract them to Australian courts, write Michael Legg and Nicholas Mavrakis. 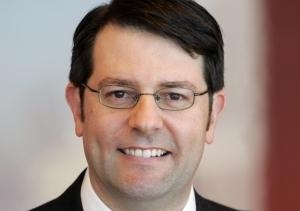 OPINION: The unregulated status of litigation funding in Australia has ended with the Corporations Amendment Regulation 2012 (No 6) dated July 12.

The federal government has continually rejected the applicability of the managed investment scheme and Australian Financial Services Licence regimes to litigation funding, despite the holdings of Australian courts of appeal.

The new regulations make permanent the interim relief that the Australian Securities & Investments Commission had previously provided by excluding funded litigation from the AFSL and MIS regimes, and adds requirements for addressing the vexed issue of conflicts of interest.

The requirement for funders to maintain adequate arrangements for managing any conflict of interest, including documenting how they are "protecting the interests of . . . members of the scheme", is a welcome step.

It is to be expected that guidance will be sought from the learning on the AFSL requirement to manage conflicts of interest in the Corporations Act and in particular ASIC's Regulatory Guide 181, but the precise requirements remain to be determined.

Interesting questions arise such as whether a funder could exclude general law duties, such as that of a fiduciary that may create conflicts, in an attempt to manage conflicts of interest as this may not be protecting the interests of members.

Further, can seeking informed consent to conflicts of interest be a way of managing conflicts or is it inconsistent with protecting the interests of members to have them agree to the existence of a conflict?

Specific protections that have been adopted in Britain's voluntary Code of Conduct for Litigation Funders may be replicated here, such as creating a mechanism for resolving differences between the funder and a member as to important decisions in the litigation such as discontinuance or settlement.

It also may mean prohibiting a funder from controlling proceedings or seeking to influence the legal practitioners retained in proceedings or placing limits on a funder's right to terminate a funding agreement.

Importantly, the Australian regulations do not mandate these protections.

The regulations unfortunately contain two important omissions through not imposing any capital adequacy requirements or licensing regime on funders.

Capital adequacy is an important part of the British approach, which requires a funder to "maintain at all times adequate financial resources to meet its obligations to fund all of the disputes that it has agreed to fund".

In Australia there is no protection for plaintiffs that the funder has sufficient resources to be able to pay legal fees and meet any adverse costs order.

This may result in the use of inadequately resourced subsidiaries, or may attract overseas-based funders who are beyond the reach of Australian courts because they can litigate for profit but avoid the costs if unsuccessful.

The only partial protection against this is an order for security for costs by the courts. A security-for-costs order requires that a bank guarantee or other form of security be provided to meet the costs of a defendant if the proceedings are unsuccessful.

However, there is a risk that the amount of security that a court requires to be posted may be lower than the costs actually incurred by the defendant.

As a result, the representative party in a class action or the plaintiff in other types of proceedings may be liable for those costs if the litigation funder is insolvent. Where those people have inadequate resources they may become bankrupt.

Defendants, if successful, may find they secure a pyrrhic victory in which their costs are not recovered.

There also may be a waste of judicial resources as cases are progressed to a certain point before coming to a halt when the money runs out or prospects of success dim, leaving the court to sort out the remaining mess of incomplete proceedings and costs orders.

It also seems unlikely that legitimate Australian funders would welcome this approach as it has the potential to harm the industry's reputation.

Similarly, the lack of a licensing regime means anyone or any entity can fund litigation in Australia (except for lawyers).

A licence permits a person or firm to operate in a market provided they have obtained the requisite permission and comply with the conditions of the licence.

The conditions of the licence can include specified levels of competency (such as education) and restrictions based on status or background (such as criminal record, bankruptcy or a previous licence was cancelled).

None of this is required to fund litigation in Australia.

The omission of capital adequacy and licensing requirements means that the regulations fail to adequately protect the consumers who are being encouraged to pursue litigation by the government.

It also pays no regard to the impact of the regulation on Australian businesses, especially listed corporations that are the target of shareholder class actions.

The regulations have focused on quantity rather than quality in seeking to attract litigation funders to Australian courts.

Michael Legg is an Associate Professor of Law at UNSW. Nicholas Mavrakis is a partner at Clayton Utz.

What next for the banks?