Opinion Russia's invasion of Ukraine: Why hasn't the United Nations stepped in yet?

For the first time since World War II, a permanent member of the United Nations Security Council has employed force to appropriate territory of another UN Member State. 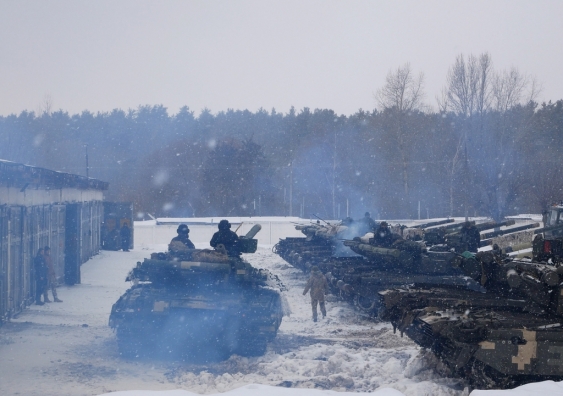 President Putin and other Russian top officials may be held personally liable under international crime law. But prospects of such prosecution are slim, says A/Prof. Christopher Michaelsen. Photo: Shutterstock

For United Nations (UN) Secretary General Antonio Guterres, the Russian aggression against Ukraine was “the saddest moment” of his five-year tenure.

The invasion of Ukraine represents the first time since the end of the Second World War that Europe has witnessed an all-out inter-state military conflict on the continent.

The UN Charter contains one of the fundamental rules of international law in Article 2(4) – the general prohibition on the use of force. This provision requires UN Member States to “refrain in their international relations from the threat or use of force against the territorial integrity or political independence of any state, or in any other manner inconsistent with the Purposes of the United Nations.”

By commencing a full-blown invasion of Ukraine, Russia has violated this rule. It cannot rely on self-defence or any other exception to the general prohibition on the use of force as recognised by international law.

Theoretically at least, President Putin and other Russian top officials may even be held personally liable under international criminal law for the crime of aggression and war crimes. Yet, the prospects of such prosecution happening in practice are slim.

But how has Russia sought to justify its actions?

Putin’s televised speech on 24 February announcing a “special military operation” against Ukraine (for an English translation see here) as well as the Russian Ambassadors statement in the UN Security Council on 25 February do not offer any explicit legal justifications.

However, some remarks may have legal relevance. Four points stand out.

Leaving the contested facts aside, none of these rationales have doctrinal standing in international law.

The vast majority of international lawyers reject unilateral “humanitarian intervention” as a valid exception from the prohibition on the use of force.

Self-defence is a recognised justification to use military force. However, the scope of self-defence is limited. It does not extend to a right to use force “pre-emptively” against non-imminent threats to national security.

Similarly, collective self-defence is not permissible to facilitate the formation of new states. This is the case even in instances where states may have a legitimate claim to independence based on the principle of self-determination.

Finally, the threat of nuclear war is in itself a violation of the prohibition on the use of force which equates threats with actual uses of force.

According to a tweet by President Zelensky, Ukraine has initiated proceedings against Russia at the International Court of Justice. These may shed more light on any actual legal justifications on Russia’s part. 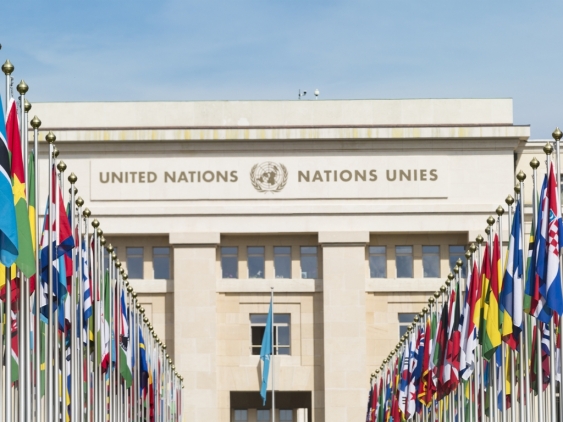 The UN Charter contains a fundamental rule of international law – the general prohibition on the use of force. By commencing a full-blown invasion of Ukraine, Russia has violated this rule, says A/Prof. Michaelsen. Photo: Shutterstock

Under contemporary international law, the rules on the unilateral use of force operate in conjunction with a system of collective security. This system bestows on the UN Security Council the “primary responsibility for the maintenance of peace and security”.

If the Security Council finds that a situation amounts to a threat of the peace, breach of the peace or act of aggression it can take enforcement measures under Chapter VII of the UN Charter. The invasion of Ukraine clearly meets this threshold.

However, in the present crisis the Security Council has been deadlocked for some time. The impasse stems from the fact that Russia, as a permanent Council member, possesses a veto power to block any substantive resolution.

Russia already used this veto to prevent the Council from adopting a resolution in March 2014 condemning the annexation of the Crimea. It used this power again on 25 February 2022 to defeat a resolution that would have demanded that Moscow immediately stop its attack and withdraw all troops.

In 2014, the matter was taken up by the UN General Assembly which adopted a resolution calling on states “not to recognise any alteration of the status” of Crimea.

It is likely that the General Assembly will take further action in the coming days again. This may include the activation of the so-called “Uniting for Peace” procedure.

This procedure allows to Assembly to act in matters relating to peace and security when there is a stalemate in the Security Council. While the Assembly cannot adopt enforcement measures, it has the power to dispatch a peacekeeping mission.

Is this the end of international law as we know it?

Probably not. The rules on the unilateral use of force and collective security have been constantly challenged ever since their inception by the UN Charter in 1945. This includes various transgressions by the United States and other Western powers.

Russia’s aggression against Ukraine is as tragic as it is dangerous. Indeed, it represents the first time in the UN era that a permanent member of the Security Council employed force to appropriate territory of another UN Member State.

But even a flagrant violation of international law, such as the Ukraine invasion, does necessarily wreck the normative system as a whole.

Friction among the permanent members in the Security Council will undoubtedly increase even further. Yet, it is likely that the Council will continue to serve as a forum for some dialogue and diplomacy.

When Russia annexed Crimea in 2014, it exploited the tension between the principles of non-intervention and self-determination. But it used language and arguments of international law.

Irrespective of the merits of these arguments, the invocation of international law may constitute evidence that Russia continued to engage with the international legal framework on the use of force.

In late February 2022, Russian rhetoric has been far less legal.

At the same time, it is remarkable that Putin anchored his position as a response of sorts to the United States’ record of prior violations of international law.

Implicitly, this amounts to an admission of the illegality of his own actions.

Writing in 1971 on the continued relevance of international law, Louis Henkin, a legendary professor at Columbia University in New York, wrote that pronouncements of the death of the UN Charter were “premature”. While Henkin considered its condition as “grave indeed”, he did not find its maladies “terminal”.

There is, perhaps, no better way to characterise the state of affairs today.

Christopher Michaelsen is an Associate Professor in the UNSW Faculty of Law & Justice and an Associate of the Australian Human Rights Institute. He is a founding member of the Security Council Analysis Network (SCAN).