Research led by UNSW has found that the NSW Police policy known as STMP is causing serious harm to young people and undermines the objectives of the NSW youth justice system. 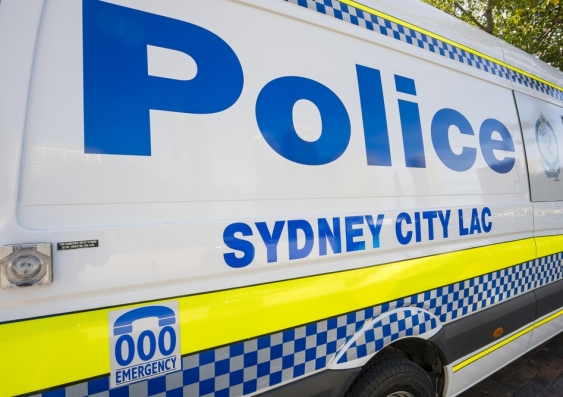 A NSW Police policy that aims to predict and prevent future crime is causing serious harm to young people and undermines the objectives of the NSW youth justice system, research led by a legal academic from UNSW Sydney has found.

A report released today finds that the Suspect Target Management Plan (STMP) is disproportionately used against young people (under 25) and Aboriginal people, and increases costly contact with the criminal justice system with no evidence of a demonstrable impact on crime prevention.

Those on the STMP are singled out for attention, including being repeatedly detained and searched while going about their everyday lives, and being visited at home at all hours of the day, she says.

“This type of heavy-handed proactive policing is very damaging to the relationship between young people and the police and we believe it undermines key objectives of the NSW Justice system, including diversion, rehabilitation and therapeutic justice,” Sentas says.

“It is particularly concerning that the policy appears to disproportionately target young Aboriginal people,” Sentas says.

The researchers used figures from 10 local area commands obtained under freedom of information, a qualitative study of the experience of 32 young people and analysis of case law and legislation.

Among their key findings:

• Young people are experiencing patterns of oppressive policing that are harmful to them, their families and the community, and are particularly harmful in criminalising already overpoliced Aboriginal young people.

• The STMP is not an appropriate crime prevention approach and undermines best practice in reducing reoffending with young people.

“We recommend that the police stop applying the STMP to children under 18, where we believe the policy has the greatest potential to do the most harm,” Sentas says.

Children suspected of being at medium or high risk of reoffending should instead be considered for evidence-based prevention programs that address the causes of reoffending or locally based programs developed in accordance with Just Reinvest NSW.

Some young people, as young as 13, report being stopped and searched in public including on the train, sometimes several times a week, and visited at home by police, late at night, for no specific reason. We know that children as young as 10 have been placed on an STMP.

Sentas says a public debate about the policy is needed: “The STMP itself is not publicly available and even the risk categories aren’t available so a person on the STMP can’t even know the reasons why they are being targeted by police,” she says. “This report is the first public analysis of the impact of the policy on young people.”

Sentas warns that this unjustified secrecy is preventing a proper program evaluation.

“If NSW Police say the STMP prevents crime, then show us how – make the data publicly available and let the Bureau of Crime Statistics and Research (BOCSAR) assess it,” Sentas says.

“We also recommend that the Law Enforcement Conduct Commission (LECC) conduct a comprehensive review, assessing whether the policy is consistent with fair, effective and appropriate policing not only for young people, but for everyone.”

Report co-author Camilla Pandolfini, from the Public Interest Advocacy Centre, says the STMP is an invasive police policy that has significant detrimental impact on the lives of young people who are subject to it, and their families.

“Some young people, as young as 13, report being stopped and searched in public including on the train, sometimes several times a week, and visited at home by police, late at night, for no specific reason. We know that children as young as 10 have been placed on an STMP,” Pandolfini says.

The full report Policing Young People in NSW: A study of the Suspect Targeting Management Plan is available here.