The complexity of the foreign citizenship laws of other nations and flaws in the declaration process mean uncertainty and political dysfunction will run for some time, writes George Williams. 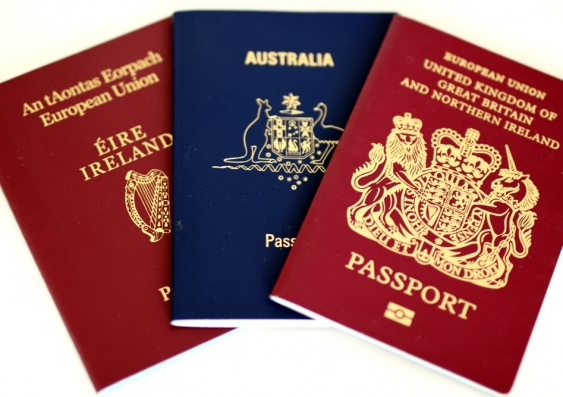 OPINION: As expected, the citizenship declarations of federal parliamentarians reveal further cases of uncertainty. One example are those members, including Josh Wilson, Justine Keay and Katy Gallagher, who sought to renounce their foreign citizenship before the 2016 federal election, but only received notice this had taken effect after the election concluded. As a result, they were dual citizens when they stood for office.

The legal question is whether each took "reasonable steps" to renounce their foreign citizenship before nominating for office. The High Court has not stated how early a person must seek to renounce their foreign citizenship. Nevertheless, it is difficult to see the court disqualifying a person because the bureaucracy of another country has taken months to process an application form. There is a low risk of these members offending section 44.

Other cases present a higher likelihood of disqualification. However, it is not possible to determine this merely from the declarations. Very often, the answer depends on foreign citizenship law. These rules can be fiendishly complex, may need translation into English and can be subject to dispute in their own nation. This can make compliance with section 44 extraordinarily difficult.

Another complication is that Parliament's declaration process is flawed and incomplete. Much of this stems from the declaration form. It fails to request sufficient information to determine if a person is a dual citizen.

As it stands, Parliament will decide on who should be referred to the High Court without adequate information, and according to political self-interest. This is hardly an effective means to restore public confidence.

In fact, there are gaping holes in the regime. For example, the form requires parliamentarians to state their parents' place of birth. However, there is no requirement to indicate their parents' citizenship. This is a major gap because nations such as New Zealand confer citizenship by descent where a parent became a citizen by way of immigration, even if the parent was born in another country.

Marriage can also give rise to citizenship, and yet the detail requested is so sketchy as to provide little assistance. A further problem is that the form is not directed to another possible ground for disqualification, that the person is "entitled to the rights or privileges of a subject or a citizen of a foreign power".

The declarations also lack a supporting process. Who is to check if the information is accurate? What is to be done about parliamentarians who have failed to provide documentary evidence, or who have not taken reasonable steps to check if they are a foreign citizen and so are relying on their own ignorance? And who will provide independent legal advice as to Australian and foreign law to determine whether a member is likely to be disqualified?

As it stands, Parliament will decide on who should be referred to the High Court without adequate information, and according to political self-interest. This is hardly an effective means to restore public confidence, or to ensure that each and every member of the Federal Parliament is entitled to remain in their seat.

The declarations also fail to deal with every ground of section 44. Other members have already come to light who may be disqualified due to holding an "office of profit under the Crown" or a "direct or indirect pecuniary interest in any agreement with the Public Service of the Commonwealth". Yet, no process has been put toward to deal with these issues.

All this suggests that the current uncertainty and political dysfunction will run for some time. Indeed, unless section 44 itself is remedied, we can expect these issues to resurface in future parliaments.