Opinion The Section 44 soap opera: why more MPs could be in danger of being forced out

The High Court has failed to clarify the Section 44 mess over who is eligible to stand for parliament, so now it's time for MPs to act. 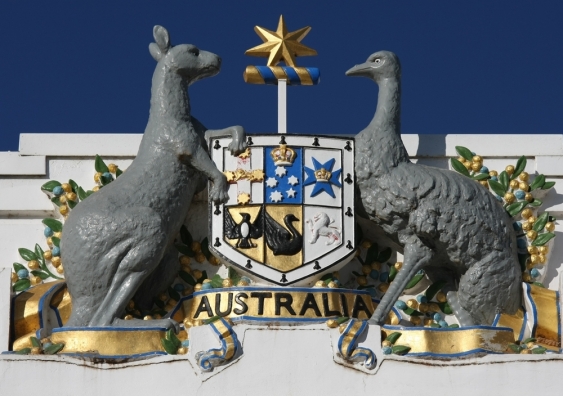 Several candidates were forced to withdraw in the recent election over Section 44 concerns. This will only continue until parliament acts. Image from Shutterstock

One thing we learned from the recent election campaign is that the political crisis over Section 44 of the Constitution has not gone away.

Many candidates in the election had their eligibility to stand for parliament questioned and some were even forced to withdraw from their races.

Despite all the attention given to this matter over the last couple of years, and the various procedures introduced to address it, Section 44 will only continue to be a problem until the parliament steps in to address it.

To do that, we first need to address seven myths about Section 44.

1. Everyone knows their citizenship, they just need to do their paperwork

Section 44 is about more than just citizenship – it covers a variety of restrictions on who can serve in parliament.

For instance, a GP who bulk-bills a patient could be considered to have a “pecuniary interest in an agreement with the Commonwealth.” And a postman or a nurse in a public hospital could be deemed to hold “an office of profit under the Crown.”

Such entitlements are not easy to discover and almost impossible to remove, because they’re embedded in foreign legislation.

2. It doesn’t affect many people

On the contrary, the parliamentary committee investigating the matter estimated half the adult Australian population, or more, could be disqualified by law or impeded in practice from standing for parliament.

In the recent election, we saw one potential candidate withdraw because she was an Australia Post employee and another because she was entitled under Indian law to some privileges of Indian citizenship.

3. The constitution framers knew what they were doing

The original text agreed to at the constitutional convention in 1898 simply said anyone who had acquired foreign citizenship by their own act was disqualified from standing for parliament.

The text that eventually became Section 44 was inserted surreptitiously by one of the key architects of the constitution (and Australia’s first prime minister), Edmund Barton, as a drafting amendment. He introduced 400 amendments on the second-to-last day of the convention, but made no mention of this change, and expressly denied there had been any changes to Section 44 apart from a minor one to another subsection.

4. The High Court has sorted it out

Far from it. Very few cases challenging Section 44 have made it that far, partly because the court has done everything possible to fend them off, including trashing the constitutional provision giving citizens the right to challenge the eligibility of parliamentarians. Politicians have also refused to refer cases to the court unless it’s advantageous to their party.

And when the court has heard a case, it has construed its task so narrowly as to give little guidance to future action on the section. In particular, it has said nothing about the disqualification of those MPs “entitled to the rights and privileges of citizenship” in other countries.

In fact, when Senator Matthew Canavan’s eligibility was challenged because Italian laws had changed to permit citizenship to descendents of native Italians, the High Court noted that the law was fairly generous, but one had to apply. Canavan hadn’t applied, therefore couldn’t be an Italian citizen.

But if he had applied and then received Italian citizenship because he was eligible (as his brother had done), he would have been disqualified by Section 44.

This was all too much for the court to sort out. As a result, it offered no clarity on the large number of MPs whose eligibility hangs on what sorts of “entitlement” would disqualify them. 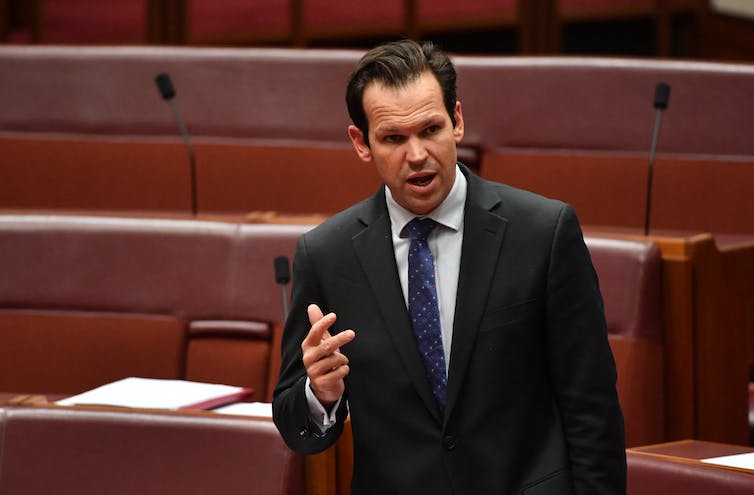 Senator Matthew Canavan was not disqualified after the High Court ruled his Italian citizenship was ‘potential,’ not actual. Mick Tsikas/AAP

5. But there are administrative checks now, too

Well, yes, but nobody does anything about them. In 2017, all MPs were asked to fill out a form documenting their ancestry and citizenship, and the responses were then logged in a citizenship register. This showed some 15-20 MPs were entitled to foreign citizenship and a total of 59 had the “right of abode” in the UK, which the High Court has decided is the key to the “right and privilege” of citizenship.

But no action was taken on any of these cases. The register appears as a matter of record only.

Similarly, although the Australian Electoral Commission is now requiring candidates to complete a similar form, it does not take action against those who refuse to submit it, or leave sections blank. One candidate was referred to the police, but this was clearly a pointless face-saving exercise.

6. We want our MPs to be unequivocally Australian

Having foreign ancestry does not make you un-Australian. Section 44 does nothing to establish the strength of identity or loyalty – it simply prevents an undefined, but potentially very large, slice of the population from standing for parliament.

One case illustrates the ludicrous reach of the present wording.

After Lithuania regained its independence in 1990, it passed a citizenship law that gave people born outside the country to Lithuanian parents the right to citizenship. In 2016, this provision was expanded to cover those with Lithuanian grandparents. As a result, Senator Doug Cameron, whose Scottish burr we are used to hearing on news broadcasts, became eligible for Lithuanian citizenship.

While Cameron could (and did) renounce his British citizenship to qualify for election to the Australian parliament, he cannot renounce his entitlement to Lithuanian citizenship. And while some people have very strong views about Cameron, I have never heard it suggested he was working to a Lithuanian agenda rather than an Australian one. 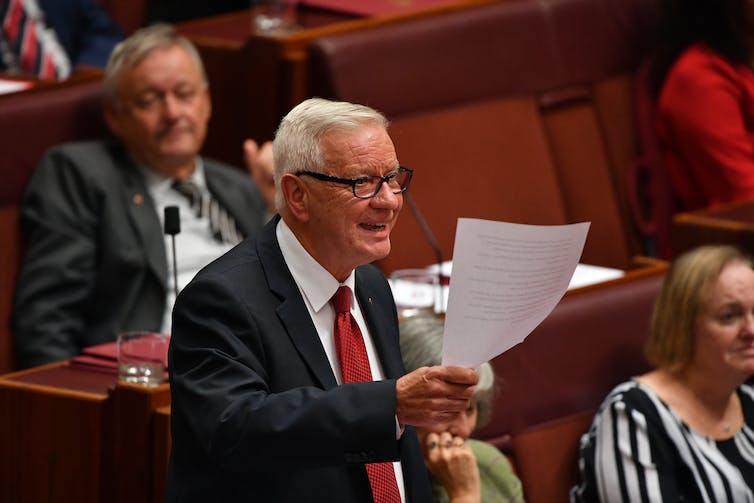 Senator Doug Cameron was born in Scotland, but his grandparents are from Lithuania – a fact he had to disclose on the new citizenship register. Mick Tsikas/AAP

7. It’s too hard to change the Constitution

The same thing was said about amending the Marriage Act to permit same-sex couples to marry. The public recognises there’s a problem with Section 44 and it expects the politicians to fix it.

The best shot came with the Joint Standing Committee on Electoral Matters, which recommended adding the words “until the parliament otherwise provides” to Section 44. This would not change the law, just where the law is made.

Instead of disqualifications being defined by the laws in foreign countries, as the High Court has interpreted Section 44, they could be determined by the Australian parliament. This is how qualifications of senators and members are currently decided. It’s also how women got the vote in 1902.

If this proposal was strongly supported by all the parties and clearly explained to the electorate, it would likely pass in the next election.

So where does this leave us?

It all comes down to leadership. Up to now, both the Coalition and Labor have been primarily motivated by partisan advantage: how can we use Section 44 to score a political point?

The Joint Standing Committee showed that with a willingness to collaborate, there is a path forward to solving the problem. The best we can hope for is that after the trauma of the last few years, and the evidence of the continuing decline in support for the main parties, political leaders will see that acting constructively on Section 44 might actually be in the best interests of both parties.