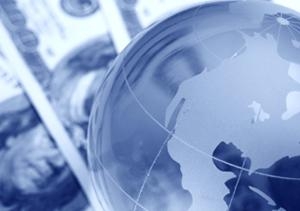 OPINION: The investigation by the Monetary Authority of Singapore into the attempted manipulation of key financial benchmarks has profound implications.

Notwithstanding the fact that no evidence of success has been proffered, Singapore has moved quickly and decisively to change the domestic and international regulatory battleground.

The regulatory change is based on very loose principles articulated by the International Organisation of Securities Commissions earlier this year. The decision is a considerable victory for IOSCO, which is chaired by Greg Medcraft of the Australian Securities and Investments Commission. Its articulation of global principles, although purposively vague, was designed to demonstrate both the timeliness and efficacy of international coordination. By fleshing out these principles in a radical redesign, Singapore is providing a much-needed route map to navigate two pressing hazards.

One is how to handle the investigation and enforcement process. The MAS action has foreclosed individual investigation and the piecemeal erosion of trust associated with periodic disclosure of individual institution misconduct, opting instead for a comprehensive settlement. The second and potentially more significant navigational aid is how the settlement forcibly enlists the industry in protecting the integrity of the rate-setting process. The benchmarks are treated as a public good that industry has an obligation rather than an interest in protecting. Cleverly, the MAS has forced “skin in the game” by demanding individual banks increase the level of reserves deposited with the central bank. Under the terms of the settlement, released on Friday, the banks implicated have to deposit additional reserves in Singapore for a period of one year, during which they will not receive any interest.

The exact amount depends on the degree of complicity in the scandal, with the highest imposed on ING, RBS and UBS, of $S1 billion to $1.2 billion each ($800 million to $1 billion). What is also clear, however, is that the MAS does not trust the capacity of any of the banks to clean this mess up without external supervision. The banks are required “to report their progress to MAS on a quarterly basis, and conduct independent reviews to ensure the robustness of their remedial measures”. Self-certification, therefore, is deemed in itself inadequate.

The Association of Banks in Singapore is to be stripped of its capacity to self-regulate the benchmarks. Manipulation or attempted manipulation is to be made a specific civil and criminal offence. At the same time, the authorities have made it clear that ongoing integrity can only be vouchsafed by a significant change in practice. The MAS has managed to force the industry to institute an effective early-warning system linked to blacklisting those directly implicated (if not charged with wrongdoing). It notes that “the industry will put in place measures to facilitate reference checks, so that an institution would be made aware if a potential hire had been implicated in attempts to inappropriately influence benchmarks”.

In taking such robust enforcement action, Singapore is guarding itself against the possibility that any future civil or criminal proceedings in the United States will seek to quarantine guilt to subsidiaries operating in Asian markets. Its integrated approach also has the capacity to break the impasse within the IOSCO taskforce set up to evaluate how benchmarks can be refined. The United Kingdom continues to insist Libor and its facsimiles can be reformed; the US by contrast wants it replaced by observed rates. These too, however, run the risk of being manipulated.

It goes without saying that the primary focus of the MAS investigation will be the main British Banks implicated, including RBS and Barclays. It is, however, also significant that US banks have been censured formally. The involvement of two major Australian banks – ANZ and Macquarie – in the scandal also raises serious questions about the efficacy of oversight here in Australia. Because ANZ and Macquarie were in the bottom range ($S110 to $300 million) they failed to make it into the initial international media reports. Although Macquarie does not submit to the Association of Banks in Singapore benchmark rate, it too is found to have “deficiencies in governance, risk management, internal control and surveillance systems”. Along with the other banks censured, it must adopt measures to address deficiencies and appoint an independent party to ensure the robustness of remedial measures.

With the MAS action, the manipulation of financial benchmark scandal has gone global. Australia, the lucky country, has for once not been saved by the tyranny of distance. In today’s globalised marketplace, it is too obviously implicated for regulatory agencies here in Australia to ignore.

Professor Justin O’Brien is an ARC Future Fellow and director of the Centre for Law, Markets and Regulation at UNSW Law.

What next for the banks?