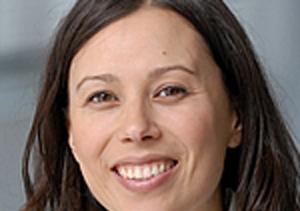 OPINION: Home Affairs Minister Brendan O’Connor is planning new measures that will focus Australia’s anti-people smuggling efforts on “the organisers and facilitators of smuggling criminal syndicates.” Those measures should include the removal of unfair, costly and internationally unlawful mandatory sentences applied to the impoverished Indonesian fishermen who act as crewmembers on asylum seeker boats. Drawing on the government’s own statistics, these lengthy blanket sentences are costing the Australian taxpayer well over a hundred million dollars a year, for no identifiable gain.

In May 2010, the government introduced new laws that force judges to sentence anyone involved in bringing five or more asylum seekers to Australia to at least five years in jail, with a minimum three year non-parole period – regardless of the individual’s personal circumstances, level of involvement or moral culpability.  These laws are overwhelmingly applied to unwitting crewmembers, not the organisers of people smuggling operations.

Over the last 3 years, 493 people have been arrested for people smuggling related offences. Of those arrests, only 10 people were the organisers or facilitators.  The remaining 483 people were crew, recruited by organisers from some of Indonesia’s poorest fishing villages to cook, crew or steer boats of asylum seekers into Australian waters.  Many are local fishermen whose livelihoods have been destroyed by overfishing and by the worst-ever oil spill in the Timor Sea 15 months ago.

Many of these crewmembers are themselves victims of unscrupulous organisers.  As Victoria Legal Aid puts it, they are “as dispensable to the organisers of people smuggling as the boats that get burnt off the coast of Christmas Island and Ashmore Reef.” Many crewmembers are told by the organisers that they will be transporting cargo, and asylum seekers are only brought onboard the boat at sea.  In most cases the organisers depart on a second boat before reaching Australian waters and the crew are only told that they are going to Australia once they are on the High Seas and can’t return.  They are told by the organisers that they will be paid on arrival and allowed to return home.

The mandatory sentencing of crewmembers is unfair and unproductive.  It is also a clear violation of Australia’s obligations under the UN Smuggling Protocol which requires compliance with the International Covenant on Civil and Political Rights.  This includes Australia’s obligation to protect every person’s right to a fair trial and to freedom from arbitrary detention.  A trial is unfair and detention is arbitrary when judges are unable to impose a punishment that fits the crime.

Inappropriate mandatory sentences are also a significant drain on taxpayer dollars and the stretched resources of the public prosecutor, federal police and legal aid – not to mention the resources of the courts and jails in several states.

According to the Attorney General’s Department, the Commonwealth Department of Public Prosecutions ordinarily runs about 100 indictable trials before juries around the country each year.  In addition to this load, the office will likely have to contend with around 83 further people-smuggling-related trials in the current financial year, and an additional 99 trials in 2012-2013.  Based on Western Australian figures, each trial will cost the DPP approximately $20,000.  In 2010-11, state and territory legal aid commissions were allocated $17.6 million to provide legal assistance in people smuggling cases.  And it costs half a million dollars to keep someone convicted of people smuggling in prison for 5 years, according to 2009-10 Productivity Commission figures.

In recent days the government has taken positive steps to better protect Indonesian boys accused of smuggling.  It must now design better laws that address the exploitative elements of people smuggling without wasting taxpayer resources punishing the wrong people, and without undermining the rule of law, the role of the judiciary, and Australia’s basic human rights obligations. This means restoring judges’ ordinary powers to impose sentences that fit the crime in smuggling offences.

Bassina Farbenblum is a Senior Lecturer at UNSW's School of Law, and Director of the Australian Human Rights Centre’s Migrant and Refugee Rights Project and the UNSW Human Rights Clinic.

A version of this opinion piece first appeared in ABC's The Drum.