Opinion So how much should we worry about Greece?

If the GFC is any guide, we should expect after-shocks from Grexit to rumble far from the epicentre, writes Richard Holden. 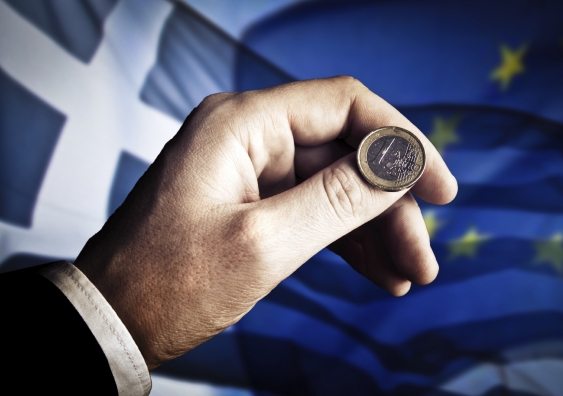 OPINION: As Greece moves from sovereign default earlier this week to a referendum this weekend on Europe's proposed austerity measures, a lot of pundits seem quite relaxed. The story being peddled is that Greece is small, this has all been in the works for a long time now, and the European Central Bank and International Monetary Fund know everything they need to know. Who cares if Greece defaults, drops the euro, and exits the European Union?

There are, of course, high politics involved. In some sense the whole European experiment is at stake. This explains why so much eleventh-hour scrambling is going on, including from French President François Hollande who has proposed a compromise deal.

But it is the economics of the situation that are at least as consequential, and worrying.

The financial world has always been a somewhat complicated place, but the amount of financial innovation that has taken place in the last two decades is truly remarkable. There is room to debate whether such innovation has been positive or destructive, but the fact is that it has happened. And the relatively minor regulatory interventions in response to the financial crisis of 2008 have done little to change that.

And thus when Greece fails to repay the IMF, as it did earlier this week, it is not as simple as: "Oh well, IMF members need to pass around the collection hat for a special levy." Not even close. IMF default can trigger cross-default provisions in other loans. Some of these loans may well have been packaged with other products, securitised and sold to investors. Those investors have who knows what arrangements with other counterparties. And so on.

In the modern financial world, no country is an island entire and of itself. Countries and investors are radically interconnected. Moreover, the bets that investors make do not have simple, quantifiable and limited downsides. When a hedge fund is betting on the fourth derivative of volatility of a stock or bond index, and that fund has large obligations to other funds, even small events can have large consequences. Let alone a seismic event like Grexit.

Perhaps everything will be fine for the global financial system, even if a deal with Greece is not reached. But we would all do well to be modest about our understanding of the very complex financial system that surrounds us. To put it simply: we don't know what we don't know.

It is worth casting our minds back to 1998 and the discussions, public and private, of a rinky-dink little hedge fund called Long Term Capital Management. When trouble loomed with LTCM there were all manner of pronouncements that some $2 billion outfit couldn't have much of an impact. In the end it took a great deal of energy, co-operation and luck to prevent the collapse of the financial system as a result of LTCM needing to rapidly unwind its positions.

And then there's Lehman. Remember that at this point in the financial crisis Bear Stearns had already gone under, markets were incredibly volatile and extremely nervous. There is some dispute about whether the Federal Reserve had the legal authority to save Lehman – Ben Bernanke, the then Fed chair, has claimed it did not – but a lot of knowledgeable people disagree. After all, Bear Stearns and AIG were rescued. In any case, Mr Bernanke (whom I consider one of the smartest people ever to hold public office and who will go down in history as one of if not the greatest Fed chair) said repeatedly than sub-prime wasn't a big deal and couldn't have much of an impact on the US economy. Oops.

Hindsight's 20-20, but that's the whole point. Nobody knew that AIG was writing massive credit default swaps on sub-prime loans for Goldman Sachs and others. Goldman nearly blew up because Lehman failed and AIG couldn't pay without a bailout.

And so it is with Greece.

Whatever happens there is also a broader lesson for Europe in the Greek disaster. As former US Treasury Secretary Larry Summers has pointed out, Grexit means Greece will become a "failed state" and the austerity measures Germany is currently asking for will look like a party. Unable to borrow (much) in their own currency, which will be worth very little, with a broken taxation system, a bloated and inefficient public sector, and little hope of significant foreign investment, they will find out what really harsh austerity looks like.

Europe might not be able to fix Greece, but it can't let this happen again. Germany needs to be less moralistic and more pragmatic. In recent times Greece has, in fact, gone along with pretty harsh measures. For instance, they have cut public sector employment by 30 per cent. But all this, and more, needed to happen before they got to the precipice. Debt restructuring is almost always better for all parties than default – it just needs to happen before it's too late.