Globalisation has increased wealth but deepened inequality. In the age of Donald Trump, the future of the global order will depend on how we explain that process, writes Lindy Edwards. 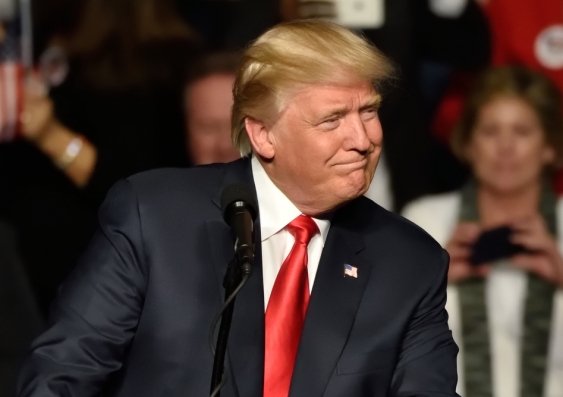 Political leaders can no longer ignore grassroots anger at the insecurity and inequality it creates. What happens next is going to depend on how we interpret why globalisation leads to inequality.

Globalisation has increased global wealth and deepened inequality. The future of the global order is going to depend on how we explain that process. There are two camps that offer different explanations and different solutions.

The first argument has got the most media airplay so far – that globalisation forces the Western working classes to compete against the world's poor on wages and conditions. Advocates of this view point to the jobs and industries that have moved offshore to lower wage countries.

This perspective focuses on the rising status of traditionally poorer ethnic groups as the threat. It is likely to conflate economics and race in a potent way, and it enlists our worst "kick-down" instincts.

The limit of this approach is that it treats the emergence of the developing world as a zero-sum game. The reality is that economies are a money-go-round. While China might take the jobs of some of our traditional industries, as it gets wealthier it creates a new market of consumers and job opportunities. Global integration with these emerging economies does not necessarily mean the Western poor have to lose out.

The second "kick-up" camp argue we need to look in a very different place to understand growing inequality.

In this view globalisation has created more wealth, but it has been overwhelmingly sucked up by the top 1 per cent. This is because globalisation has shifted the balance of power between democratic governments and big business.

In the past, governments forced companies to pay fair wages and contribute to the nation's taxes to ensure the economic bounty was shared.

However, as the economy went global, businesses started to threaten governments that unless wages, conditions and taxes were reduced that they would take their businesses offshore. It created a race to the bottom.

The result has been governments competed away the things that matter most to ordinary people's quality of life – job security, wages and public services.

The arguments made by the two camps demand very different solutions. One urges us to turn inwards and shut ourselves off from the world. The other suggests we turn outwards and work with other countries to reign in corporate power.

Both solutions are likely to result in a new protectionism, but they would be very different types of protectionism.

Race-based protectionism would centre on shutting out competition from poor and emerging economies. This would mean doing what Trump has suggested and putting tariffs on everything coming out of some countries.

In contrast, social justice-based protectionism might ration companies access to our markets based on their preparedness to play nicely. These companies would only be allowed to sell into our markets if they are prepared to pay a reasonable share of their revenues in tax, pay good wages and protect their employees conditions.

In this view governments would rebalance their negotiating position with big business by being prepared to wield their most powerful bargaining chip. They would meet corporate threats of moving offshore with counter threats of withdrawing access to markets.

This social justice protectionism would be most effective if other wealthy countries put in place the same rules. It calls for more international cooperation, not less. It suggests people need to come together to ensure the benefits of global growth are shared fairly.

As the Trump juggernaut takes shape, those that oppose him need to find alternate solutions to the problems he has tapped into.

The future depends on it.

Dr Lindy Edwards, UNSW Canberra, is the author of How to Argue with an Economist: Re-opening political debate in Australia, Cambridge University Press.

The government should pick towns, not industries, to fund