The allegations that another London-based bank has systematically evaded sanctions imposed on Iran are anything but standard, making the terms of settlement difficult to foresee, writes Justin O'Brien. 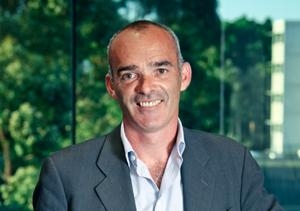 OPINION: The suit lodged against Standard Chartered in Manhattan by the New York State Department of Financial Services has served its first purpose: capturing the headlines and putting the banking industry once more on the defensive.

Standard Chartered is accused of evading sanctions that prohibit US-based financial institutions from transacting with Tehran. The lurid nature of the order depicts Standard Chartered as an entity that “schemed with the government of Iran and hid from regulators roughly 60,000 secret transactions, involving at least $250 billion, and reaping SCB hundreds of millions of dollars in fees. SCB’s actions left the US financial system vulnerable to terrorists, drug kingpins and corrupt regimes, and deprived law enforcement investigators of crucial information used to track all manner of criminal activity”. Its investigation is based on what is claimed to be an examination of “more than 30,000 pages of documents, including internal SCB emails that describe wilful and egregious violations of law”. The phrasing raises a series of unanswered questions, which call into question the manner in which the investigation and its presentation have been handled.

When taking enforcement action, regulatory agencies need to balance the effect of conviction with the political costs associated with bringing complex and uncertain cases to trial. In the preparation of the case and in its subsequent staging – including the critical initial presentation of the evidential base – it needs to configure media representations of what constitutes acceptable conduct. This applies irrespective of the legal strength of the material claim. Irrespective of the domain, trial strategies tend to focus on competing (if partially understood) narratives, one of which gains media traction. It is, therefore, essential to “own” the media agenda. If journalism is indeed the first draft of history, Standard Chartered is facing an uphill task.

The influential Lex column in the Financial Times focused less on the genesis of the investigation – based on the voluntary turnover of an internal review in which the bank waived all attorney-client and work product privilege – than on its interpretation by the New York Department of Financial Services, one of a number of regulatory agencies provided with the information. In sharp contrast to previous investigations into Iranian trading – or indeed the ongoing LIBOR investigation – which has seen multi-agency cooperation, New York is, for now, going it alone. Whether this reflects opportunism or independence is a critical if under-analysed factor in determining the terms of an inevitable settlement. What it also demonstrates, however, is the additional leverage provided to the New York State Government by virtue of Manhattan’s and the dollar’s centrality to global finance.

The order has prompted a rigorous public response from Standard Chartered. In a statement , the London-headquartered bank “strongly rejects the position or the portrayal of the facts as set out in the order issued by the DFS”. Standard Chartered is mandated to respond to the regulator within a week. Already it has already seen its share price in London decline by 16%, an improvement on the intra-day low of just under 24%. Given the collateral consequences for both the bank and the New York Department of Financial Services, there is a real and pressing danger should the hearing be mishandled next week.

In its statement, Standard Chartered points to the historical nature of the claims and the fact that at the time, none of the account holders were designated by the US government as “a terrorist entity or organisation”. In a sign that the bank intends to take on the regulator, it asserts that ‘resolution of such matters normally proceeds through a co-ordinated approach by such agencies. The Group was therefore surprised to receive the order from the DFS, given that discussions with the agencies were ongoing. We intend to discuss these matters with the DFS and to contest their position.“ The effect was to reduce the legitimacy of the claim and to imply that the Department of Financial Services was an outlier. Left unstated but strongly implied was whether political gamemanship coloured both the nature of the narrative and the overarching claim. This is a high-risk strategy given the capacity of the state government to revoke a licence without reference to federal authorities.

Four other European banks have settled similar suits with the federal Department of Justice – Barclays (US$298 billion), Credit Suisse (US$350 million), Lloyds Banking Group (US$536 million) and ING (US$619 million), while the Senate Permanent Sub-Committee on Investigations has highlighted similar failings at HSBC. The bank has set aside US$700 million to settle fines relating to money laundering control failures in Mexico as well as sanctions violations in Iran as set out in the report. Senator Levin of the Permanent Committee on Investigations has explicitly called for regulators to use the ultimate sanction of licence revocation, a threat that the New York Department of Financial Services has just partially activated.

This is not an idle threat. Last week, the US Department of Treasury imposed sanctions on the Bank of Kunlun, a wholly owned subsidiary of the China National Petroleum Corporation, and the Iraqi-based Elaf Islamic Bank. According to the Treasury, the sanctions “effectively bars them from directly accessing the US financial system. As a result of the sanctions imposed under the Comprehensive Iran Sanctions, Accountability, and Divestment Act of 2010 (CISADA), financial institutions may not open correspondent or payable-through accounts for Bank of Kunlun or Elaf Islamic Bank in the United States and any financial institutions that currently hold such accounts must close them within 10 days”.

The negotiations towards a settlement have just become harder both to achieve and to determine the outcome. For the London-based bank the complex litigation is anything but standard. For the federal authorities in the United States, the capacity to restore a semblance of coherence in the regulation of banking regulation has become even more of a headache. For the Department of Financial Services, the risk is just as high. It may have won an early skirmish but the battle is far from over. At stake for it is whether political gamesmanship trumped policy. The Department, formed last year to position the state government as a critical player in financial regulation, may just have overreached.