Turnbull's tax reform proposal would have made the states tax and spend efficiently, and compete for advantage. No wonder they hated it, writes Richard Holden. 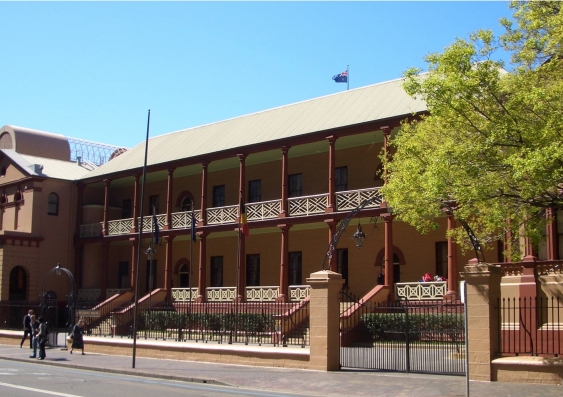 And the shame is we didn't even really discuss what was actually a very good idea: giving the states the practical ability to levy income taxes.

There was – during that brief debate – much discussion of "accountability", "responsibility" and "blame", but as an economist I saw the policy through the lens of incentives.

The most fundamental principle of incentive theory is that incentives should be provided to people for things that they can influence, and never provided for things they cannot influence.

The current federal-state tax arrangements are hopeless relative to that benchmark. States run schools and hospitals but the Commonwealth raises the money to pay for them.

Not only does this mean that the states have no incentive to find efficiencies, it also means that there is no reason to debate the tradeoff between cost and quality. Perhaps voters in some states are willing to pay higher taxes for even better hospitals and schools, while those in some others prefer to make a different cost-quality tradeoff.

The arrangement Mr Turnbull proposed would have gone a long way to help address these issues.

As many commentators noted, the proposal would also have encouraged competition between the states. It didn't take long before the phrase "race to the bottom" was bandied about – suggesting that states would compete away their revenue base. Yet it would be much more likely that the opposite would occur.

That very tax competition would provide incentives for states to remove distorting taxes like stamp duty, raise efficient ones like land tax, and thus be able to have a lower state income tax rate to compete with other states. All of a sudden there would be an incentive to grow the tax pie through efficient taxation.

Right now, from a financial perspective, states are like a lazy monopolist with no real reason to tax efficiently. And as Nobel-prize-winning economist Sir John Hicks once observed: "The best of all monopoly profits is a quiet life." Anyone who remembers state-owned enterprises in this country before they were forced to compete knows what a difference a little competition can make to responsiveness and efficiency. The Turnbull proposal would have pushed state governments holus-bolus in that direction.

Most of the implementation issues would be easy to handle, with the exception of equity between the states. There's no point providing these incentives to states only to undo them through interstate redistribution. Yet this, too, could have been managed by carving out a fixed portion of GDP in other Commonwealth revenue and allocating it to the Commonwealth Grants Commission with the sole and express aim of promoting interstate equity. The body is already quasi-independent, and that mission would be much clearer than all the complexities that come with "horizontal fiscal equalisation".

I noted early on in this piece that state income taxes would allow for a debate about the balance between the cost and quality of many government services. The proposal would have allowed for states to charge a "flat" additional marginal rate, like the initial 2 per cent, or a lower or higher rate over time. What got completely missed was that it also would have allowed for progressive state income taxation, whereby the state income tax increment could depend on income levels. This occurs, for instance, in most provinces in Canada.

Such a possibility would have given Australia a true taste of democratic fiscal experimentalism. If we take Daniel Andrews at his word about his views on taxing and spending, then Victoria would have implemented a highly progressive state income tax. And the voters would have voted – with their wallets and their feet.

Or perhaps they understood that not only would the proposal have pushed them to tax efficiently and spend prudently. It would have required them to compete with each other on their vision of government and the services it provides.

State politicians being spooked by that prospect? Now that really is disappointing.