Australia is not yet seeing the level of business closures predicted for when JobKeeper and other support measures ended, say UNSW Business academics. 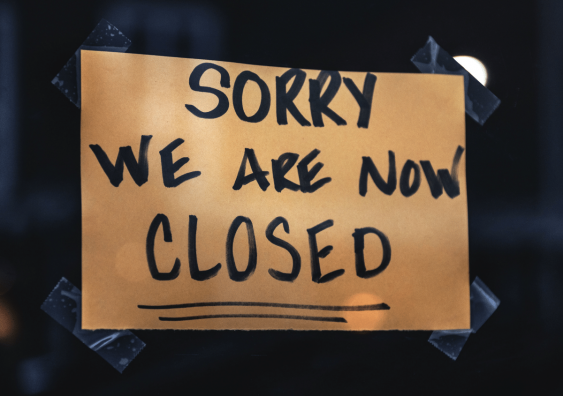 The Australian Bureau of Statistic (ABS) released numbers yesterday showing counts of actively trading businesses has risen by 3.8 per cent between 2020 and 2021, with 87,806 more businesses than the 2019-20 period.

The new ABS data saw a 12 per cent exit rate of businesses 2020-21, down slightly from 12.5 per cent the year before. Dr Pamela Hanrahan, Professor of Commercial Law and Regulation at UNSW Business School says these stable numbers show we are not seeing the wave of business closures some predicted when government measures like the JobKeeper program and suspension of Australia's insolvent trading laws – aimed at supporting businesses – ended.

"The reasons for this might be complicated," she says. "It may be that some businesses affected by COVID-19 lockdowns and related factors are limping on for now, in hope that government and creditor support continues."

Anil Hargovan, Associate Professor in the School of Management and Governance at UNSW Business School agrees, adding that the static exit numbers continue to reflect the impact of earlier protective measures in forestalling business closures.

"It's also important to remember that while COVID-19 has had an impact on businesses, it hasn't been evenly spread," A/Prof. Hargovan says. "Some sectors of the economy are doing extremely well."

See also: As Sydney’s lockdown continues, what support is available – and needed – for people losing income?

Did JobKeeper affect the levels of insolvencies?

Government measures like JobKeeper and a suspension of insolvent trading laws were instrumental in suppressing or forestalling insolvencies, not just in viable companies, but those that were undercapitalised, had endemic cash flow difficulties, or poor management practices, explains A/Prof Hargovan. But he says that it is hard to pinpoint exact effects.

"There's been little transparency surrounding the government's administration of JobKeeper, meaning we don't really know how many businesses were propped up, making it difficult to assess."

While the emergency support program ended as of March 2021, A/Prof. Hargovan believes we are yet to see the full result of any fallout.

"There might be a time lag between the economic crisis and peak insolvency numbers as foreshadowed by the Australian Financial Security Authority (AFSA)," says A/Prof. Hargovan. "History shows us that you can expect at least a four-year gap between crisis and impact."

Prof. Hanrahan agrees, adding that the recent ABS numbers won't fully show the results of Sydney or wider-NSW lockdown. "Does that mean we've dodged a bullet in terms of business insolvencies?" she says. "No. But I think we've kicked the can down the road a bit."

There are also the stories behind the numbers, like small business owners who have simply walked away, or 'zombie businesses' who were being kept afloat by shielding measures like stimulus programs.

A/Prof. Hargovan says he expects a significant number of zombie businesses (companies that are no longer viable but have not yet been restructured or closed) to be exposed to the full brunt of insolvency law over time, now that protective measures have been removed.

"These expectations are subject to insolvency professionals and regulators being vigilant in rooting out Phoenix activities (when companies transfer assets from a debt-ridden company to a new company, meaning old debts cannot be covered), which may have been amplified by the blanket suspension of insolvent trading laws."

There are also the Small and Medium Enterprises (SMEs) who have not declared official insolvency. At a recent roundtable on business support and corporate insolvency, hosted by CPA Australia and chaired by Prof. Hanrahan, industry experts expressed concern that in sectors like hospitality, the prevailing view was to simply 'shut the door and walk away'. 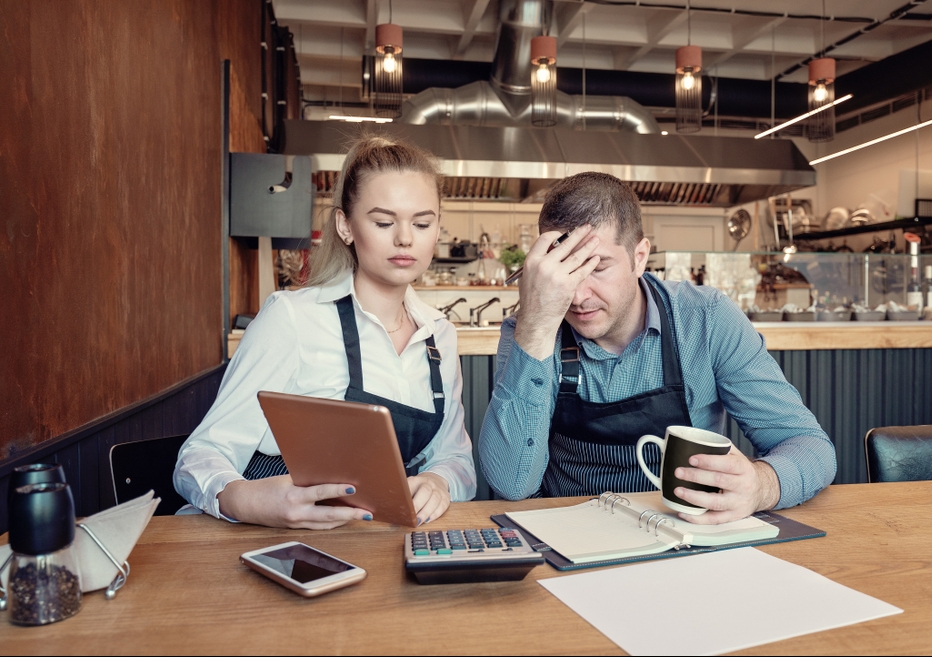 Small businesses are more likely to 'walk away' and not enter into any formal insolvency processes, according to the experts. Photo: Shutterstock

"Small businesses are less likely to engage with an adviser or insolvency practitioner," she says. "Without engaging in any formal insolvency processes or accessing the expertise in the way large companies do, they go straight into liquidation initiated by a major creditor like the Tax Office."

Under Australian law, if the directors of a company that is insolvent allow it to continue to trade, they become personally liable for its debts, says Prof. Hanrahan. As a result, there's a significant incentive to call in insolvency practitioners, and to either restructure or wind up.

How can small businesses recover?

These challenges for SMEs have been compounded by limits in the insolvency law reform passed in January 2021, says A/Prof. Hargovan. He says the issue is that its details are in complex regulations, not easily accessible or digestible by the layperson.

The government is now overhauling these laws, just months after substantial reforms were introduced.

Despite these hurdles to small businesses, Prof. Hanrahan encourages those struggling to not despair and find out all their options before heading straight into liquidation. "Get proper advice and make sure you access reputable information to give your business the best chance of surviving."

Should businesses be allowed to fail at this point?

In a capitalist system, it is a normal practice for businesses to fail. This isn't always a bad thing, says Prof. Hanrahan.

"If you see the system starting to atrophy, then the bigger worry is what alternatives are people not moving forward with," she points out. "I worry about what it's doing to the innovation pipeline." 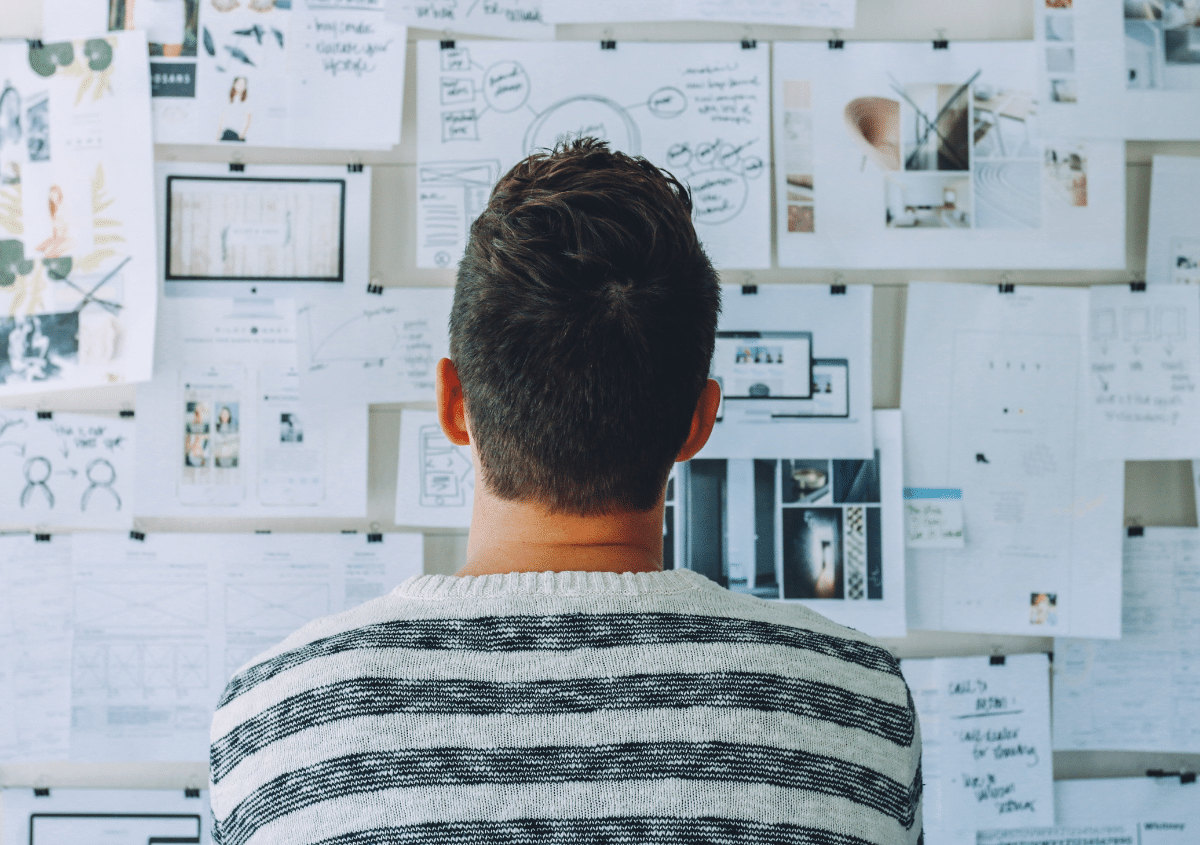 On the other hand, large numbers of small businesses failing at once could have devastating consequences through the ripple effects of insolvency. "History shows that it often results in dislocation of communities through high unemployment," says A/Prof. Hargovan.

But will the government let a swathe of small businesses fall into insolvency?

"If they keep propping them up between now and the election, how bad is that going to be afterwards?" says Prof. Hanrahan. "I think it's very unlikely that they will let thousands of small businesses – a contingent that is their voter base – go broke."

"But JobKeeper resulted in a very significant amount of money being given to businesses that didn't need it. And they're anxious not to repeat that error."

See also: JobKeeper payments: can we trust employers to do the right thing?