What do real estate agents and vendors have to disclose about a house with a chequered past? 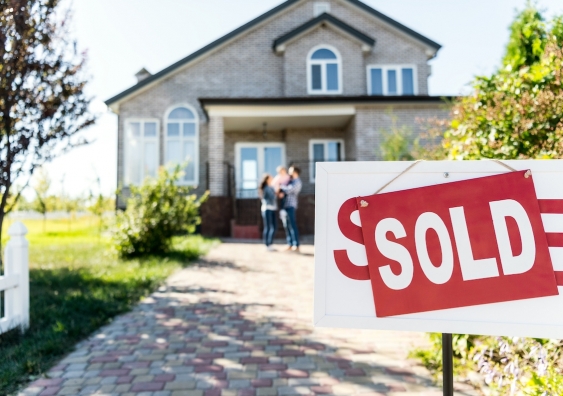 Every property has a past – some more than others. Photo: Shutterstock.

Imagine you’ve just moved into your dream home only to discover it was once a gruesome crime scene. Chances are, it’s something you would’ve liked to know before you struggled to sleep at night.

It turns out there’s a name for these types of homes where a traumatic or violent incident has occurred. A ‘stigmatised property’ is a dwelling a buyer perceives to be psychologically impacted by an occurrence – or suspected occurrence – on the property but which has no physical impact on it. In other words, while the house might not have any defects of the physical kind, it may have a reputation that could affect a potential buyer’s decision to purchase or live in it.

“When buying a property, most things like the physical and structural condition will come to light during the conveyancing process. But the intangible qualities of a property, which may also affect you as a buyer, are much harder to discover,” says Chris Pearce, lecturer in private law, equity and property at the School of Private & Commercial Law, UNSW Law & Justice.

The idea of property stigma can also extend to other circumstances, like the prevalence of crime within the neighbourhood or a notorious former owner. Even allegations of paranormal activity and ghosts can give a property a bad rap. But who – if anyone – is responsible for relaying this sort of information in a sale?

Disclosing a property’s past

While the conveyancing process places the onus on prospective purchasers to make their own enquiries before a sale, that doesn’t necessarily mean the adage ‘buyer beware’ is absolute. Vendors not only fall under an obligation to disclose defects that are in title, but also an increasingly broad list of defects in quality.

Under the federal Australian Consumer Law, vendors and agents are prohibited from engaging in misleading or deceptive conduct. Under certain state-based provisions, agents are also required to disclose any information considered a “material fact” to prospective buyers – that is, a fact an informed purchaser would consider in their decision to buy property. And that includes information about a property’s disturbing past.

“In the case of the stigma arising from a homicide occurring on the property, then this may fall under the vendor’s obligation to disclose depending upon how long ago the crime was committed,” Mr Pearce says.

The degree to which disclosure of stigma is expressly regulated varies between states. In New South Wales, amendments were made in 2020 to the relevant regulations that explicitly require an agent to disclose whether the property was the site of a murder or manslaughter crime within the past five years.

“While agents around the country have ethical responsibilities under their codes of conduct, there is still some discrepancy with the laws from state to state, which can leave agents, vendors and buyers a bit uncertain of what their obligations can be in some circumstances,” Mr Pearce says.

Read more: Is now a good time to buy a house in Australia?

For many, wanting to know about a house’s history is not just about whether it might be haunted. There can be serious reasons why people need to know about a property’s dark history beyond its potential impact on the resale price.

“There’s a tendency to think that people who want to know this information are just superstitious,” Mr Pearce says. “There are also religious and cultural beliefs that prevent some people from living in a home where an unnatural death has occurred.”

This was the case in 2004 when a Buddhist family sought to terminate their purchase of a Sydney property after discovering it had been the site of a triple homicide. The NSW Administrative Decisions Tribunal decided the property’s history was a “material fact” in the case.

“After media scrutiny, the vendors agreed to set aside the contract and return the family’s deposit. The real estate agent’s conduct was also subject to a disciplinary proceeding, and they received a hefty fine,” Mr Pearce says.

As for the laws in different jurisdictions in Australia, Mr Pearce says they may eventually be reformed to better fill in some of the remaining uncertainty with disclosure obligations.

“As more of these kinds of situations arise, the law is able to become more refined, and the result is that the onus increasingly shifts to the vendor to disclose additional matters,” Mr Pearce says. “I see it as a benefit for both parties to have more clarity as to the dividing line between disclosure and non-disclosure.”