Even if 2016 is a tough year for the world economy, Australia is in the right place at the right time, writes Tim Harcourt. 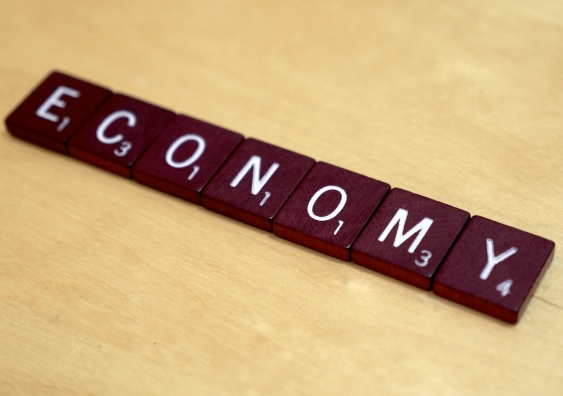 OPINION: It was Paul Keating who said that Australia needs to realise that we get our security in Asia not from Asia.

But what about our economic security ?

It is true that Asia matters in terms of our economic security. Asia is important in terms of trade and increasingly important in terms of inward foreign direct investment (FDI) but less so in terms of outward Investment. Asia accounts for 83 per cent of our total merchandise trade (compared to just under 33 per cent 50 years ago when Geoffrey Blainey wrote his famous book "The Tyranny of Distance " which maybe we can now say has been replaced by the "power of proximity")

But despite these trade patterns information flows are still Anglo American in nature and we are more moved by what the Fed does than the Bank of China. This is  partly for historical reasons and party due to how much transparency we feel there is in economic institutions in our different trading partners.

In Asia we need to look at the big three engines of China, India and the ASEAN bloc.

Of course we need to look at China first as Australia's number one trading partner especially given the market jitters already this year and concern about debt levels.

But despite some of the doomsday predictions China is still growing but it is undertaking one of the most significant economic transformations in world economic history. China's decade long double digit economic growth has ended well and truly as the great Chinese export engine ("the world's factory") left it with

"Too many shippers not enough shoppers".

As a result Beijing is trying to wean itself off its export led growth model to more focus on domestic consumption and investment. And there has been some success with the tertiary sector already 50 per cent of its Chinese economy with less reliance on manufacturing.

In addition China is still being boosted by back-end spending in what the Chinese call the "little country towns" like Chengdu, Chongqing and Qingdao (the deemed second and third tier cities ) of 10 to 20 million plus each in population that provide great markers for Australian architects, urban planners, landscape gardeners and other exporters of professional services.

So as the world bank expects China may grow by 6.5 percent per annum  instead of 7 plus. And if there's concern about the stock market remember the Shanghai exchange is not London or Tokyo as the Chinese stock market is still only 11 per cent of household income and has much smaller impact than in other more mature economies.

India under Narendra Modi "modi mania" is now getting more favourable press. India was slower to modernise than China in terms of recent late 20th century globalisation, having started its reform process in the 1990s, whereas Deng Xiao Ping got China going in 1978. But it could be said that if China is a test match then India is a 20/20 game with a quick fire catch up in terms of growth and trade links with Australia. The World Bank regards India as a bright spot in its forecasts this year, anticipating 7.8 per cent, well above 6.5 per cent for China.

The third economic engine for Australia in Asia after China and India is the Association of South East Asian Nations - Asean. The ASEAN grouping, which was originally a defence pact, is now a full fledged economic community of

622 million consumers representing a market worth 3 trillion Australian dollars which is the third largest economy in Asia and the seventh largest in the world.

ASEAN is an economically diverse from OECD like Singapore to the poorer nations in the Mekong Delta like Laos, Cambodia and Myanmar but many commentators rate Vietnam highly as hot spot to watch this year along with a high risk high return market like Indonesia. Some medium term tail winds in the trade sphere will help Asean with the Trans-Pacific Partnership TPP expected to raise Vietnam's economy by 10 per cent by 2030 through market access for its textile clothing and footwear trade and benefit Malaysia ICT sector. Whilst north east ASIA economies like Japan and South Korea are more advanced and don't grow as rapidly as ASEAN, the FTAs in place in 2016 are forecast by the DHL Export Barometer to significantly increase opportunities for Australian exporters in Seoul and Tokyo.

Outside of Asia, Janet Yellen has got the US labour market back on track as the USA recovers, Europe is still suffering from Europhobia and is looking for some Eurovision and the Middle East contains some bright spots like UAE and Qatar who suffer from being the best house in a bad neighbourhood.

In South America there is a bit of "Trading places" going on with Argentina on the rise thanks to the new macri economics under president macri but former economic poster boy Brazil about to go through impeachment of its president. The World Bank expects that

the Brazilian economy will contract by 2.5 per cent this year and the authorities can hardly "blame it on Rio" - in fact the Rio Olympic Games represents one of the few bright spots on the economic calendar for Brazil in 2016.

In fact it's hard times ahead for the "BRIC economies "with the exception of India with the world bank concerned about Brazil Russia China and South Africa all representing a drag on world economic growth.

So what does this all mean for us in Australia? We have to adjust to lower commodity prices and some movement from the "Mining boom to the dining boom" with more emphasis on agribusiness and demand for food security in Asia. The falling dollar is helping export competitiveness although 80 per cent of exporters now also import. The rise of professional services in our export profile is also helping us survive the drop in commodity prices although the terms of trade are still healthy in terms of our economic history.

All in all for Australia our geographic position in the 21st century is in sync with our economic links as the power of proximity has replaced the tyranny of distance. And even if 2016 is a tough year for the world economy, Australia is still in the right place at the right time in the Asian century.

Tim Harcourt is the JW Nevile Fellow in Economics at UNSW Australia Business School and author of The Airport Economist and Trading Places.

This opinion piece was first published in the Herald Sun.

Punting on exports: a Melbourne Cup form guide to the Asian Century