The citizenship troubles that rocked the Labor Party this week are not all good news for the government, writes Rosalind Dixon. 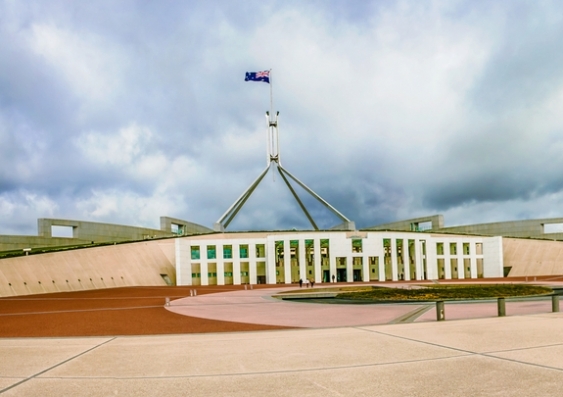 OPINION: Time this week seems to be on the government’s side: the Treasurer on Tuesday handed out a budget that promised significant tax cuts, and a return to surplus, largely through a series of complex choices about timing. And the High Court today ruled that ALP Senator Katy Gallagher was incapable of being chosen for the Senate at the last federal election, because at the time she nominated as a candidate the UK Home Secretary had not yet registered her renunciation of British citizenship.

The problem for Senator Gallagher was all in the timing: even though she filled in the forms and paid the fee, her attempts to renounce her citizenship simply came too late for constitutional purposes.

In ruling against Senator Gallagher, the High Court affirmed its prior ruling in the Citizenship Seven Case that a person’s status as a foreign citizen is ultimately a question of foreign law. The only exception, the Court held, is if foreign law irremediably prevents an Australian citizen from renouncing their foreign citizenship, and thus becoming eligible to participate in the process of representative government in Australia.

In such a case, the court has held the constitution allows a person to nominate for office, providing they take reasonable steps to renounce their foreign citizenship. But the Court yesterday suggested that what counts as an irremediable obstacle to renunciation is very narrow – it is not simply the possibility or existence of delay, even potentially unreasonable delay, on the part of a foreign government in processing a request to renounce a person’s citizenship, or the fact that renunciation depends on the actions of a foreign official. It is only requirements that make renunciation effectively impossible, or impossibly onerous.

In October's Citizenship Seven ruling, the court tightened the requirements of compliance with foreign law, even for those unaware of their foreign citizenship. Yesterday’s interpretation was even stricter, though entirely predictable given the court’s reasoning in the earlier case.

The instability caused by further doubts over the eligibility of members of Parliament is likely to do further harm to the public’s faith in our political system as in good working order. This hurts the government, as much is it hurts other parties.

In more good news for the government, the strictness of this test has already led four other members of Parliament, all of whom sit on the opposition or crossbenches to resign based on the similarities of their cases to Gallagher's.

The government, however, should not be too quick to celebrate these temporal victories. The instability caused by further doubts over the eligibility of members of Parliament is likely to do further harm to the public’s faith in our political system as in good working order. This hurts the government, as much is it hurts other parties.

The High Court also signalled broader potential dangers. It  might be expected to be equally strict when interpreting and applying the constitution in future cases – where core government interests or policies may be at stake and under challenge.

Rather than celebrating, the government might do well to focus its efforts on reform– and embrace the recommendations for constitutional change that are widely expected to come from the Joint Standing Committee on Electoral Matters in this area. Section 44 may not be the only, or the most important, part of the constitution in need of change. But it should remind us – and especially those in Canberra – that there is an urgent need for a broader national conversation about constitutional reform.

Rosalind Dixon is a Professor of Law at UNSW Sydney.