The NSW government's draft strata termination legislation will empower private citizens to compulsorily acquire other people's homes for redevelopment, even if that redevelopment fails to produce any public benefit, warns Cathy Sherry. 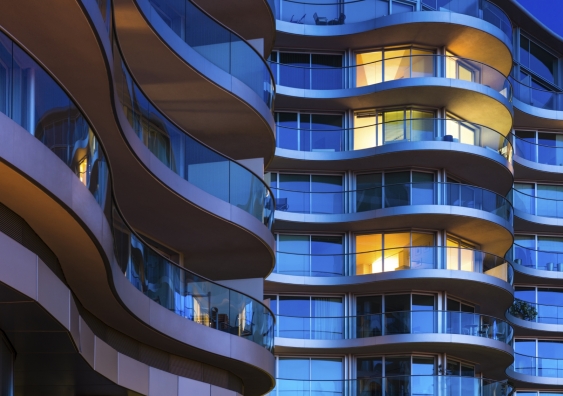 People who live in their own apartment face the risk that their neighbours, investors in their building or a developer will decide that they can make a lot of money out of redeveloping the land, and irrespective of another owner's desires or needs, that owner will be forced to sell. So long as 75 per cent of owners agree, (many or all of whom may be investors or a single developer), the site can be collectively sold or redeveloped.

The justification for the legislation is urban renewal and urban consolidation. That is, there are apartment buildings in Sydney that are nearing the end of their life and repairing them is like moving the deck chairs on the Titanic. Further, Sydney desperately needs more housing, and redeveloping a six-lot strata scheme into a 24-lot scheme will increase supply and density. Both are laudable aims and could justify legislation that requires less than unanimous agreement to sale or redevelopment, even if that resulted in people involuntarily losing their homes.

The problem is that the government has not included either justification in the legislation.

There is no requirement that the building that is being redeveloped against the wishes of a quarter of the owners has to be run-down. It may be one of the many well-maintained small schemes in Sydney, but because it is in a high-value position, with the potential for higher density redevelopment and a very hefty profit, it will be a prime target for "renewal".

Look along Sydney's beaches and Harbour front and you will see multiple properties that could be redeveloped to the height of their neighbours'. If that property is a freestanding house, the owner will be safe. No one can force them to sell. If the property is a four or eight-lot apartment block, already doing four or eight times as much for urban density than the freestanding home, its owners will not be safe. No matter how much they have cared for their home, no matter how attached they may be to the neighbourhood, no matter how old, sick or frail they may be, they can be forced to sell.

While most sites will be redeveloped at higher density, even that is not guaranteed. The only motivation developers have, quite legitimately, is profit, and redevelopment at lower density can produce that result. In 2011, a developer who failed in his attempt to buy out a run-down building on Bondi Beach wanted to turn the site from an eight-lot scheme into a four-lot scheme. The condition of the building in question would have justified forcible redevelopment, but the case still demonstrates that market solutions are invariably imperfect. The market-driven "luxury" redevelopment of that site would have halved its contribution to housing supply.

Compulsory acquisition of property is sensitive, and rightly so.  At the risk of understatement, forcibly taking someone's home is a serious invasion of their private life. Despite this, there is surprisingly little legal protection for property in law. The Federal government must pay "just terms" under the Australian Constitution when it acquires land, but there is no equivalent provision in the New South Wales Constitution restraining State or local government, the most likely governments to resume land. Further, unlike the US, there is no constitutional requirement that governments only resume land for a public purpose. The NSW government can resume land for whatever reason it wants. However, in order to avoid revolution, state governments pay compensation in accordance with a statute and restrict resumptions to projects that have some (even if arguable) public benefit, such as WestConnex.

The new strata legislation will empower not government, but private citizens to compulsorily acquire other people's homes. Compensation will be paid, but because the justification for the legislation, namely urban renewal and consolidation are absent from its provisions, acquisition may or may not produce a public benefit. In some buildings, the only benefit will be a nice fat profit for other owners and a developer, as well as more high-end housing for those who can afford it.

Ownership of a strata apartment necessarily involves limits on individual owners' rights, and that may include losing your home to free everyone from fruitless, spiralling maintenance costs in a building that has had its day. It might also include losing your home to create greater urban density, although it could be asked why those privileged enough to live in freestanding houses doing the least for urban density are exempt from this utilitarian obligation.

However, strata title legislation should never take the property of one citizen and give it to another for the sole purpose of that other citizen making a profit. The possibility of that occurring must be an anathema to any functioning democracy.

Cathy Sherry is an academic in the Faculty of Law, UNSW and the author of Strata Title Property Rights: Private Governance of Multi-Owned Properties, (Routledge, 2016)

This piece first appeared in the Sydney Morning Herald