As more families chose to live in apartments and high-density housing, more thought needs to be put into the bylaws that constrain their lives, writes Cathy Sherry. 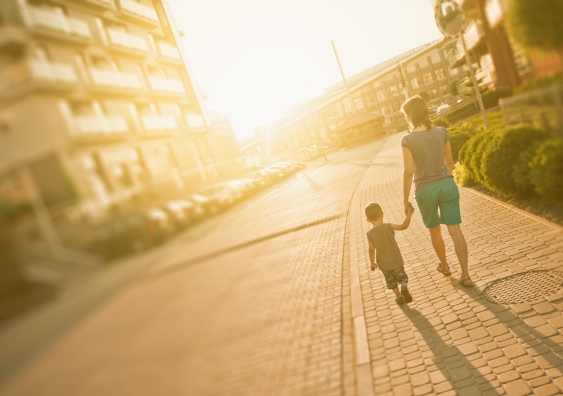 OPINION: There is a community title estate in Sydney made up of multiple high-rise buildings that bans children under 13 playing on all common property without a resident adult over 21. The common property includes parks, basketball and tennis courts. Residents were anticipated to be singles and couples, but families now constitute the majority of the estate.

While the 20km/h speed limit, parks and sporting facilities should make the estate a child's paradise, children under 13 are seriously limited in their ability to benefit from their physical environment. A group of 11 year olds cannot kick a ball in the park on their own, or with their 18-year-old, adult sibling, or their non-resident grandparent.

The by-law is probably aimed at reducing insurance premiums, but the owners were not legally required to balance that with the needs of their child residents. While the wider community is spending millions trying to combat childhood obesity, groups of private citizens are allowed to counter those efforts by limiting the use of open space in strata and community schemes.

This is one of the difficult issues that Australian strata schemes will increasingly face: balancing the interests of adults and children. Either through economic necessity or a desire to be close to work, transport and the cultural life of the city, many families are choosing to remain in apartments as their children age.

Among the significant changes to the new strata legislation is a prohibition on bylaws that are "harsh, unconscionable or oppressive". This is a marked improvement on the previous legislation, although it arguably does not go far enough. Bylaws are the rules that regulate the use of both common property and private apartments. They are necessary in collectively owned, high-density housing to ensure that residents can live together harmoniously. Consistent with the theory that schemes run best when people can control their own environment, legislation has traditionally given owners extremely generous powers to write bylaws.

However, when the legislature gives citizens the power to write rules for their neighbours, there is a risk that some people will wield that power selfishly. This typically occurs when people are unable to rationally balance their own interests with those of others, rapaciously preferring themselves.

It goes without saying that children use space differently to adults. They run, jump and make noise. Some adults find this use of space irritating. However, running, jumping and yelling is not just something children do for fun; research unequivocally demonstrates that it is essential for their physical, emotional and intellectual development. This is, in turn, essential for all of us, as we need the workers and leaders of the future to be as well-developed as possible.

It raises the question of whether when regulating the use of private and common property with bylaws, strata schemes should be required to consider the well-being of children. And perhaps, consistent with other areas of the law, give children's interests precedence.

Even more fundamentally, bylaws can present a risk to children's lives. The model bylaws for strata schemes prohibit people driving screws or nails into common property without approval, but makes an exception for devices that prevent harm to children. In theory this should allow parents to attach safety nets to their balconies at their own expense to protect children from fatal falls. Because we cannot watch children every second of every day, we put barriers between children and serious threats, such as pools and stairs. Balconies would seem to be in the same category. However, consistent with the theory that strata owners should be able to control their own environment, the model by-laws do not have to be used, allowing owners to refuse permission for safety nets. Strata owners are legally entitled to prioritise building aesthetics and property values over children's lives.

Are any of these bylaws "harsh, unconscionable or oppressive"? Maybe, maybe not. The bar has been set pretty high. In contrast, Tasmania bans bylaws that are "unreasonable" or that adversely affect the "health, welfare or safety of any person", provisions that would clearly invalidate attempts to ban children playing or being protected from falls.

Dr Cathy Sherry is a senior lecturer in Law at UNSW and the author of 'Strata Title Property Rights: Private governance of multi-owned communities' (Routledge, London, 2016).

A law degree? Only if you're committed