Opinion Stripping of citizenship a loss in more ways than one

The creation of the Citizenship Loss Board is an Orwellian development that operates in secret according to its own rules, writes George Williams. 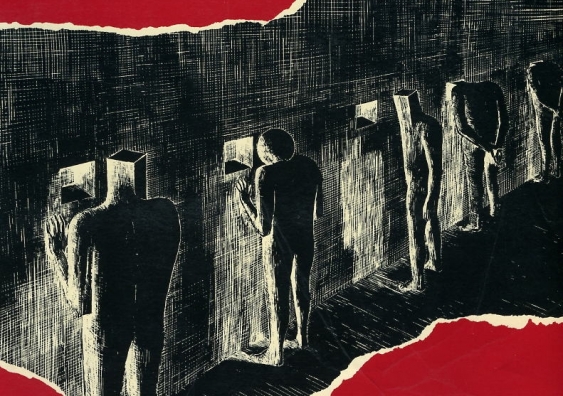 The Citizenship Loss Board is an Orwellian development, and yet another indication of Australia's willingness to compromise good governance and basic rights in the name of the war on terror.

OPINION: A Citizenship Loss Board has been created within the federal bureaucracy to enable dual nationals to be stripped of their Australian citizenship. It will consider the cases of more than 100 Australians involved in the conflicts in Iraq and Syria. Despite first meeting in February, the board is not mentioned on any government website, and its members have not been revealed. We know only that it comprises intelligence and police officers, and officials from a range of government departments.

The board is not mentioned anywhere in the law. It operates in secret according to its own rules. It can act on untested evidence and questionable intelligence, including hearsay and information gained from a person subjected to duress or torture. It can also make decisions about a person without giving them an opportunity to be heard. There is no requirement that it act fairly, or even that it be free of bias.

The board is not mentioned anywhere in the law. It operates in secret according to its own rules. It can act on untested evidence and questionable intelligence, including hearsay and information gained from torture.

The body is not politically accountable, as it lies outside the normal chain of ministerial responsibility. The public servants on the board, and not the minister, determine whether citizenship is revoked. The minister is left with the option of exempting a person from losing their citizenship, or of informing them of that fact. The board is a power onto itself, as it is difficult to see scope for review of its work by a court.

This is especially concerning because of what is at stake. Citizenship is one of the most fundamental of human rights because so many other privileges flow from it. In determining whether a person should lose their citizenship, the board is in effect casting judgment on whether that person should continue to enjoy political rights, such as the right to vote, and a host of other entitlements, including welfare benefits and the ability to enter and live in Australia.

The Citizenship Loss Board is a byproduct of the controversial Allegiance to Australia Act, which was enacted with bipartisan support at the end of last year. That law grants exceptional new powers to strip dual nationals of their citizenship. This is triggered when a person engages in any one of a number of specified acts, including financing terrorism, fighting for a terrorist organisation or engaging in hostile action overseas. 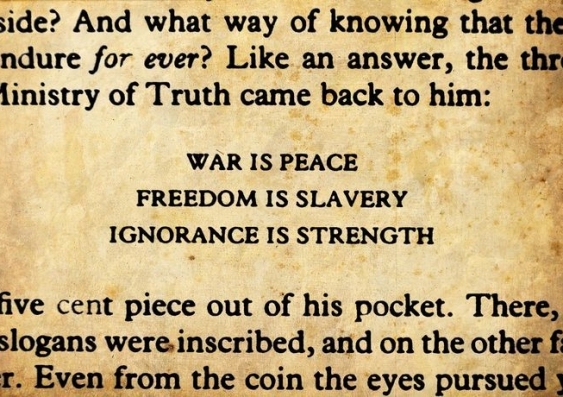 An example of 'doublethink' from George Orwell's novel 1984.

Remarkably, the law is silent on the process of determining whether a person has committed such acts. It merely says that 'the Australian citizenship of the person ceases immediately upon the person engaging in the conduct'.

The job of resolving whether a person has engaged in conduct like this would ordinarily fall to a judge. We ask judges to take on this role because a person should only lose their liberty or rights in a democracy as a result of a fair process and a decision by an independent person. In the case of serious crimes involving the possibility of imprisonment, members of the community are also involved through service on a jury.

"The greatest tragedy that could overcome a country would be for it to fight a successful war in defence of liberty and to lose its own liberty in the process" – Robert Menzies.

The Allegiance to Australia Act confounds these understandings. It confers no powers upon judges or juries, instead leaving a vacuum when it comes to determining whether someone has fallen foul of the law. The government has inserted the Citizenship Loss Board into this gap.

This results in a breach of traditional legal principles such as the rule of law and the separation of powers. Unnamed government officials are left to determine whether a person should be banished from the country. To use the words of Chief Justice Warren of the US Supreme Court, public servants are able to impose a punishment involving "the total destruction of the individual's status in organised society".

The creation of the Citizenship Loss Board is an Orwellian development, and yet another indication of Australia's willingness to compromise good governance and basic rights in the name of the war on terror. Measures such as this show how we are losing our sense of perspective. Our goal in countering terrorism is not to maximise security by creating a police state, but to preserve a liberal democracy that safeguards liberties such as freedom of speech and the right to a fair trial. We must not compromise these important democratic values in the name of preserving them.

Our leaders would do well to recall the words of Prime Minister Robert Menzies on 7 September 1939, four days after he announced that Australia was at war with Nazi Germany. In introducing an extraordinary new law to safeguard the nation's security, he warned that in the battles to come "there must be as little interference with individual rights as is consistent with concerted national effort". He concluded that "the greatest tragedy that could overcome a country would be for it to fight a successful war in defence of liberty and to lose its own liberty in the process".