Opinion The stupidest excuse for non-disclosure ever

The notion that revealing how much big companies pay in tax might expose their CEOs to kidnapping is just one of the more colourful arguments in a litany of bogus excuses for non-disclosure, writes Jeffrey Knapp. 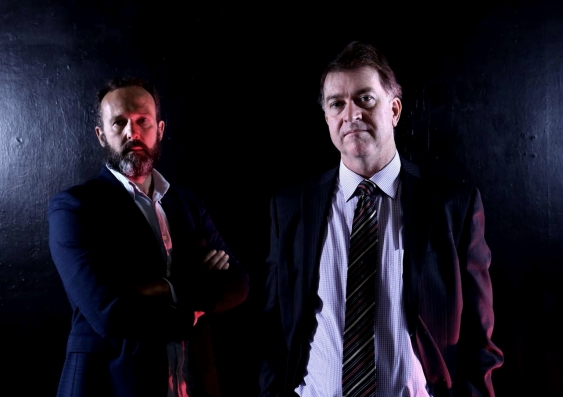 OPINION: A proposal to exclude Australian owned private companies from disclosing their income tax information is currently the subject of a Senate inquiry due to report on October 12.

The inquiry comes after the Abbott government sought to have around 700 companies with sales of more than A$100 million exempted from disclosing how much tax they pay, citing concerns it could make the heads of these companies kidnap targets.

I’m on record as saying this is the stupidest excuse for non-disclosure I’ve ever heard.

Companies that run Australian businesses generating A$100 million in gross annual income are likely to have a significant effect on the lives of many people. It’s therefore in the public interest that these companies be transparent and publicly accountable.

Companies that run Australian businesses generating A$100 million in gross annual income are likely to have a significant economic effect on the lives of many people - contractors, creditors, employees, customers and local communities. It’s therefore in the public interest that these companies be transparent and publicly accountable.

At the same time, it is beyond belief that there is an unsatiated demand in Australia for kidnapping because the baddies are unaware of who to take. What of these frustrated would-be kidnappers that have been denied their stock-in-trade because no tax-related information is available for identifying targets? What have these wannabes been doing with all their spare time? They must be filled with deep regret about the lack of information from the ATO every time a Lexus LFA or Nissan GT-R passes them by.

Not the worst excuse

Unfortunately though, it appears there are even worse excuses out there for non-disclosure. There is considerable competition for mediocre excuses in the submissions to the Senate inquiry and in the earlier submissions to a June 2015 exposure draft entitled “Better targeting the income tax transparency laws”.

Some excuses for non-disclosure other than kidnapping that have been trotted out in public submissions by big business and the accounting and legal fraternity are listed below, along with a response.

Affairs of private companies relate to individuals and family activities and they are entitled to the human rights of privacy.

Companies are not entitled to human rights. It is silly to think you can’t lift the corporate veil because of privacy concerns. If you want to be that private, then don’t be a shareholder or director of a company.

The information may be used to exert commercial pricing or other leverage or advantages over companies.

Businesses with A$100m annual gross income are more likely to be the ones exerting that sort of pressure.

The information may create false perceptions or be misread and misinterpreted resulting in reputational damage or additional costs to protect reputation.

It is a sufficient condition that the information is accurate and from a credible source.

Information being misused and misinterpreted, thereby eroding public confidence in the integrity of the current tax system

Transparency will assist the Federal Parliament to identify how to make the current tax system fairer thereby leading to increased public confidence.

Taxpayers will be encouraged to restructure or implement complex structures to avoid disclosure.

Companies that restructure primarily to avoid something tax-related - good luck with that.

The information will mean that a family company’s children and adults will be burdened by people seeking money and undue harassment.

We all cope with that burden from time to time.

It is discrimination and contrary to the rule of law.

Targeting multinationals for tax disclosure over Australian-owned companies is discriminatory.

Given the recent Four Corners expose on 7-Eleven in Australia, do you think privacy and a lack of financial information on the public record has made things better or worse for this company and our community?

There is one anonymous submission (“Private Co”) that argues the full gamut of excuses for non-disclosure by Australian owned private companies. Private Co says it supplies the majority of its products in the Australian food, beverage and petrol retailing landscape and is not required to place an annual financial report on the public record. On this basis, Private Co could be 7-Eleven Stores Pty Limited. This is pure speculation, but it is worth considering hypothetically.

Given the recent Four Corners expose on 7-Eleven in Australia, do you think privacy and a lack of financial information on the public record has made things better or worse for this company and our community? It might be in the long-term interests of the owners and other stakeholders if the company was subject to more accountability and transparency rather than less.

There is no point adding another layer of disclosure regulation that diverts ATO resources away from compliance, enforcement and education activities. The logical solution is to fix the existing ASIC disclosure regime so that all companies beyond a certain size must put an annual financial report on the public record.

It is unfair that a large private company such as Hancock Prospecting has to make its annual financial report accessible to the public, but 7-Eleven Stores Pty Ltd does not. The solution is not more secrecy, more targeting or more politicking. It’s time to accept the simple proposition that transparency and public accountability extends beyond shareholders if a company is so economically significant that it impacts on the lives of many.

Jeffrey Knapp is a lecturer and PhD candidate at UNSW's Business School. This opinion piece first appeared in The Conversation.