Opinion Subcontractors speak out on productivity

There has been a vast amount written about construction productivity stretching back more than 50 years, writes Martin Loosemore. 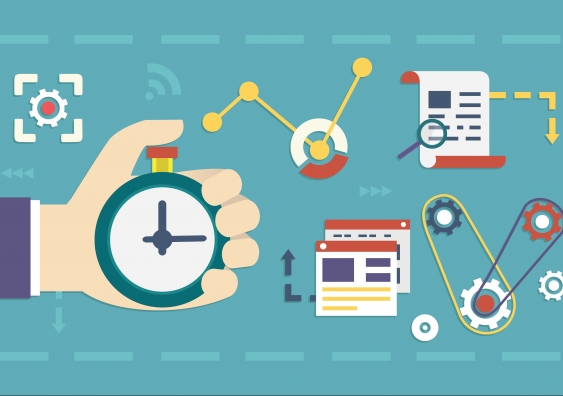 OPINION: A recent search of articles published in leading internationally peer reviewed journals and conferences over this period produced over 500 references to productivity, looking at a wide variety of issues.

For example, during the resources boom, huge investments in technology reduced MFP in that industry, making construction look more productive than it actually was – a fact often overlooked in the debate about the ABCC’s impact on productivity. As those machines have come on-stream, the opposite will happen. However, MFP does not take account of other variables such changed management practices and work environments on productivity. Such measures are called ‘total factor productivity’ (TFP) but this data is not easy to get and it is often seen as unreliable.

Other studies have found that the low rate of technology adoption and innovation is a problem with potential productivity improvements in the range of 30 to 40 per cent being possible. In Australia, much of our effort over the last 30 years (as evidenced in three Royal Commissions) has been preoccupied with industrial relations reform, and more recently and controversially with the role of the ABCC. However, some believe this obsession with industrial relations has diverted attention away from more important areas of productivity enhancing reform. The influential Grattan Institute has argued that there is no empirical evidence that industrial relations had any greater impact on productivity than any other type of reform and that a response across a number of front such as innovation, workforce diversity, education and training and procurement reform would produce the greatest benefits.

So what do subcontractors think?

Recent research with seventy one of Australia’s most prominent tier-one subcontractors shows that the following factors are central to subcontractor productivity:

Productivity is strongly influenced by the levels of trust and quality of relationships on a project. Most subcontractors feel there needs to be a stronger focus on building and maintaining relationships to run jobs and that many new graduates lack the skills to build rapport, have little understanding of site processes and have no connection with subcontractors or understanding of their business. When tendering, subcontractors price the project team as well as the project specification, with a good team making a potentially huge difference to productivity of 20 to 30 per cent.

Poor tender practices emerge as a strong recurring theme, providing little opportunity to be involved in up-front decisions or time to innovate. Bid-shopping is also a common problem which negatively affects trust and productivity – a pointless and deceptive game on all sides which benefits no one. It is also common for principal contractors to share subcontractors’ IP during the tender process in order to secure a lower price, leading subcontractors to hold back ideas which could potentially improve productivity on a project. The emergence of cheap overseas labour has not helped, allowing unscrupulous subcontractors to undercut those firms who employ local skilled labour. It is often cheaper for a principal contractor to employ them to win a job and then ask a tier-one to mop up the mess afterwards.

Poor project documentation and document control are major barriers to productivity, with the quality of design documentation emerging as a particular problem. It is not unusual to have only 30 per cent of the required information at the start of a job and for jobs to be designed and built ‘on the run’ – a problem exacerbated by underpaying for good design and engineering services and by the practice of novation. Another problem is the growing administrative burden on projects (especially around safety, quality and environmental issues) and the abuse of new communication technologies and automated document control systems which can often result in indiscriminate drawing distribution. This is often caused by inexperienced supervisors ‘covering their backs’ and can result in 30 to 40 per cent of subcontractor staff on site being tied up with non-productive administration.

There is a general perception that the quality of management and supervision has dropped significantly in recent years. This would appear to be driven  by a gradual dilution of experience as older supervisors retire without passing their skills to the younger supervisors who fill their shoes. Furthermore, most new supervisors are now straight out of university and often lack the understanding of those who worked their way up through a trade.

Poor scheduling and planning is another significant barrier to productivity as a result of poor training, the loss of experienced staff, later involvement in the tendering process and the tendency for principal contractors to transfer ever more risk to subcontractors and thereby absolve themselves of responsibility in this area. On many sites, subcontractors are left to coordinate themselves and since subcontracts are left too late, they don’t have time to plan in advance – especially in the case of being an up-front trade. More time equals more thinking equals more solutions.

Many subcontractors complain of burnout impacting productivity, of projects being fast but not efficient and of constant and growing pressure to resolve management problems by working continuous overtime. Research shows that when overtime is worked continuously for four weeks or more, every one hour’s increase in the working week over 40 hours causes a one per cent loss of productivity.

Most respondents identified industrial relations as a major productivity issue, although this varies from state to state. EBAs and the union delegates who enforce them were both a major concern among the respondents. While unions and EBAs were seen as important quality control mechanisms to keep unscrupulous subcontractors out of the market and maintain safety and standards, they also escalated labour costs without any link to productivity. It is also apparent that subcontractors price union delegates when tendering for a project – adding up to 20 per cent and assuming the worst if the delegate is not known. Good delegate/management relations can make a huge difference to how a job runs.

According to subcontractors, productivity could be significantly improved if principal contractors avoid bid-shopping, respect subcontractor IP, avoid making comparisons solely on spread sheets and talk to subcontractors earlier in a project. There is also a clear need to up-skill junior staff in project management, coordination, logistics, communication, relationship building, workplace relations and ethics. And there is a need to address the administrative burden of an increasing compliance culture and to improve the quality and management of project documentation on projects.

In defence of principal contractors, many of these problems can be traced back to client procurement practices and more broadly, the under-valuation of good design and poor design management. The role of clients in the construction industry is a subject that has attracted little attention and which deserves greater debate.

Dear Mr Trump: here’s how you build a wall