Treasury’s superannuation paper contains few surpises and can be viewed through the lens of the Abbott government's commitment to reduce red tape, writes Helen Hodgson. 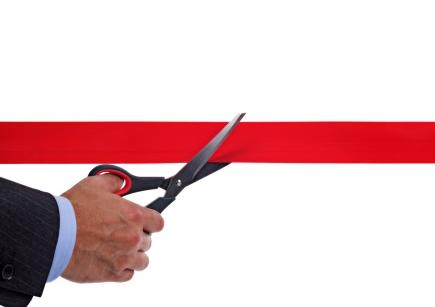 OPINION: The consultation paper released by Treasury on the governance of superannuation funds doesn’t include any surprises.

There are no policy recommendations of the type the Grattan Institute called for in its recent report; instead it focuses on the compliance and transparency issues and builds on work done in previous reviews. However, it does need to be examined through the lens of the Tony Abbott government’s commitment to reduce regulatory red tape, as articulated by Assistant Treasurer Senator George Sinodinos in his first major speech in the role.

Review of the reviews

A number of reviews during the term of the previous Labor government identified shortcomings in relation to the regulation of the superannuation system. Notably theCooper Review led to the MySuper reforms, which were intended to demystify and promote better engagement with the superannuation system for members by offering a standardised product without bells and whistles.

This latest consultation paper seeks input on three aspects of the regulation of superannuation funds. (Its closing date is 12 February next year.)

Firstly it addresses the governance of the fund and the composition of the trustees of the fund, questioning the need to have an equal number of employer and employee representatives, instead promoting the idea of independent trustees.

It would be easy to regard this as a “union busting” measure, overriding a requirement that has been incorporated in the Superannuation Industry (Supervision) Act 1993 since the legislation was enacted. However the landscape of the superannuation industry has changed significantly over the past 20 years.

The basic rule of 50/50 representation applies to employer sponsored funds, which have decreased in number from 1,405 in June 2004 to 122 in June 2012, and now only control 4% of assets in the superannuation sector.

Other funds, including most industry funds, are required to have an arrangement in place that is approved by the members of the fund and APRA (Regulation 4.08A Superannuation Industry (Supervision) Regulations 1994); a requirement often met through establishing a Policy Committee with employer and member representation, frequently though a relevant union.

The number of industry funds has also declined over the last eight years although the number of member accounts has increased. The composition of the Board of Trustees or Policy Committee should enhance transparency: whether this is best through the involvement of employee representatives or through independent trustees is a moot point.

Many readers of The Conversation will have been affected by changes made to Unisuper that has had an adverse impact on entitlements, although the relevant clause was approved by both the Consultative Committee, which has 50% employee representation and the Board, which has employee and independent representation.

The second issue relates to transparency and the way in which funds report their performance. MySuper will adopt a form of simplified “dashboard reporting”, although the consultation paper suggests that this may be deferred beyond the proposed start date of 1 July 2014, and the paper asks whether a similar form of simplified reporting should be more widely adopted.

There are a number of threshold questions that need to be considered as part of this proposal, including determining which benchmarks are the most useful to superannuation fund members and how those benchmarks should be defined.

The third issue addressed in the report seeks to explore the implementation of the Productivity Commission recommendations regarding default superannuation funds in Modern Awards. Although the Fair Work Commission has commenced a review of default funds, with the intention of developing a list of default superannuation funds, the consultation paper notes this goes further than the Productivity Commission recommendations.

It seeks guidance on how default funds should be nominated: whether any MySuper product should be acceptable or whether a high quality list should be developed, and who should be responsible for that process. This aspect is again attributed to a desire to cut red tape, although it could also be attributed to an ideological view of the award process.

Getting the balance right

Overall, the issues raised in this consultation paper are matters that need to be reviewed in the context of the current superannuation environment. The balance of regulation and compliance costs is difficult to get right: unnecessary regulation can increase costs to employers and to members as funds comply with the requirements.

However in a mandatory superannuation system there must be sufficient regulation to protect members’ entitlements, and members must be empowered to understand how their retirement funds are being managed. Reductions in red tape should not be allowed to override the need to look after the members of these funds.

Helen Hodgson is a Senior Lecturer in the School of Taxation and Business Law at the Australian School of Business.