Separate lawsuits filed against Costco and Nestlé alleging the use of slave labor in their supply chains could spark a reassessment of corporate social obligations, writes Justine Nolan. 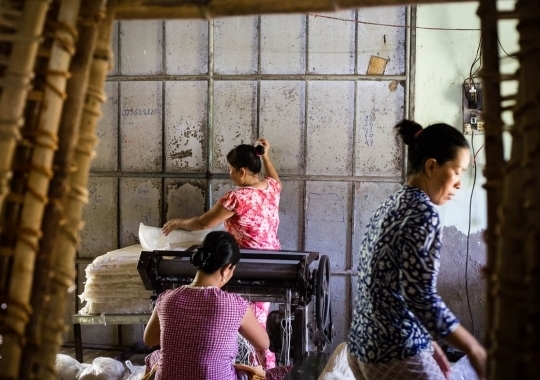 OPINION: In the last two weeks a number of significant legal developments have taken place that should make companies sit up and take stock of their human rights and labor rights obligations in their supply chains.

A third case worth noting, is the recent decision of the US National Labor Relations Board (Browning-Ferris Industries) also in August, which challenges the fundamental concept of when companies might be considered to be acting as ‘joint employers’ and raises the question of whether companies linked via their supply chain might formally assume joint legal responsibilities to workers at the bottom of that chain.

The Costco and Nestlé lawsuits stem in part from a relatively new legal obligation placed on certain companies operating in California to disclose the efforts they are making, if any, to eradicate human trafficking and slavery from their supply chains. Since 2012, large retailers and manufacturers doing business in California with more than US$100 million in gross receipts have been subject to the California Transparency in Supply Chains Act (SB-657). To comply with the law, these companies must disclose on their web sites the steps taken (such as auditing suppliers) to verify that their supply chains are not “tainted” by slavery and human trafficking. 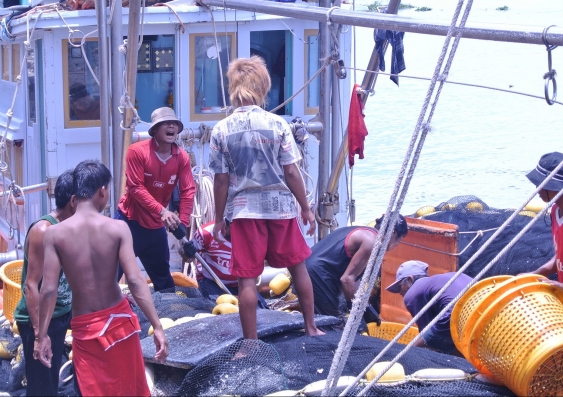 The law’s purpose is to provide consumers with critical information that may allow them to distinguish companies based on the merits of their efforts taken to tackle this issue. The law does not impose a penalty for failing to take steps, only for failing to disclose whether a company engages in supply chain due diligence or not. The Act itself also does not describe what such due diligence should look like.

"Some of the practices alleged to be occurring in the Thai fishing industry include torture, chaining of workers and killings of those who seek to escape illegal fishing vessels."

The separate lawsuits allege that various public disclosures by both Costco and Nestlé are fraudulent and misleading because while they state that they do not tolerate human trafficking and slavery in their supply chain they continue to sell seafood products to consumers that are allegedly the result of slave labor. In its 2015 Trafficking in Persons report examining human trafficking in 188 countries, the US State Department in July cited concerns about slave labor in Thailand’s fishing industry and faulted the Thai government’s record in fighting exploitation. Some of the practices alleged to be occurring in the Thai fishing industry include torture, chaining of workers and killings of those who seek to escape illegal fishing vessels.

Neither Costco nor Nestlé are accused of engaging in such practices but rather working with companies in their supply chains that are sourcing the seafood from suppliers that do engage in such practices.

Much emphasis has been placed in recent years on increasing corporate reporting around human rights and while the disclosure of information by itself does not guarantee accountability, such cases show that reporting is a tool that has the power to advance accountability by increasing transparency around corporate operations which may then trigger pressure by other means to improve corporate human rights performance.

The third case, the recent decision of the National Labor Relations Board in Browning-Ferris Industries (BFI) also highlights the potential use of a company’s supply chain to hold business to account for its human and labor rights obligations. Recent decades have seen an increase in the use of labor arrangements both in the US and abroad, whereby the real employer hides behind a corporate structure, claiming that its employees are working for some other employer such as a temp agency or a farm labor contractor. These companies that supply employees can change corporate identities or go out of business if a union organises their employees or if workers sue for back wages or other compensation owed. The challenge is to determine who the ‘employer’ is and thus who might be liable for redress if problems occur.

In BFI, the National Labor Relations Board held that two or more entities are joint employers if they share and codetermine matters governing essential terms and conditions of employment. It explained that the initial inquiry is whether a common law employment relationship exists, meaning whether the alleged joint employer has the right to control the employees’ work, and, if so, then whether the assumed joint employer possesses sufficient control over employees’ essential terms and conditions of employment to permit meaningful collective bargaining.

"While the disclosure of information by itself does not guarantee accountability, such cases show that reporting is a tool that has the power to advance accountability by increasing transparency around corporate operations."

In this case, a union sought to represent sorters, screen cleaners and housekeepers at BFI’s Newby Island recycling facilities. The employees were employed by a company called Leadpoint Business Services, and BFI and Leadpoint were parties to a temporary labor services agreement, under which Leadpoint supplied the workers. The union alleged that BFI was a joint employer because of BFI’s involvement in hiring and firing decisions, wage limitations, hours of work, training and safety requirements and the supervisory systems imposed on workers.

The impact and scope of the decision is not yet clear and while it may be confined to these particular facts, it is arguable that depending on the extent of control business entities have over their franchisees or subcontractors they may be considered to be joint employers of the workers in the supply chain and thus legally liable for their working conditions.

No hand-passing of footballs made by children