There are strong reasons to think Susan Kiefel's era as chief justice of the High Court will be “business as usual", writes Andrew Lynch. 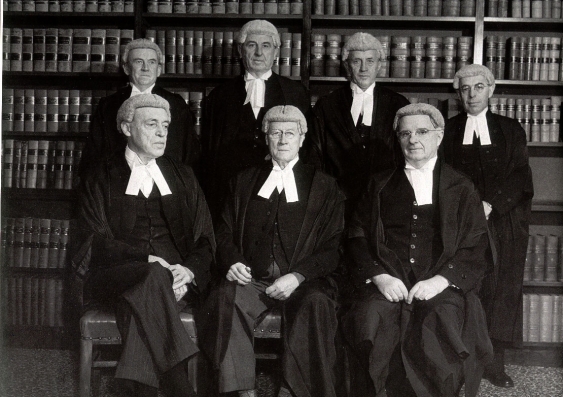 The composition of the High Court of Australia in 1952. Photo: Wikimedia

OPINION: At the end of this month, Susan Kiefel will be sworn in as Australia’s first female Chief Justice. The significance of that milestone dominated the reaction to the announcement of her appointment in November.

But there was less discussion of how the High Court as an institution might operate under its new leader. Should we expect continuity or change under Chief Justice Kiefel? There are strong reasons to think that the court’s transition from the leadership of Chief Justice Robert French to the Kiefel era will have a strong flavour of “business as usual”.

In appointing her, the Turnbull government opted for an insider as the court’s new leader. Kiefel joined the High Court 10 years ago and is its longest serving member. She is not, in other words, a new broom. By contrast, five of Kiefel’s 12 predecessors as Chief Justice, French among them, have been appointed from outside the court. The selection of an outsider for the top job does not necessarily signal a government’s desire to change the court.

But conversely, we can surmise that the elevation of a sitting member of the court to the Chief Justiceship suggests no political concerns about the way the court is functioning.

More explicit indications of how Kiefel is likely to lead the High Court are to be found in her speeches over recent years. In particular, Kiefel has strongly acknowledged the value of the justices explaining their reasons for decision in joint judgments. She has also defended those institutional practices that facilitate ­judicial deliberation and co-operation. Chief among these are conferences between the judges after a case is heard.

This has been the subject of forceful debate in Australia, with Justice Dyson Heydon, one of Kiefel’s colleagues until his retirement in 2013, bluntly voicing his view that compromise among the judges of an appellate court so as to produce joint judgments is a threat to judicial independence.

He warned that some judges would engage in “herd behaviour” when confronted by strong judicial personalities. Practising what he preached, Heydon joined with none of his colleagues in giving reasons for judgment in his final months on the court.

No fewer than three serving High Court judges, including Kiefel, responded to this criticism of ­judicial collaboration. But it was only just before Christmas that Chief Justice French, in an interview with the ABC’s Law Report and with his retirement in sight, gave his perspective on Heydon’s concerns.

He laughed off the idea that “groupthink” and judicial bullying were dangers on the High Court before saying: “I just don’t see those risks reflected in the day-to-day realities of the court.”

This accords with Kiefel’s earlier dry observation that “judges of the High Court are usually fairly strong-minded people”.

But Kiefel does not merely share in her predecessor’s view that deliberation and collaboration pose little threat to each judge’s decisional independence; she has also emphasised those practices as vital to the efficient performance of the court’s responsibilities.

In 2013, Kiefel remarked: “Generally speaking, it is not possible for appellate judges to write a comprehensive judgment in a timely way on every case they hear.”

In the following year, she was more emphatic: “In a practical sense, our system of justice could not tolerate each judge writing independently in every case. It is expected that courts will deliver judgments in a timely way.”

Of course judicial collaboration additionally has the benefit of clarity and coherence in the majority’s statement of the law and the result it requires. Kiefel has suggested that judges who agree in the outcome of a case but nevertheless write separately may be motivated by a fear of losing their distinctive juristic identity. But she has been plain in her admiration for the “virtue of judicial restraint and the need to quell that sense of self on occasions when institutional responsibility requires it”.

Ultimately, however, Kiefel shares French’s lack of dogmatism on the question of how judges should decide. She insists that a judge who disagrees with his or her colleagues has a duty to express this.

For those judges in agreement, Kiefel does not suggest they should never write separately, but merely that they should ask of themselves “for what reason am I doing so?”.

There is still the important question of how a Chief Justice ­facilitates collaboration over individualism when consensus exists.

In December, French said the “essentially collegial approach” of the current court is “not governed by rules or protocols”.

Similarly, in her description of judicial conferences and how it is decided that one judge will compose a first draft opinion that ­others may join, Kiefel has endorsed the informality of the French era. “There are no fixed rules,” she has said.

We can anticipate that Chief Justice Kiefel will essentially maintain the practices of her predecessor — supporting collegial decision-making when this is possible while still respecting the inevitable diversity of opinion that will arise on other occasions.

Andrew Lynch is a professor of law at UNSW.

This opinion piece was first posted in The Australian.