Taking music to the streets

Council regulations can be a boon rather than a barrier to vibrant city street life, according to new research. 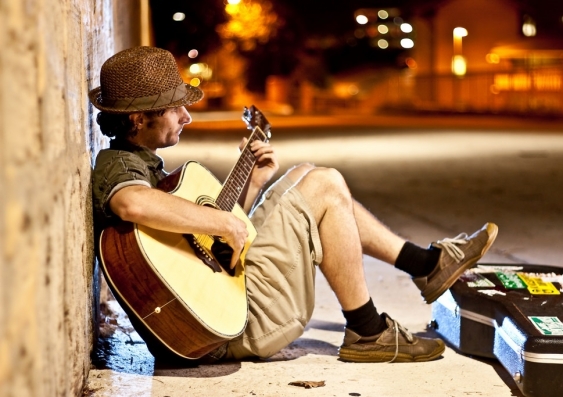 Local government often gets a bad rap for over regulating activity in public places such as busking but a new study shows city councils in Sydney and Melbourne help promote and celebrate street performers.

In the face of heavy government regulation, including the threat of arrest, UK buskers are organising an International Busking Day for later this year to counter misconceptions about street performers.

But in Sydney and Melbourne, buskers appear to have few complaints about local government regulations, according to UNSW Law’s Professor Luke McNamara, who co-authored the report on busking with Associate Professor Julia Quilter from the School of Law at the University of Wollongong.

"We thought buskers would hate all the rules and regulations that are imposed by local councils,” said Professor McNamara. “Turns out we were wrong.”

Associate Professor Quilter said a few buskers were opposed to any restrictions but most of those interviewed recognised the laws were fair.

“Some went so far as to say that they liked the rules because they gave street performers certainty and legitimacy as a user of public space," she said.

The report - Long may the buskers carry on busking: Street music and the law in Melbourne and Sydney - is the first academic study in Australia of the origins and operation of busking laws.

It draws on interviews with council officers and rangers from the City of Sydney and the City of Melbourne, and buskers in both cities. 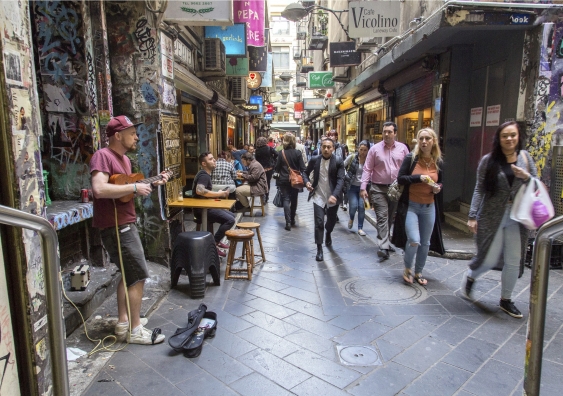 Not everyone loves a busker

Published in the Melbourne University Law Review, the report found stringent and complex regulation was substantially softened in practice by a combination of factors, including council rangers educating buskers about regulations rather than strictly enforcing them or penalising those who broke the rules.

Buskers have also helped shape the rules, with the busker-run queuing system in Sydney’s Pitt Street Mall the most striking example, the report found.

"Local council have the challenging task of accommodating the 'lovers' and the 'haters' of street performers, and the performers themselves,” said Professor McNamara. “It's not an easy job."

Sydney classical and flamenco guitarist Joseph Zarb, who has been busking at Sydney’s Martin Place and Hyde Park for the past decade, said most people appreciate his music, and he is happy with the support the council gives performers.

“I choose to cooperate with Council because generally I like what they do,” said Zarb, who has a busking licence for the city.

He says busking can take the edge off what can otherwise be a tough and unfriendly city environment.

“Your measure of success is the number of old men and children dancing to the music,” he said.

Read more and watch a video of Sydney busker Joseph Zarb in The Sydney Morning Herald.