Opinion Teach on, in a world of ‘just words’

Much that has been thought in the fields of law and policy seems to need rethinking. But what is to take its place? asks Fleur Johns. 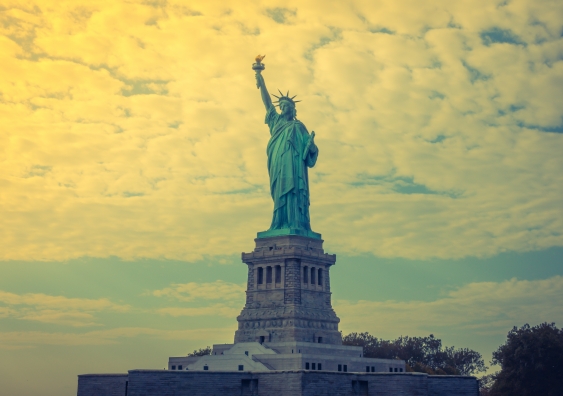 OPINION: Much has been thrown up in the air by Donald Trump’s presidential victory. Much that has been thought in law and policy fields seems to need rethinking. What is to take its place? This is a challenge for all, but particularly for those who work in universities, trying to equip the next generation for what is to come.

For more than a century, law and policy in democratic settings have been marked by two great convictions.

The first is that marshalling evidence into reasoned argument is the best way of advancing beneficial legal and policy outcomes. Evidence has been understood as data assembled through accepted professional methods: statistical, economic, scientific or forensic.

The second is that value-based discussion, negotiation and agreement can be advanced on a global scale and that it is in everyone’s interests that it be so advanced. This has underpinned, among other things, the rise of the international human rights movement and free trade.

Trump’s successful US presidential campaign has called both these convictions into question. Before that, Brexit had already done so. Developments across Asia and Europe make clear that these ruptures are not anomalous.

In Trump’s case, the first conviction simply has been dispensed with. Scientific consensus surrounding climate change has been ruled a “hoax”. Social scientific evidence of racialised disadvantage has been met with derision — African-Americans supposedly enjoy “actual advantage”. Studies attesting to the societal damage wrought by sexism: these are “just words” in the world that Trump invites us to inhabit.

In the course of this radical departure from prior norms, reasoned persuasion has been little in evidence. In its place, charismatic authority has been installed — that is, authority that proceeds from the supposedly exceptional powers of a particular individual.

Trump’s position vis-a-vis the second conviction is more complex but no less resounding. Trump promotes values of “greatness”, candour and nationalism. For liberal moderation, cosmopolitanism, human rights and technocratic expertise, Trump has shown utter contempt. And in the face of the sprawling, incoherent movement that has brought him to power, these vocabularies and the institutional voices that have championed them seem plaintive, reedy and off-key.

What’s more, Trump’s chaotic rise has confounded ways of making knowledge that have long been “best practice” in law and policy. The power of statistical sampling, for example, has been called into question by the regular inaccuracy of polling data. We are drowning in data but it seems harder to know what people are thinking.

So what to teach? To simply wheel out past statements of shared value on the global plane seems manifestly inadequate. Creative law and policy work is called for – urgently – but cannot proceed according to received wisdom.

Perhaps one thing to do is to break the bubble of the present. Fine minds have grappled with the rise of demagoguery in the past. If innovation is required, it is – in business parlance – a brownfield, not a greenfield, project.

At the same time, we might allow ourselves to be taught by this present, to maintain active curiosity towards it rather than despair. There is much, Trump teaches us, that we cannot know and can only struggle to understand.

So teach on we must, grappling with the anger and fear of some, and the emboldened tribalism and violence of others. But what seems clear, amid all this confusion, is that we cannot go on as before.

Fleur Johns is a Professor of International Law and Associate Dean (Research) at UNSW Law.