Opinion There is more to good central bank governance than independence

Trump's attacks on the Fed have raised questions about its independence, but there is more to good governance than that, writes Usman W. Chohan. 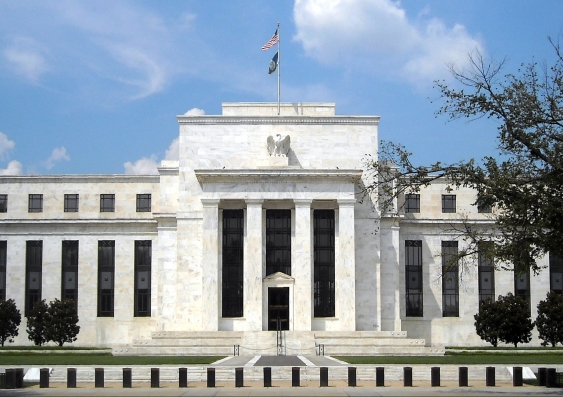 The Eccles Building in Washington, D.C., which serves as the Federal Reserve System's headquarters. Credit: AgnosticPreachersKid/wikimedia

OPINION: Throughout the Presidential campaign Donald Trump repeatedly criticised the United States Federal Reserve, accusing it of creating a “big fat ugly bubble” through its monetary decisions, among many other things. Trump’s consistent attacks have created worries for the Fed’s independence.

These worries intensified after the election, as President Trump will be in a position to make big changes at the Federal Reserve over the next few years. There are two existing vacancies on the seven-member board of governors of the Fed, and the terms of both the current Chairwoman, Janet Yellen, and Vice Chairman, Stanley Fischer, expire in 2018.

But there is more to good central bank governance than independence.

Why do we care about central bank independence?

Among orthodox economists, there is a long-standing belief that central bank independence is a sacred precept for any market economy. Independence gives the central bank some freedom from the politicianswho might otherwise print money for political reasons. Orthodox economists worry that politicians are susceptible to political moves that are deleterious to stable economic environments, and that their ideologies often have little economic grounding.

Politicians, by this logic, will compromise monetary stability just so they can trumpet to their electorate that they are “driving growth”. There are some merits to this theory, as a long history of bubbles fuelled by short-sighted politicians amply demonstrates.

However, the problem for these orthodox economists, in addition to failing to either predict, explain, or prevent global financial catastrophes, is that the exact faults they attribute to politicians also manifest in unaccountable central banks, most notably the United States Federal Reserve.

In order for the independence of central banks to work effectively, they need to be self-critical, intellectually honest, and adaptable institutions, as the banks of Canada and New Zealand have a track-record of demonstrating. The importance of a critical approach cannot be overstated. Central banking is an art, not a science, which is why humilityis also an important attitudinal factor explaining the success of some central banks as opposed to others.

There is also a cultural aspect that has fuelled the impunity of central banks – it comes from their monopolisation of prestige in economics. Take this example: the Nobel Prize in Economics is given out by the Central Bank of Sweden. Is it really so surprising that a central bank will continually bestow this prize on the guys who argue for central banks to be made all-powerful?

Central banks must be accountable

A point that was advanced by both Donald Trump and Bernie Sanders is that there must be some form of accountability for so large an institution, which has such a disproportionate impact on the well-being of people all over the world. If the Federal Reserve were like any central bank whose sphere of influence was relegated largely to domesticmonetary authority, then a robust and independent Central bank would not just be desirable but crucial to prevent capture by the short-termism of politicians. However, the US central bank is the printer of the world’s reserve currency and so writes the economic destiny of much of the planet.

Given the global impact of the Fed, there must be some form of mechanism by which it is made answerable for its choices. In a time of “rabid populism,” the idea that a small group of unelected people virtually dictate the price of money (which is basically what interest rates are), is not just abhorrent but downright anathema, and that is what Trump has capitalized on (pun intended).

Lessons for other central banks

There are two other central banks that have a disproportional global impact – the European Central Bank [ECB] and the People’s Bank of China [PBOC]. They too have to cater to their domestic economic needs,but find themselves exerting enormous influence over the global economy. And like the Fed, they are also not subject to a consistent oversight mechanism.

Although the PBOC does not face substantial domestic criticism, it continually draws the ire of its international trading partners for its domestic monetary policies. Meanwhile, the ECB is now the equivalent of an economic piñata that is berated by many EU members, for a variety of reasons. The ECB has a very difficult mandate in that it must try to strike a balance between the stable Euro-countries and those that are crisis-afflicted. Its democratic accountability has also been repeatedly called into question.

So what is next for the Fed? As with many Trump “promises,” there seems to be some dithering on whether Trump would actually go after the Fed. However, if pursued, Trump’s impact on the Federal Reserve could be huge. The impact on global equity and bond markets, on the value of the US Dollar, on the money supply, and on ordinary American lives, would be tremendous.

However, the fact remains that independence alone doesn’t ensure good policymaking. And as populist fervour takes hold, a more accountable mechanism for overseeing monetary authority might be necessary.