Opinion They want us to worry about debt and the deficit: the real crisis is disclosure

Debt and deficit will continue until the worst of all the disasters is attended to: the disclosure disaster, writes Jeffrey Knapp. 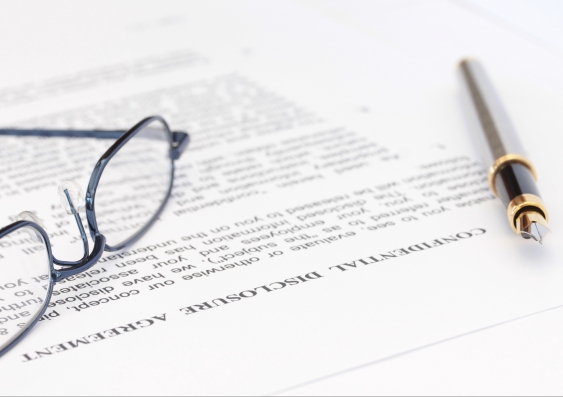 OPINION: In the week after Easter, the Senate inquiry into corporate tax avoidance took evidence from a selected number of multinationals, including Google, Microsoft, Apple, Glencore, Adani and News Corp.

The Senate inquiry didn’t pull these company names out of a hat. Rather, the companies have a reputation for engaging in aggressive corporate tax minimisation strategies. At the inquiry these companies were asked to explain the complex (legal) accounting and corporate structures they have used to minimise the tax they pay in Australia.

News Corp’s use of such strategies came to my attention after the Australian Taxation Office took issue with related party transactions that created billions of dollars of foreign currency losses in Australia with offsetting foreign currency gains in Bermuda. The ATO challenged the legitimacy of the deductions for these losses but was defeated in a final court case in July 2013. News Australia Holdings emerged with a tax refund of A$623.8 million together with interest of A$215 million.

In light of this case, I decided to calculate how much income tax the News Australia group has paid in the past decade. I obtained the annual financial reports of News Australia Holdings Pty Ltd for all years since its incorporation covering the ten year period 30 June 2005 to 30 June 2014.

This publicly available information from our corporate regulator, ASIC, set me back $380. In Australia, checking the corporate accounting disclosures of billion dollar multinationals is a very costly exercise. So costly in fact that it feels like the government prefers the financial affairs of these companies not be publicly known.

According to my calculations, the net cash outflow of News Australia Holdings for corporate tax over 10 years amounted to $326.4 million or just 4.7% of operating cash flows before tax. On Easter Monday, my calculations appeared in Fairfax Media print and online publications.

Last week, Julian Clarke, the CEO of News Australia sat at the table of the Sydney Senate inquiry hearing and described my calculations as “absolute nonsense”, “hopelessly wrong” and “does not make any sense”. I was publicly discredited before senators and afforded no right of reply - but that’s politics. Given the choice of being transparent and chastened about its previous tax avoidance activities or discrediting an academic critic, News Australia can be expected to pursue the latter course of action.

In the moment of my discrediting at the senate hearing, it occurred to me that I shouldn’t have to be a lone voice on the corporate tax paid by News Australia. If the information was genuinely available in the public domain, then anyone - including a senator - could do the sums and a public consensus view would inevitably arise. At the same time of this revelation, I felt indirectly confronted by the effects of two persistent public messages about tax and responsibility.

The first is the “debt deficit disaster” slogan - a mantra that has been repeated in parliament for the last 12 months. This slogan has been the predominant political discourse intended to train individual taxpayers into accepting paying more tax or receiving fewer benefits in future.

The central tenant of the “debt deficit, disaster” slogan is that mugs with wages and salaries but without access to Bermudan wealth transfers have to pay more for doctor visits, education, petrol or something else and expect less when they retire.

There has been a somewhat different echo coming from our Federal Parliament for businesses and corporations: “cut red tape”. This slogan suggests that regulations stymie business activity, regulations are an unnecessary impost on companies, or regulations are for fools and don’t really matter.

The red tape slogan conveys the message that regulations are bad, therefore it is reasonable for businesses to avoid corporate tax, avoid public transparency and accountability, and avoid disclosures wherever possible. If it can somehow be construed as legal to avoid the regulations, then avoid them. The central tenant of that slogan for business and companies is that corporate taxpayers can do less and take more. Only a corporate mug would not participate in this avoidance game.

The red tape slogan encourages loopholing, legal form over economic substance, and paying off an industry of avoidance advisers so as to get ahead in corporate tax and accounting affairs. Unsurprisingly, the debt disaster slogan has failed to gain traction with the general public because the red tape slogan is its corollary. Most individuals I know have no problem helping out mates when times are tough but companies actively avoiding the country’s tax and accounting requirements are not mates.

So in that moment in the Senate inquiry, I realised that the real problem is not the debt deficit disaster: it is disclosure. Individual wage and salary earners should not have to pay more or receive less until there is better disclosure of multinational financial and tax affairs.

How is it possible that parliamentarians have little idea about how much corporate tax multinationals are paying and need to call an inquiry to find out? It is beyond ridiculous. These same multinationals have spent the past decade paying advisers to help them to avoid corporate tax and avoid accounting standards. The requirements for related party disclosures and other tax relevant disclosures are treated with contempt, for example, paragraph 13 of AASB 1054 Additional Australian Disclosures is routinely ignored.

This is not rocket science. Everyone knows that sunlight is the best disinfectant. It is surely time to shine the light on the financial and tax-related information of multinationals. These companies should be required to prepare general purpose financial statements every year that include details of all subsidiaries, full disclosures of related party transactions and balances, as well as a breakdown of the corporate taxes paid in Australia and other jurisdictions.

These general purpose financial statements should be freely available for public scrutiny rather than priced out of circulation through exorbitant government fees and charges.

In my opinion, the debt and deficit will continue until the worst of all the disasters is first attended to: the disclosure disaster.

Jeffrey Knapp is an Accounting Lecturer at the UNSW Business School.

Explainer: what exactly must companies disclose to investors?

The ugly story of Dick Smith, from float to failure