Opinion Those gasbag retailers have tanked your wallets this year

As the year comes to an end it’s timely to reflect on how we might have been ripped off during 2012 and what can be done about it next year, writes Frank Zumbo. 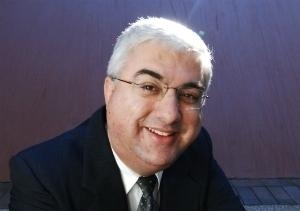 At one location you could pay a higher price than another location. That’s the old geographic price discrimination trick. There’s no rational reason why the same petrol has a higher price in one suburb as opposed to the adjoining suburb or even across the road.

The poor motorist is kept in the dark as searching for cheaper petrol is prohibitive or simply inefficient in the absence of motorists having access to real time pricing information from all petrol retailers.

And don’t get too excited by Woolworths making its petrol pricing information available to Everyday Rewards members.

Not everyone is an Everyday Reward member because some of us don’t want to give away our privacy.

Would you want your neighbour to know what you buy at the supermarket? Of course not, so why would we let Coles and Woolworths know what we buy from them?

Do we really want more junk emails “tailored” to our so-called buying habits? What do you think?

At least Woolworths has made the effort to provide their own petrol prices to its Everyday Rewards members.

What’s Coles going to do? What are other major petrol retailers going to do? Will they give motorists access to real time petrol information? Don’t hold your breath as they might just like keeping motorists in the dark.

Petrol retailers are happy to get pricing information about their competitors’ prices through a company called Informed Sources, but they don’t really want motorists to get that same information in real time.

What’s the ACCC doing about the information sharing going on between the petrol retailers? You guessed it. The ACCC is “investigating.”

As we wait for the ACCC to tell us the outcome of their “investigation” the rip off continues.

Now, interestingly, the so-called ACCC Petrol Commissioner again tells us in his latest report into petrol prices that there‘s no problem with Australian petrol prices as we are just `victims’ of `international factors.’

That’s great isn’t it? Taxpayers pay lots of money to the ACCC and all we get is a report that says that there’s nothing wrong with petrol prices.

Well, well. If there’s nothing wrong with petrol prices, then why do we need an ACCC Petrol Commissioner?

Obviously it’s time to abolish the ACCC Petrol Commissioner as, according to his latest report, there’s no problem with petrol prices.

That would save taxpayer money and we wouldn’t then get ripped off by a Federal Government with an insatiable appetite for imposing new taxes to raise money.

We won’t even mention the carbon tax, sorry, carbon price.

Then of course we have the car parking rip off. Whether it’s your local council or shopping centre, car parking fees are set at “what the market can bear”.

We are told by the economists and free market fundamentalists that it’s just market forces at play. It’s so convenient to use the “market” as a cover for gouging consumers.

The harsh reality is that the rip off is allowed to happen because of a market failure.

Do you always know how much it’s going to cost you before you enter a car park? Are you excited with big signs inviting you to use the car park with very low fees for the first half hour? What about the next half hour and the hour after that? And what about the so-called 2 hours free parking?

With the festive season upon us it may take 2 hours to just get out of a shopping centre.

Why doesn’t the State or Territory Government require all car parking stations to publish their prices online or at least place a big sign at the front entrance setting out a single average hourly rate for that parking station based on its total daily fee divided by 8 hours.

That would be a simple point of comparison.

Would car parking stations do that voluntarily? What do you think?

The trick with getting away with a rip off is to keep the consumer in the dark. A lack of transparency is a common market failure and could be easily fixed if Governments provided the necessary leadership.

And how can we forget the major banks? The Reserve Bank keeps reducing the official rate and the major banks keep defying gravity by not reducing interest rates on loans as much as they should.

Predictably, we get the usual self interested apologists for the major banks saying that the banks are doing the `right thing’ by not reducing interest rates on loans as much as they should.

I suppose that putting Dracula in charge of the blood bank is the right thing to do for Dracula, especially given that he’s such an expert at handling blood.

But is it the “right thing” to do for the rest of us who may need to borrow blood sometime? What if Dracula then wanted to charge us inflated prices to `borrow’ from `his’ blood bank?

Maybe we should ask those who don’t have shares in the major banks?

Maybe we need the Federal Government to impose a super profit tax on the major banks to create a fund of affordable finance for first home buyers and small businesses.

We could call it the Affordable Finance Fund. Isn’t that a great idea?

One can only imagine the excitement among all those highly paid banking executives if they were given such a golden opportunity to help first home buyers and small businesses access affordable finance.

Wouldn’t they feel great that it was their taxes that were helping first home buyers buy an affordable house and small businesses to establish themselves?

Don’t we all want to know that our taxes are going to a good cause?

Then again maybe the Federal Government should be cutting taxes rather than imposing new ones. They could cut spending for starters. Then they wouldn’t have to tax us or borrow as much.

Now that would go a long way to reducing the tax rip off and giving us all extra money to spend during the festive season to help boost the economy.

Frank Zumbo is an Associate Professor in the School of Taxation and Business Law, UNSW.

Federal mediator too far away from ACT action