As the SEC investigates social media posts for GameStop manipulation, UNSW Business School's Mark Humphery-Jenner says it is important to remember that market manipulation is illegal. 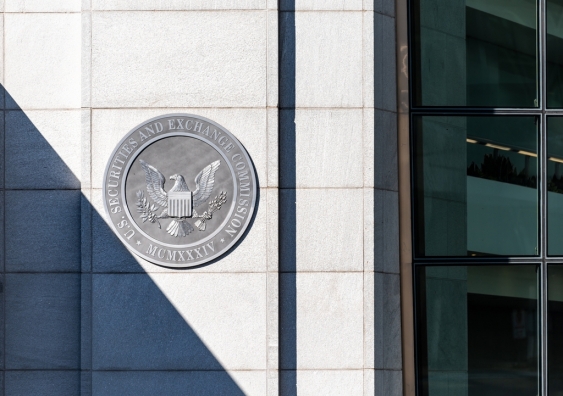 The US Securities and Exchange Commission investigating social media posts for evidence of market manipulation, but what type of manipulation are they looking for exactly? Photo: Shutterstock

Famed GameStop investor 'Roaring Kitty' was recently hit with a securities-fraud lawsuit for his role in GameStop's surge. The litigation alleges (amongst other things) that he manipulated the stock price and that he misrepresented himself as an amateur investor when in reality he was a licensed broker.

The meteoric rise of stocks such as GameStop has raised awareness of financial markets, with the likes of late-night hosts talk about people trading to “spank the Wall Street big boys”, presumably by forcing stock prices to move in a specific way. But, this risks encouraging behaviour that is straight illegal through market manipulation.

Now, the SEC is investigating social media posts for evidence of market manipulation. By what type of manipulation are they looking for? What conduct is [il]legal? Are traders allowed to play with stock as if it is a football?

Let us take GameStop’s stratospheric rise in January 2021 as an example. Its shares increased in price by over 1500 per cent. This was not coupled with any change in the firm’s prospects that would warrant such growth. But, it was coupled with a flurry of message board activity. Some of the activity is innocuous. Some of it is not and risks violating rules against market manipulation or prohibitions on false and misleading conduct. Some claim they trade just to get Wall Street, but in so doing, they are tacitly acknowledging illicit behaviour.

In the case of GameStop’s meteoric rise, some traders have brazenly asserted that they do not care about such matters. One, for example, poetically states that “I hate billionaires so imma do it anyway.” This willful ignorance of the law is problematic. So, let us look at what market manipulation is and why it is proscribed.

1. What are manipulative – and illegal – trades?

Manipulative trading involves trading in a company’s shares just to create an artificial price or to create the appearance of volume. Buying shares just to move prices is illegal. Shorting shares to move prices is illegal. This is the case in myriad countries, for example under Section 9(a)(2) of the US Securities Exchange Act of 1934 and Section 1041A of the Australian Corporations Act 2001.

Illegal market manipulation can include many actions. This includes buying shares in order to force up prices in order to trigger a “short squeeze” whereby short-sellers must exit their position due to the market moving against them. This includes buying shares just to target other traders. It can also include pump and dump schemes whereby shares are spruiked to lay investors, often with vapid and false information, thereby pumping prices, whereupon people might sell the shares after they increase.

An archetypal example is a self-interested CEO in a thinly traded company. Say the CEO’s bonus is tied to stock prices. The CEO then buys a large amount of stock, forcing up prices. This manipulative trade would prima facie be illegal. It is no different if the motive is to attack wall street or hedge funds.

This type of behaviour is difficult to prove. Sifting genuine trades from manipulative ones can be difficult. This is especially the case when there is a collection of small trades, rather than one big one, and where the stock is liquid enough that no one trade moves prices.

Detection would require finding that people both exerted market impact either themselves or in concert with other people. Further, people who genuinely believe in a stock’s value (or lack thereof), are trading for gambling, or are just momentum trading, would not be trading illegally. Additionally, an individual who just adds one more small trade, which itself does not move prices, would be unlikely to manipulate markets, unless they act in concert with other people.

2. What are manipulative – and illegal – statements?

Regulators must prove several matters if they allege a person has made such false or misleading statements. This includes proving that the statement was false and that they knew it was false (or, where relevant to the jurisdiction, were wilfully blind or reckless as to its truth). Regulators – or litigants – must also prove that the statement caused the relevant price change or trading. This is generally easy – and assumed to be the case – if the statement is from a credible person. But, it would be more difficult with social media posts.

In the GameStop scenario: this type of manipulation could arise if a person makes a false statement about GameStop’s fundamentals.

3. Why is market manipulation illegal?

Fairness to the victim: It is inherently unfair to the person who is manipulated. This is the case whether it is a hedge fund or not. That hedge fund is still funded by people’s hard-earned money. An “eat the rich” mentality is fallacious at best. While people might feel morally justified, they are no more justified than people storming the US Capitol. Both acts are illegal regardless of what one convinces oneself is “right”.

It is even more egregious when the victim is a retail investor, as is often the case. If “ramping” behaviour forces up prices, then retail investors who get caught up in the excitement ultimately lose when prices crater towards reality. The “eat the rich” crowd appear to treat such victims as mere collateral damage.

Confidence in markets: An efficient market in which people have confidence that they will not be deceived is essential for market participation. This is a corollary of the first point. People will shy away from financial markets if they believe that they will be defrauded. This is the case even when the people doing the fraud are 'wannabe freedom fighters'. Ultimately, the reduction in participation will make it more difficult for people to use the market as a store of value, or for corporations to use the market to raise capital.

Capital allocation reasons: Correct prices are essential for capital allocation. If prices are incorrect, then overpriced firms will see it attractive to issues shares at their overpriced level. But, underpriced firms will simply shy away from markets. Thus, even if two such firms have the same intrinsic value, one will be bought out of the market, and the other will raise capital at a price that is too high. The investors in the first company stand to lose when it emerges that the firm’s prospects are not as good as were hyped. But, ultimately everyone loses because capital is not correctly allocated, thereby stymying aggregate corporate growth.

Implications for other assets: Correct prices have follow-on implications. Share prices ultimately impact prices of other derivatives, such as options (i.e., puts and calls). These derivatives, and their characteristics, are often used in other fundamental matters such as bankruptcy prediction, following the seminal works of Nobel Laureate Robert Merton. But, should prices be incorrect, the other implications are incorrect. This impacts the broader economy as it then impacts lending. In turn, this impacts aggregate economic growth.

What should be done?

It is clear that many people do not understand trading rules. Some are willfully ignorant. Some simply are not aware. The only solution is to enhance financial education. This can include high school education or compulsory university education from qualified financial experts.

Brokers must also play a role in stamping out manipulation. This can involve halting trading when suspicious trading activity is detected. This could be market-wide or individual-specific if it is clear that the individual is trading in the aforementioned proscribed ways. But, it must also involve requiring traders to at least do a short course on market manipulation, thereby forcing traders to acknowledge, recognise, and agree to abide by market rules.

Explainer: what exactly must companies disclose to investors?