New research by UNSW Professor of Finance Peter Swan refutes the benefits of a proposed cut to corporate tax. 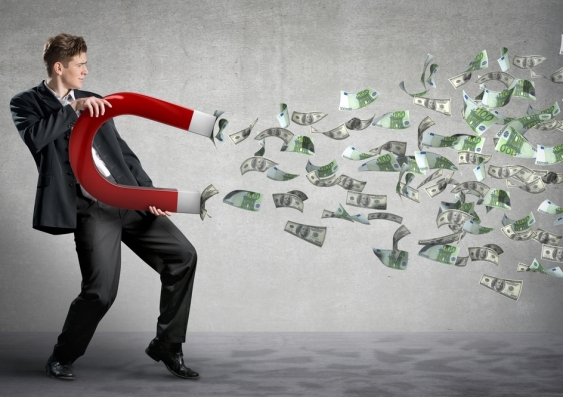 Supporters of a cut in the Australian corporate tax rate argue it will increase investment, which in turn will stimulate the economy and create jobs and higher wages.

But Peter Swan, a professor of finance at UNSW Business School, questions this assumption, based on his latest research on the taxation of corporate profits and the effects of changing the headline rate.

Swan's paper, Investment, the Corporate Tax Rate, and the Pricing of Franking Credits, comes as the Coalition government makes its case to the Senate cross-benchers to pass its tax bill, which would progressively reduce the corporate tax rate for large businesses to 25% from the present 30%.

Proponents of the corporate tax cut argue it will make Australia a more attractive place for foreign investors and the extra capital coming in from offshore will raise real wages and increase economic growth.

However, Swan says this view presupposes that foreign marginal investors pay the headline tax rate and thus are unable to time their trades with Australians to gain full value from recycling franking credits.

Marginal investors are defined as those who are most likely to either withdraw or increase their investment if returns change and consequently are the investors who 'set' the price of an investment in a market.

Thus, the pro-tax cut argument goes, if foreign investors pay less tax on the returns from their Australian assets, they will invest more. But Swan's research implies that, even before the tax cuts, they are not paying tax.

Hence, cutting the tax rate will not influence investment. Moreover, Australia is fortunate in that it has already accomplished an efficient and desirable level of investment.

Even the research of the strongest advocates for tax cuts shows that the Budget bottom line will worsen by almost $5 billion each year, and once this gap is filled by “bracket creep” – that is, not indexing taxes for inflation – the rise in after-tax wage will be negligible (0.25%) and employment will fall.

These tax cuts are unlikely to add significantly to investment since investment is already at its maximal (and efficient) level.

Swan's argument hinges on his research about imputation credits and whether foreigners receive the benefit of these credits which are supposed to be reserved for Australians.

Under Australia's system of dividend imputation, individual Australian taxpayers receive a credit for the corporate tax a company has already paid.

So, if a company earns $1 and then pays 30c tax at the corporate rate of 30% and pays the remaining 70c to a shareholder as a dividend, the shareholder receives a tax credit for the 30c tax already paid, the same as if they had paid it themselves.

The result is the amount of tax the individual has to pay on their dividend is reduced and in some circumstances they may pay no tax or even receive a refund.

According to Swan, it is both the marginal Australian investor and the marginal foreign investor, with neither paying corporate tax, who are the beneficiaries of Australia's franking credit system.

Moreover, this is an ideal outcome for Australia as it gains the largest and most efficient corporate sector undistorted by taxes. There are no tens of billions of dollar notes left lying on the table due to inefficient taxing of foreign capital.

This means that all Australians are better off as things are, with no cuts to the corporate tax rate and no watering down of the system of imputation.

“The government has estimated that it will collect $65 billion less in revenue as a result of tax cuts over the next 10 years. These tax cuts are unlikely to add significantly to investment since investment is already at its maximal (and efficient) level. How then are we going to suddenly become richer? It just doesn't make any sense,” Swan says.

"It will cost every man, woman and child approximately $2500. Where is the case to show that higher investment, even in the unlikely event that it were to eventuate, would yield a gain of this magnitude, even in the longer term?”

Swan says the government would have to increase its taxation of locals, or cut expenditure by this amount, to make up for the lost revenue. Even the most optimistic modelling by proponents of the tax cuts indicates negligible benefit for workers, and lower employment.

This is an edited version of an article originally published on BusinssThink. See the full article here.

Is the Diverted Profits Tax working, ahead of federal budget 2019?