Opinion The ugly story of Dick Smith, from float to failure

There is a lot for senators to pore over in the float and failure of Dick Smith, writes Jeffrey Knapp. 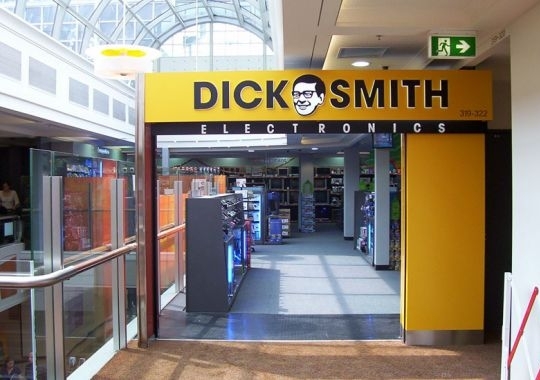 OPINION: Early last month, the Senate announced an inquiry with terms of reference that cover the collapse of Dick Smith Electronics.

There is a lot for senators to pore over in the float and failure of Dick Smith.

In economic theory, the failure of this Australian retailer is consistent with a dynamic economy. Businesses that do not utilise economic resources as efficiently as competitors fall by the wayside. Unfortunately, the failure is also associated with a series of ugly looking events that are inconsistent with an efficient market.

The Senate now has a good opportunity to consider issues that make Australia seem like a nasty place to invest in shares including:

On 26 November 2012, Anchorage Capital purchased the Dick Smith business from Woolworths for A$115 million. On 4 December 2013, Dick Smith was floated with market capitalisation of A$520 million. The float has since been described as the greatest private equity heist of all timewhile the chain’s founder, Dick Smith, who has not been involved in the business since 1982, reportedly described it as “utter greed and seemingly unethical”.

Divergent financial information surrounds Woolworth’s sale of the Dick Smith business to Anchorage. Firstly, the parties do not agree on the book value of Dick Smith inventory at the time of the sale transaction. Secondly, the parties seem to have irreconcilable accounting for the transaction. Woolworths claims it made a small gain after a series of devaluations and provisions. Anchorage claims it made a gain of A$146 million because it bought a business at a significant discount to the fair value of net assets.

Subsequent financial information concerning inventory appears to have been untimely. On 30 November 2015, Dick Smith surprised the market by announcing it required an inventory write-down of $60 million - even though the three months before, the company’s financial statements for 28 June 2015 were audited with no adverse findings. Inventory management is the life blood of a retailing business and would be seen as a key risk area for the auditors. Therefore, the inventory problem either happened over a short period or it has developed over a longer period and was missed by the auditors.

On 5 January 2016, Dick Smith announced that receivers and administrators had been appointed. Customers who purchased Dick Smith gift cards for Christmas 2015 were told these would not be honoured. The secured creditors (banks) of Dick Smith determined the timing of the receivership and they rank before other creditors. Their choice of shortly after Christmas is highly regrettable. It looks bad when the cash spent by shoppers buying Christmas gifts in good faith ends up with banks who allowed normal Christmas trading to occur.

In receivership, secured creditors decide whether offers for selling a business are acceptable. Only the banks and receivers have the information about offers. The economic incentive of banks in a company failure is to maximise their payoff and this can come at a cost to other stakeholders.

If a loan goes into default, banks may increase returns by running the meter on penalty interest. Hypothetically, an unacceptable offer for a business could work out like this:

Banks may favour an uneconomic outcome for a company because it is the best outcome for them. Secured creditors can take it out of the hides of other creditors through delay, inside information, and obfuscation. This also suits receivers because their by-the-hour fees increase with time. More day-to-day communications and activities – for example, reading emails and news stories like this one – mean more fees.

The receiver has extended time to submit a report as to affairs with ASIC. The banks know what is going on but what information do other creditors and shareholders have? Unfortunately, Australian insolvency firms rarely produce financial statements that help stakeholders understand what has happened to a company since it last reported as a going concern.

Good luck if you expect to see an income statement or balance sheet for Dick Smith anytime soon.

Administrators and directors: You’ve got a friend in me

Directors select and appoint administrators to represent the interests of all creditors. A key consideration in the appointment is the likelihood of administrators being favourably disposed to the view that directors ought not be pursued over the company failure. Who in their right mind would appoint an insolvency firm with a reputation for taking a hard line against directors in reports to creditors or with the corporate regulator? This is a hopeless conflict of interest in Australia’s insolvency regime.

The administrators of Dick Smith were reported to be carrying out advice work for the company just prior to appointment.

This might be usual practice but also looks bad. It fuels a concern that insolvency professionals already owe directors a favour once the administration begins. An alternative perception is that insolvency professionals have gone in before the administration begins to help clean house so directors can avoid any personal liability.

Six weeks later employees were given notice they would lose their jobs - with next to nothing in the way of financial information to understand why. That is not the way a “significant group of creditors” should be treated.

The administrators also noted they could not say much because it was too early and they were constrained from prejudicing their future work. Apparently, not a single question was asked of the administrators which means, it was more of a broadcast than a meeting. This begs the question, what is the point of assembling creditors in a room to feed them scraps of information?

Administrators, like receivers, are unlikely to be in a hurry when the clock is ticking on fees for services. During the process, there is such little opportunity to hold receivers and administrators to account for what they do. The normal corporate governance mechanisms of audited financial statements, continuous disclosure and shareholder meetings are dispensed with. Darkness and confusion descends for stakeholders other than the most powerful creditors.

Australia is an ugly place to invest if there is asymmetric information, conflicts of interest and weak corporate regulation.

In economic theory, the availability of free timely financial information is a key facet of an efficient market. Why such transparency does not exist in Australia is a matter that deserves much more attention from our parliamentarians.

Jeffrey Knapp is a lecturer in Accounting at the UNSW Business School.

The stupidest excuse for non-disclosure ever

They want us to worry about debt and the deficit: the real crisis is disclosure