The Uluru statement is a landmark moment in the reshaping of our system of government to reflect the aspirations of Australia's first peoples, writes George Williams. 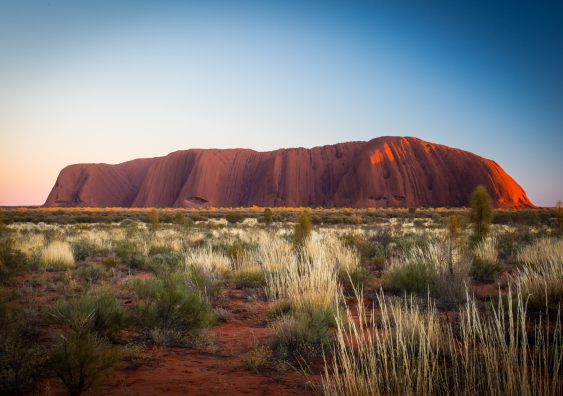 OPINION: The Uluru statement is a landmark moment in the reshaping of our system of government to reflect the aspirations of Australia's first peoples. It is the first time in over a decade of discussion about constitutional recognition that Aboriginal and Torres Strait Islander peoples have had the opportunity to speak with one voice. Their claims have come late in the debate, but must be accorded great weight and respect.

The delegates at Uluru have shocked many people in setting out a different set of priorities to those that had dominated the debate. The delegates want the constitution changed to create a new body of Indigenous people to advise the Federal Parliament. They see this as a means of ensuring their voice is heard in the making of laws.

They also call for the creation of a Makarrata Commission to oversee the making of treaties between governments and first nations. It would act as a truth and reconciliation commission at which Aboriginal people could tell their stories.

Two earlier processes, a year-long expert panel that consulted Aboriginal and non-Aboriginal Australians and a lengthy cross-party parliamentary inquiry, came up with a different set of proposals. These found that the constitution should be changed to include words of acknowledgement of Aboriginal people and to remove provisions that permit people to be discriminated against on the basis of their race.

The delegates at Uluru have shocked many people in setting out a different set of priorities to those that had dominated the debate.

It falls now to the Referendum Council, an apolitical body that advises the Prime Minister and Leader of the Opposition, to reconcile these processes with the Uluru statement. The council must settle on a model for reform that is legally sound and capable of winning broad support across the nation.

I am doubtful that an Indigenous advisory body by itself can win over the hearts and minds of the millions of people who must vote Yes. Some Australians will be sceptical about the idea, and others will wonder whether it needs to be put in the constitution given that the body can be created by Parliament without the need for a referendum.

The treaty proposal is a different proposition. It again does not require constitutional change, and is already being pursued by states and territories. Australia's first treaty, between the WA government and the Noongar people, has been reached, and other processes are under way in Victoria and South Australia, and may soon begin in the Northern Territory. It may be better to leave these to run, rather than pushing for a national treaty body that will attract strong opposition from coalition MPs.

The Referendum Council may decide on a package that includes an Indigenous advisory body and new words in the Constitution that acknowledge the history and culture of our first Australians. Aboriginal people do not see such words as a priority, and indeed many have concerns with the idea. However, this form of recognition is of central importance to others, and has been promoted by former prime ministers John Howard and Tony Abbott. Leaving out symbolic acknowledgement may alienate many people who would otherwise support the referendum.

It is also not possible to ignore provisions in the constitution that permit racial discrimination. These clauses recognise that the states can deny people the vote on the basis of race, and grant the Federal Parliament a power to make laws that discriminate against racial groups. It is hard to see a campaign to change the constitution succeeding with a narrative that Aboriginal people will have a voice in the making of laws that may still treat them as second-class citizens. This would continue a foundation of inequality that many people are motivated to change.

There is also a pragmatic reason why Indigenous people should embrace reform of the races power. The Commonwealth has a long record of passing laws that Aboriginal people say run counter to their interests. It legislated to permit the building of the Hindmarsh Island Bridge in South Australia, thereby denying the Ngarrindjeri women the right to seek protection of a sacred site. It has also watered down native title rights and overwritten other Aboriginal rights through the Northern Territory intervention and prevented courts in that territory from using Aboriginal customary law.

Any treaties that Aboriginal people enter into with state and territory governments are vulnerable to being disrupted by the Federal Parliament using the races power. Australia's current constitutional arrangements do not provide a secure basis upon which to negotiate and enter into such agreements.

The Uluru statement is an important and long overdue expression of what Aboriginal people want from constitutional reform. It presents a welcome, but very different perspective to earlier processes. The formidable challenge now is to work from this statement to reach a set of changes to the constitution that can win support from the community-at-large and across the political divide.

Professor George Williams is Dean of Law at UNSW Sydney.