The Refugee Advice and Casework Service has supported more than 100 unaccompanied children who arrived in Australia seeking protection. 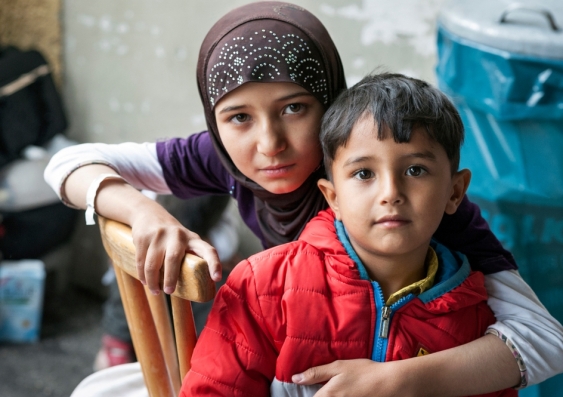 Sarah Dale, Principal Solicitor at the Refugee Advice and Casework Service (RACS), is calling for an Independent Guardian to be assigned to unaccompanied children seeking protection in Australia. Ms Dale is making the call at the Children, Migration and Right to Health Conference today.

“The majority of these vulnerable children have suffered greatly and experienced unimaginable trauma. They land in a foreign country, not speaking the language, away from their family members, and there is no one to independently manage important decisions surrounding their safety, health, wellbeing and application for protection. They are completely alone and Australia is failing children seeking asylum by not providing this support,” Ms Dale says.

“Having the role of an Independent Guardian would pave the way for a key decision maker to consider the best interests not only for unaccompanied children, but for all children seeking asylum in Australia.”

UNSW Law is a major supporter of RACS, which works to help people seeking asylum in Australia present their cases to Australian decision makers.

RACS has supported more than 100 unaccompanied children who arrived in Australia seeking protection, through a dedicated program.

An impartial voice for asylum seekers

Currently, unaccompanied children seeking asylum in Australia are appointed the Minister for Immigration as their guardian, creating a conflict of interest and leaving them without a voice who can advocate for their best interests, RACS says.

It was announced in February this year that children are no longer kept in immigration detention, but the recent cases of Biloela sisters Kopika and Tharunicaa, and baby Isabella – who has spent the first 15 months of her life in detention – have highlighted this isn’t the case.

Numerous reports have emphasised the negative impact of detaining children, including the recent Human Rights Commission report which stated “closed immigration detention generally should not be used for people who are vulnerable, and should never be used for children.” Detention certainly isn’t in the best interests of the child, RACS says.

In the case of children facing indefinite detention, the Minister for Immigration faces a choice between making the right decision for the wellbeing of the child and making a decision which aligns with current government policy, Ms Dale says.

And whilst the boats are no longer allowed to come, the impact on unaccompanied children who arrived by boat is still felt today.

Two weeks ago, media reports circulated that a young man, who fled Afghanistan as an unaccompanied child, had died in a Melbourne Detention Centre, six years after arriving in Australia.

Questions are now being asked about what support he received as that child who arrived in Australia, and what impact this had on his young life.

The refugee who dodged a bullet

Ms Dale is joined at today's conference by Zaki Haidari, a former RACS client who also fled Afghanistan as an unaccompanied child, and who narrowly missed being sent to Nauru or Manus.

“I now realise I dodged one of the biggest bullets of my life. Nauru and Manus Island were at full capacity so I was sent to a detention centre in Tasmania and then allowed to live in the community in Sydney,” he said.

While children and their families have been evacuated from Nauru, a number of young people remain who have aged out. Forcibly taken there as unaccompanied children they had no one to advocate for their well-being and safety, Ms Dale says. She is one of a small group of advocates who supported these boys.

“These children have been left to suffer on Nauru for so long that they are now defined as adults,” she says.

“For those who have not made it to the US, there is no end to this nightmare in sight. These boys will not get the opportunity to salvage their childhoods; no chance to recover or rebuild what has been lost.”

Mr Haidari has made the most of every opportunity since being in Australia, despite only being provided temporary protection. He worked hard at his English, was awarded International Student of the Year in 2015 and is studying Business and Marketing at university. In a similar time period, the now young men on Nauru have been unable to move forward with their lives, stuck in indefinite limbo.

“Australia is responsible under international human rights law for the treatment of people seeking asylum. From the moment they arrive, they are Australia’s international legal responsibility and their human rights should be respected. This is even more so, for children,” Ms Dale says.

“For those we forcibly transferred to Nauru, or indefinitely detained, this couldn’t be further from the case. We must provide an Independent Guardian to advocate for the wellbeing of children seeking asylum and we must enable those on Nauru and in Australia, who have been let down by the system, to have the opportunity to rebuild their young lives in safety.”