Unemployment steady at 5.1% – but how many full time?

Australia's trend unemployment rate remained steady in April 2019 at 5.1%, according to the latest information released by the Australian Bureau of Statistics (ABS). 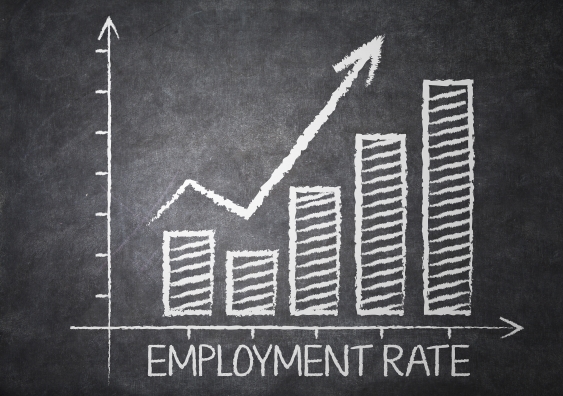 “Although aggregate employment growth looks OK, it is not strong at the moment. Indeed, with such a static chart, it’s important to look at economic bellwether sectors such as retail, construction and manufacturing,” says Associate Professor Glenn Otto from UNSW Business School.

Trend monthly employment increased by around 21,000 persons in April, with the majority of the increase (15,000) coming from full-time jobs.

“The most cyclically sensitive sectors in net terms are shedding jobs. In total, these areas have shed around 140,000 workers in the past 12 months,” he notes.

The main contributions to growth in employment in the past year have come from the public sector and professional and technical occupations. These sectors are less sensitive to current economic conditions.

Associate Professor Glenn Otto says “It’s really curious. Not only has the unemployment not moved lower, underemployment remains elevated and monthly trend employment generation has slowed over time. It’s clear that although the figure of 5% looks benign, more people are working less than they would like to.”

He says the unemployment rate appears to have stabilised around 5%. This likely reflects the slowdown in the growth rate of real GDP to around 2.5%. It seems this rate of growth is insufficient to push unemployment below 5% and doing so may require GDP growth over 3%.

Unemployment and wages data (released yesterday – showing 0.5% growth for the quarter, or 2.3% year on year) are crucial in framing the central bank and market's views about future interest rate cuts. The Reserve Bank of Australia Governor Philip Lowe has made it clear a further improvement in the labour market is needed to get the economy growing at its full potential.

“By this measure, interest rates are more likely to fall below 1.5%. The RBA statements make it clear it will cut interest rates to new record lows if the jobless rate does not fall below its current 5% quickly,” says Associate Professor Otto.