UNSW has announced the appointment of eminent constitutional lawyer Professor George Williams as the Dean of the Faculty of Law. 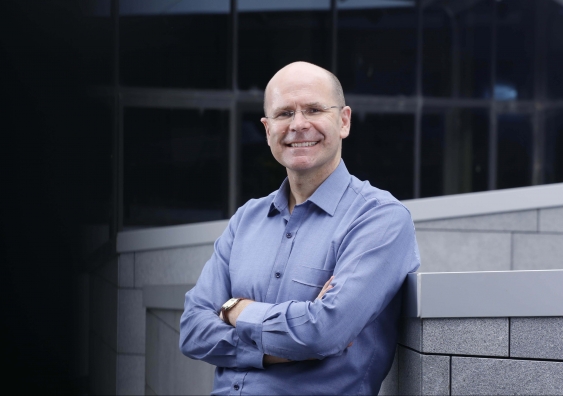 UNSW has announced the appointment of eminent constitutional lawyer Professor George Williams AO as the Dean of the Faculty of Law.

Currently the University’s Anthony Mason Professor of Law, he will take up the role of Dean in June, succeeding Professor David Dixon who will retire after 10 years in the job.

“Professor Williams is one of Australia’s leading constitutional lawyers and public commentators and he brings an unrivalled combination of intellectual leadership, social impact and engagement to the role of Dean,” said UNSW President and Vice-Chancellor, Ian Jacobs.

“I am confident George will build on the law school’s already impressive achievements and guide it to new heights as we implement the University’s 2025 Strategy,” Professor Jacobs said.

Professor Williams joined UNSW from the ANU in 2000, when he was appointed Anthony Mason Professor of Law and Foundation Director of the Gilbert + Tobin Centre of Public Law. He holds an Australian Research Council Laureate Fellowship, which focuses on anti-terror laws and democracy. In addition to his academic work, Professor Williams has continued to practise as a barrister including appearing in the High Court of Australia in some of the most significant cases of the last two decades.

Professor Williams has written and edited 34 books, including Australian Constitutional Law and Theory and The Oxford Companion to the High Court of Australia, and is a highly sought after media commentator in Australia and overseas. He has written columns for The Australian and the Canberra Times, and has provided analysis for ABC TV. He currently writes a fortnightly opinion column for the Sydney Morning Herald on major issues of public law.

In 2011 Professor Williams was made an Officer of the Order of Australia for ‘distinguished service to the law in the fields of anti-terrorism, human rights and constitutional law as an academic, author, adviser and public commentator’.

“Now is an exciting time to be taking on the role of Dean,” Professor Williams said. “The UNSW 2025 Strategy is a bold and ambitious agenda that offers great opportunities to improve our teaching, research and service to the community.

“A focus of my work over many years has been to communicate about the law and to seek law reform that benefits the community. Law schools must do more of this. I want to see UNSW Law make a difference to the quality of people's lives.”

Professor Jacobs acknowledged the work of outgoing Dean Professor Dixon, saying his leadership had taken the Faculty “from strength to strength to enjoy an outstanding reputation for its legal education, research and social justice work and to be ranked in the top 15 in the world”.

Professor Williams said: “UNSW Law has prospered under the leadership of Dean David Dixon. The Faculty is a global leader in providing legal education. My job will be to foster further innovation that again lifts the bar on what a law school can achieve.”

For a full biography of Professor Williams, go to the UNSW Law website.