One of very few researchers examining gender equity in the Australian public sector, Dr Sue Willamson is a finalist in the ACT Telstra Business Women’s Awards. 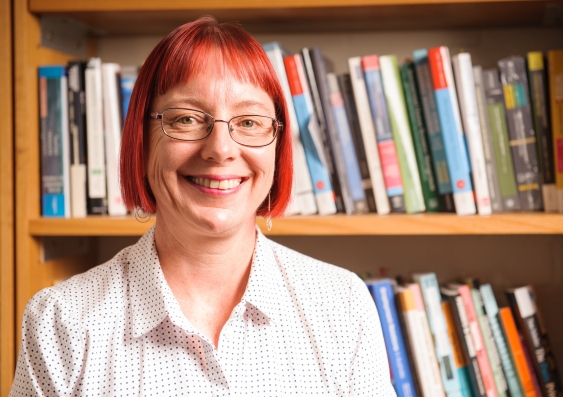 Dr Sue Williamson, a Senior Lecturer in Human Resource Management at the UNSW Canberra School of Business, is a finalist in tonight’s Public Sector and Academia category of the Telstra Business Women’s Awards for the ACT.

Each year the awards celebrate the achievements of extraordinary business leaders. Dr Williamson, through her teaching and research, committed to progressing workplace equity more than 20 years ago.

“Many of the issues which existed then are still issues now: sexual harassment is still rife and takes on new forms, including cyber harassment; sex discrimination is still prevalent, particularly for pregnant women and mothers of young children;and there are still too few women in senior positions,” Dr Williamson said.

“There are very few researchers examining gender equity in the Australian public sector, yet this is important as the public service has traditionally been considered to be an employer of choice for women.

“Ways to progress gender equity in this sector need to be shared, and I am fortunate to be in a position to do this,” she said.

“UNSW Canberra has provided me with resources and support, with excellent mentors, and enabled me to mentor other colleagues, and students."

UNSW Canberra provides university education for the Australian Defence Force Academy (ADFA), which, Dr Williamson says, has also undertaken a significant amount of work in progressing gender equality. She says this demonstrates that both the military and the UNSW Canberra staff are committed to this goal.

“Women in the Australian Defence Force are one of the last bastions of a strong male culture in Australia,” Dr Williamson says. “I have seen great changes here, with an increased awareness of gender equality and diversity and inclusion issues amongst the students. I am pleased to be able to contribute to this culture change.”

Dr Willamson says the Telstra Business Women’s Award provides a unique opportunity to focus on how gender equality can progress in the workplace,and in society more generally.

“While much progress has and continues to be made on gender equity, persistent inequality remains, evidenced by the stubborn gender pay gap, lower levels of women in leadership, and workplaces which still adhere to a ‘male breadwinner’ model of working.

She says the award nomination will allow her to contribute to the ever-present, ongoing community debate about gender equality. “Becoming a finalist would also show that the work of a committed feminist is worth celebrating, and may give courage to those on the same path who are facing challenges.”

“I’m unaware of who nominated me for this award, but am greatly indebted to the individual who did so!”

The winners of the 2017 Telstra ACT Business Women’s Awards will be announced at a Gala Dinner in Canberra on Friday 29 September 2017.

State and Territory category winners will be flown to Melbourne for the National Awards judging, followed by a celebration dinner, later in the year.