The Migrant Worker Justice Initiative is participating in a project examining the rights of migrant workers in developing countries. 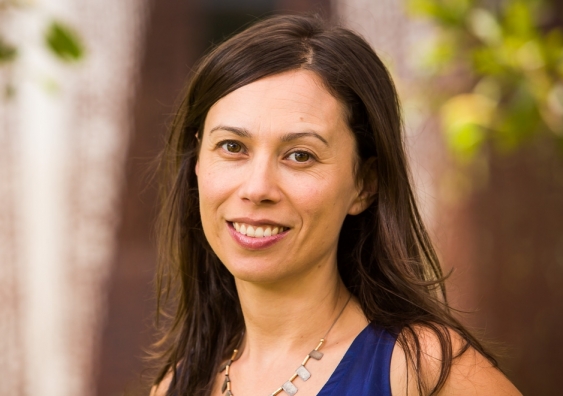 Bassina Farbenblum, UNSW Law academic and Co-Director of the MWJI.

Migration has the potential to improve the lives of those who migrate as well as their communities back home, while also bringing essential labour and other contributions to their country of employment.

But as UNSW Law academic and Co-Director of the Migrant Worker Justice Initiative (MWJI) Bassina Farbenblum says, these benefits are undermined when migrants face unequal access to services, information and decent work.

“These inequalities are exacerbated by a lack of rights, or migrants' inability to enforce their rights and obtain remedies when their rights are violated,” she says.

The MJWI, co-led by Ms Farbenblum and Dr Laurie Berg (UTS Law), will help examine these issues by engaging in the largest study into global migration in the world.

Led by UK Research and Innovation (UKRI), an independent funding agency investing in science and research in the United Kingdom, the £20 million ($36.4 million) hub will work with 20 leading universities, six international and numerous local organisations in exploring how the movement of people within the Global South affects inequality and development in less developed regions.

Ms Farbenblum says that, until now, relatively little attention has been paid to the relationship between inequality and migration among countries in the Global South, which refers to economically disadvantaged countries in Africa, Latin America and parts of Asia.

“The global research hub aims to better understand the drivers and impact of inequalities by engaging with researchers, policy makers and practitioners in the Global South, along with migrants themselves, to understand their experiences in reality, which may differ from what is assumed in top-down development programming,” Ms Farbenblum says.

It will also investigate how South-South migration contributes to the UN Sustainable Development goals.

'The global research hub aims to better understand the drivers and impact of inequalities by engaging with researchers, policy makers and practitioners in the Global South, along with migrants themselves, to understand their experiences in reality.'

While many migrants move for improved economic opportunities, some are forced to migrate due to persecution or conflict.

The MWJI strives to improve the enforcement of rights for migrant workers by conducting research which provides governments, businesses and civil societies with pragmatic new pathways for reform.

“Migrant workers are routinely exploited by unscrupulous recruiters in their home country and by their employers abroad. Our empirical research provides an evidence-based understanding of the structural drivers of that exploitation and the legal and practical hurdles that prevent migrant workers accessing redress and recovering the money they are owed,” Ms Farbenblum says.

“We engage with migrant worker advocates, unions, and business and government regulators locally and globally to overcome these hurdles and improve regulatory, policy and service frameworks.”

Ms Farbenblum previously undertook pioneering studies that identified barriers to justice for Indonesian and Nepali migrant workers in the Gulf states. The MWJI has undertaken the largest national empirical study on migrant workers’ employment conditions and access to justice for exploitation within Australia. Funded by the Open Society Foundations, the MWJI also recently released a global study on technologies designed to reduce exploitation of migrant workers and improve enforcement of rights.

Ms Farbenblum says the hub will provide “an unprecedented opportunity to collaborate with exceptional partners throughout the Global South to advance enforcement of rights and remedies for migrant workers”.