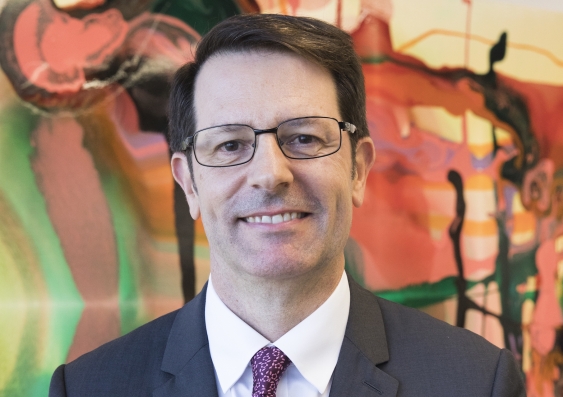 In August 2018, six class actions against credit rating agency McGraw-Hill Financial Inc, on behalf of local councils and charities who had been mis-sold risky financial products, settled for $215 million.

The settlement equated to about 90% of the total claim.

But after the funder of the action took $92 million, and legal costs came to $20 million, the members of the class action received just 48% of the settlement (or 43% of their losses).

The case is a good example of what UNSW Professor of Law Michael Legg says has been increasingly occurring since class actions were introduced into the Australian court system 18 years ago.

“The idea behind class actions was to try to improve people’s access to justice, by allowing for the sharing of costs in bringing litigation, so reducing the cost for the claimant,” Professor Legg says.

“But what's happened is the funder and the lawyer are taking large cuts of the recovery, and the people who have suffered the harm are only recovering 50 or 60 cents in the dollar.”

“That's what they've got to take care of their injury or replace the lost savings they were using for their retirement.”

“Our court system, which is meant to be there to right wrongs, is being used as a money-making exercise for the funders and the lawyers,” he says.

The Law professor, who has researched class actions for 15 years, was heavily involved in the groundbreaking Australian Law Reform Commission (ALRC) report, Integrity, Fairness and Efficiency – An Inquiry into Class Action Proceedings and Third-Party Litigation Funders.

The report, which looked into concerns that profit generation for lawyers and funders was being prioritised over the interests of claimants, came out in January.

The ALRC asked Professor Legg and Professor Simone Degeling, also from UNSW Law and who specialises in private law, to be members of the Academic Expert Panel which advised on the report, and their research is referred to in the report.

Professor Legg and UNSW Law lecturer Dr James Metzger also provided a written submission to the inquiry which is cited extensively in the report.

The ALRC made 24 recommendations which it says aim to “promote fairness and efficiency in class action proceedings; protect litigants from disproportionate costs; and assure the integrity of the civil justice system”.

These include giving the Federal Court much greater power to be able to control class actions by supervising and varying litigation funding, as well as determine who contributes to the cost of the class action.

The ALRC stopped short, however, from supporting a statutory licensing regime, which it had proposed in the discussion paper that preceded the report.

Litigation funding licences had been previously recommended by both the Victorian Law Reform Commission and the Productivity Commission.

“The ALRC’s recommendations make significant headway in wresting control of class actions from litigation funders and plaintiffs’ lawyers, and giving the court oversight and greater control so as to protect both group members and the court’s processes,” Professor Legg says.

The report also made recommendations on how the Federal Court can deal with competing class actions.

“James Metzger and I said there should be a certification requirement, similar to but less burdensome and costly than in the United States where you can’t commence a class action unless the court says you can,” Professor Legg says.

“This would have put control firmly with the court. The ALRC decided against this approach, but did accept our suggestion that the court should as a matter of principle choose the proceeding that best advances the claims and interest of the group members in an efficient and cost-effective manner.”

The most controversial recommendation, according to Professor Legg, is to legalise contingency fees for lawyers involved in class actions.

“James and I suggested you could have a contingency fee, but it operates only in the class action, and that’s what the ALRC has recommended,” Professor Legg says.

“So there will be a lot more protections for the group members than they would have outside of the class action context, but it’s still going to be controversial ... I think this could actually be a way to bring down the costs of class actions – which is a little counterintuitive.”

Another issue which attracted a great deal of interest was shareholder class actions.

The ALRC reported that the median percentage of a settlement paid to group members involved in shareholder claims between 2013–2018 was 51%.

In 2008, the UNSW Law Journal published an article by Professor Legg describing the ‘perfect storm’ of events that had created shareholder class actions in Australia.

“In the following 10 years, shareholder class actions went from obscurity to the most common form of class action,” Professor Legg says.

The ALRC recommended a further inquiry into continuous disclosure (a company’s obligation to immediately disclose material information to the market), which is the cause of action most commonly used to support a shareholder class action.

“Reforming continuous disclosure pits corporations, directors and insurers against many shareholders, including superannuation funds,” he says.

“Those who have to disclose want greater certainty about what is required and less legal liability.

“Innocent mistakes can result in large damages claims, however those who rely on the disclosure worry that the market will not be adequately informed.”

The government will now consider the recommendations.