Harj Narulla is the fourth student from UNSW Law's commencing class of 2008 to win a coveted Rhodes Scholarship to Oxford University. 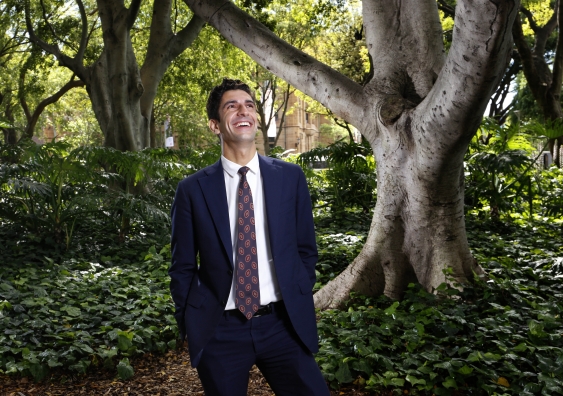 Harj Narulla is the fourth UNSW student in three years to win a coveted Rhodes Scholarship to Oxford University.

The scholarship has previously been awarded to a who’s who of Australians in public life, including Malcolm Turnbull, former Prime Ministers Tony Abbott and Bob Hawke and former governor-general Sir Zelman Cowen.

“Our best students are, obviously, brilliant. But they are more than that – they are socially engaged and globally focused."

“I’m really excited and grateful for the opportunity,” says Harj, who was announced as the 2016 NSW Rhodes Scholar this week. “It will be great to see all my classmates again and meet the other Rhodes scholars. There’s a really close network that develops between people who have that in common.”

He plans to study comparative constitutional law models for the recognition of Indigenous peoples, with hopes of working for the Aboriginal Legal Service upon his return.

It was an area that piqued his interest after living on campus and meeting Indigenous students.

“Coming from Tasmania, living on campus was the first time I’d really had the chance to meet Indigenous students from around the country,” he says. “From that, I got involved in tutoring and mentoring programs and worked with the Aurora Project and the Indigenous Law Centre.”

He also became interested in environmental and media law while at University, as well as international mooting and playing competitive football.

“The format and teaching at UNSW Law is exceptional,” Harj says. “There’s a focus on being as well-rounded as possible. In that environment, it’s easy to get caught in the slip-stream of engagement and achievement.”

That engagement and achievement is shared by his four gifted siblings – all of whom are UNSW alumni or current students.

“The format and teaching at UNSW Law is exceptional. There’s a focus on being as well-rounded as possible. In that environment, it’s easy to get caught in the slip-stream of engagement and achievement.”

“Our best students are, obviously, brilliant. But they are more than that – they are socially engaged and globally focused. This makes them especially strong for the Rhodes,” says the Dean of Law, Professor David Dixon. “They want to study overseas because they know law is now not just a domestic matter, but has major international dimensions.

“Harj is a great example. A brilliant student, but also someone who made big contributions to his world while a student,” Professor Dixon says.

Each year, nine Rhodes Scholarships are available in Australia to enable outstanding students – chosen on the basis of exceptional intellect, character, leadership, and commitment to service – to study at the University of Oxford.