As the Chinese economy slows and demand for mining resources declines, Australia must look to its other areas of strength – agriculture and financial services – to drive economic growth, says Fariborz Moshirian. 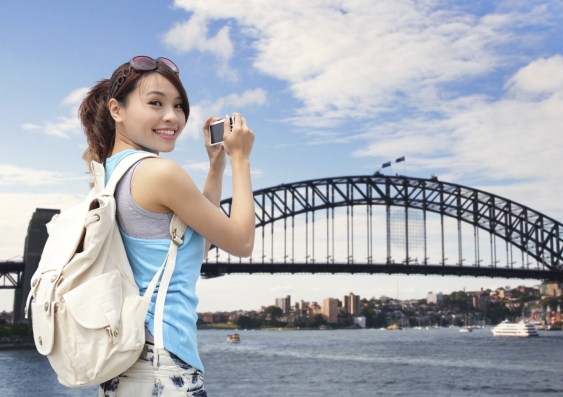 Fariborz Moshirian​ is a professor in the school of banking and finance at UNSW Business School and director of the Institute of Global Finance, which works on financial policy in collaboration with New York University's Volatility Institute, leading business organisations and international institutions such as the Asian Development Bank and the World Bank. On the eve of the annual Australasian Banking and Finance conference, organised by the Institute of Global Finance and with a focus on regional financial stability, Moshirian spoke with Julian Lorkin for BusinessThink.

BusinessThink: Globally, the economy seems to be recovering quite nicely from the recession of six or seven years ago.

Fariborz Moshirian: That's right. [But] I think when you look at the latest economic outlook by the IMF, they have downgraded the global economic outlook to only 3.1% this year (2015), which is one of the lowest, if not the lowest, economic outlook since the global financial crisis. And the reason for that is because we tend to look at the textbooks written, say, 20 years ago, when you and I went to university to learn macroeconomic policies, where we learnt that if the interest rate is very low – now nearly close to zero – you should have strong economic activities which would then be followed by higher inflation and higher interest rates.

But we are not seeing that, simply because the global financial system is now much more complicated and the global economy is highly interdependent and so we haven't yet established a new financial architecture which allows us to address the interdependence of nations. And for that very reason, when we ask the business community, "Are you going to invest in the next three to five years?", they say, "We know that the interest rate is very low but we don't have confidence about the future and that's why we are slowing down our investment projects". And for that very reason you can see in many parts of the world [that] economic activities are not that good.

BT: So what can bring back that confidence to the global economy?

Moshirian: I think they would like to see a financial system which is going to avoid or mitigate substantially another global financial crisis; where, for instance, the banking system is going to remain solid and sound, they are going to have certainty about the stock market and they are more certain about interest rates – and exchange rates, which are fluctuating, as you know, around the world all the time. And when they don't see some of these key instruments well in place, the business community is holding on to its cash, which is massive, and they are not basically investing enough. And hence you are not seeing substantial economic growth, employment growth – even in the US we know the employment growth is slowing down; and of course in Japan, China, the European Union and Eurozone we are not seeing really substantial economic activities.

BT: Chinese economic growth a few years ago was very high – above 10% or 12% if you believe some of the figures. It has slowed down quite markedly to only 6%. What's happening with China, because in most economies they would be very happy to see a GDP of around 6% or 7%?

Moshirian: That is true, and I think what we are seeing at the moment in China is a number of forces influencing the Chinese economy. The first is that they want to shift from [an] export-led economy to a more consumption-led economy domestically, and encourage people to consume more.

But more importantly, the Chinese economy is trying to move from the manufacturing sector to the services sector, and of course this shift means that there are going to be substantial restructurings of different sectors in the economy, which is contributing to a slowdown of the Chinese economy in recent times, not to mention an over-capacity of many sectors in China as result of the way in which they invested in infrastructure in the past. And so what we are seeing here is the neighbouring countries like Japan and Korea, where they used to export a massive amount of goods to China, are not able to do so because the Chinese economy is slowing down.

The German economy is suffering to some extent because they are not able to export enough to China, and so in effect a slowdown in China is influencing European countries, Asian countries, and not to mention of course Australia which is highly dependent on the prosperity of China.

BT: And that impact in the Australian economy is affecting everybody because nobody anticipated that there would be such a sharp slowdown in China. What does this mean in terms of employment on the ground? What is going to happen over the next few years in Australia with this sharp slowdown?

With the rise of the middle-income consumers in Asia – we are talking about 800 million consumers – can we expand our agriculture sector from 2.3% of our GDP?’

Moshirian: What we are seeing are a number of factors influencing the Australian economy. The first one is the price of raw materials like iron ore has declined substantially because of a slowdown of economic activities in China. That means that the Australian government is collecting much less tax revenue from all these large mining companies, which in effect is contributing to our large deficit or increase in our debt.

The second factor is when you are having a slowdown in the mining sector you are influencing the level of employment, even if they are not creating too many jobs, but other sectors which are reliant on mining sectors have been influenced by that. But at the same time, what we are doing in Australia is trying to re-think our future as an economy.

Another sector [in which] we have prosperity in the medium term is financial services – banking and insurance. If the Chinese are demanding less iron ore from us, or the price they're paying us is not that much these days, why can't we expand our financial products to the Chinese market where we are having more value-added products? Can we sharpen our productivity in the manufacturing sector where we can have more value-added manufacturing products?

So, in effect, the slowdown in the Chinese economy is allowing the Australian economy to reflect on [its] own strengths and potential for the future, and we should see it as an opportunity for Australia to restructure [its] economy to become more modernised for the 21st century.

BT: How about the other sectors of our economy? In particular, the mining sector that for many years we were told was going to be very strong. People invested heavily in new mines, huge new coal mines, iron ore mines, and unfortunately resources prices collapsed just when all this new capacity came online. What are the opportunities for them? Should they just be moth-balled for the next 10 years until prices go up again?

Moshirian: Anyone investing in resources obviously knows it's very risky because it's an issue of demand and supply in the world. At the moment, obviously the outlook doesn't look very promising but nevertheless, the counter argument is that we are looking at more Chinese population coming to the eastern part of China, so there is going to be more construction.

India is prospering and therefore we are looking at the Indian market and in the medium term maybe we shouldn't rule out the prosperity of the mining sector. But the other side of this spectrum is that technology is changing the composition of goods that they produce. And I think for that very reason it is good for the Australian economy to diversify its sectors, and not rely too much on the mining sector, and look at other sectors which could add value. Products such as financial services, the agriculture sector, processed food and of course, high value-added manufacturing products.

This article was first published in the UNSW Business School publication BusinessThink.

Income inequality may be declining but financial vulnerability is increasing