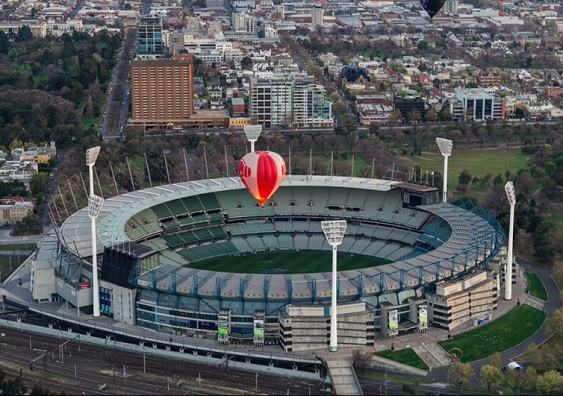 As Sydney and Melbourne prepare for their respective footy grand finals, the economic impact of sporting events should never be underestimated, says UNSW Business School’s Tim Harcourt.
“Melbourne is expecting a tourism windfall at the weekend,” says Harcourt, who is UNSW's JW Neville Fellow of Economics.  “The West Coast Eagles have won through to the AFL grand final. Thousands of their supporters will be flooding into Victoria this weekend, and spending money there. It’ll be a major boost to the state’s economy.”
He says the AFL is a money spinner for all concerned – and great for tourism too. “Even last weekend’s finals generated a huge amount of cash, with Freemantle versus Hawthorn generating about $24 million for the WA economy thanks to interstate visitors. It gave a huge boost to the state – and a welcome fillip to Virgin and Qantas.”

"The economic impact of sport should never be underestimated. It’s one of those feel-good events that regardless of the outcome, keeps many Australian businesses booming.”

Even so, Harcourt says, the West Coast versus Hawthorn climax will be nothing compared to what could have been if the grand final were an all-West Australian event. "That would have made travel agents and hotel salivate.”

Harcourt says although it didn’t eventuate, a historic local derby between Fremantle Dockers and West Coast Eagles this side of the Nullabor would have resulted in "extra flights needed and keen Perth footy goers flying any way they could to get to Melbourne, via Sydney, Brisbane and even sometimes Singapore and Bali”.
With only one WA team in the final, there'll still plenty of eastward traffic, he says.
In the other code, the NRL, there is also a perfect storm with North Queensland Cowboys and Brisbane Bronchos in an all Queensland grand final. “Some 20,000 extra interstate visitors are expected to come to Sydney from over the Tweed, with an estimated economic impact of $17 million into the NSW economy. The total event turnover is around $30 million including flights.”
Once those games are over, Harcourt says fans will put on their club scarves for the A league soccer season and travel to the UK for the Rugby World Cup. “For Australian followers of four codes of football, too much sport is never enough – and that’s even before we talk cricket and the spring racing carnival.
"The economic impact of sport should never be underestimated. It’s one of those feel-good events that regardless of the outcome, keeps many Australian businesses booming.”
Twitter Facebook LinkedIn